The Ultimate Subaru - The Bugeye 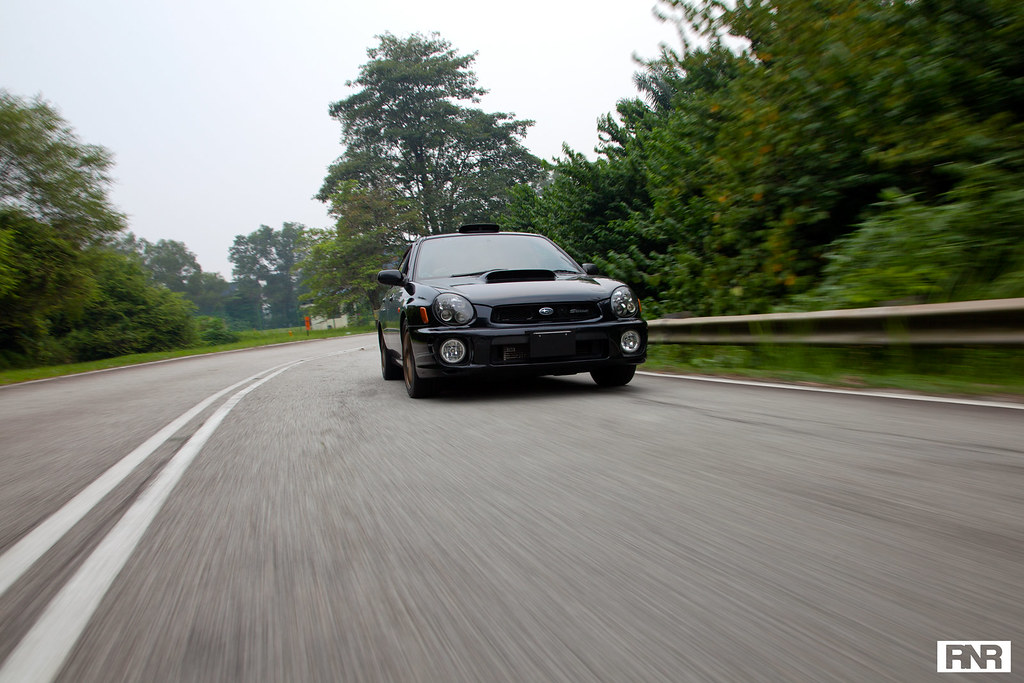 Still considered the most extreme factory-built STI (Subaru Tecnica International) to date, the S202 was introduced in 2002 (coindence?) and it was all sorts of STI wizardry. This model and trim level is heavily sought after by Subaru enthususiasts to date, with its current price tag being proof of that claim. Why? Only 400 units were ever made. The later S models specifically the S203 and S204 were heavier due to added unecessary luxury items, whilst the S202 emphasized on reducing weight. 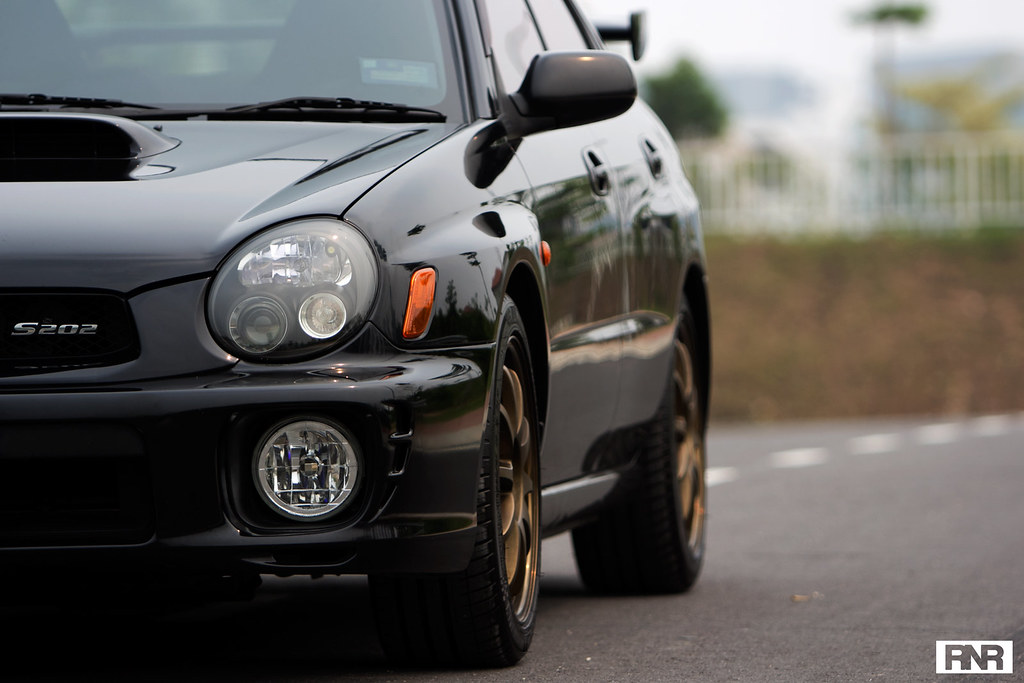 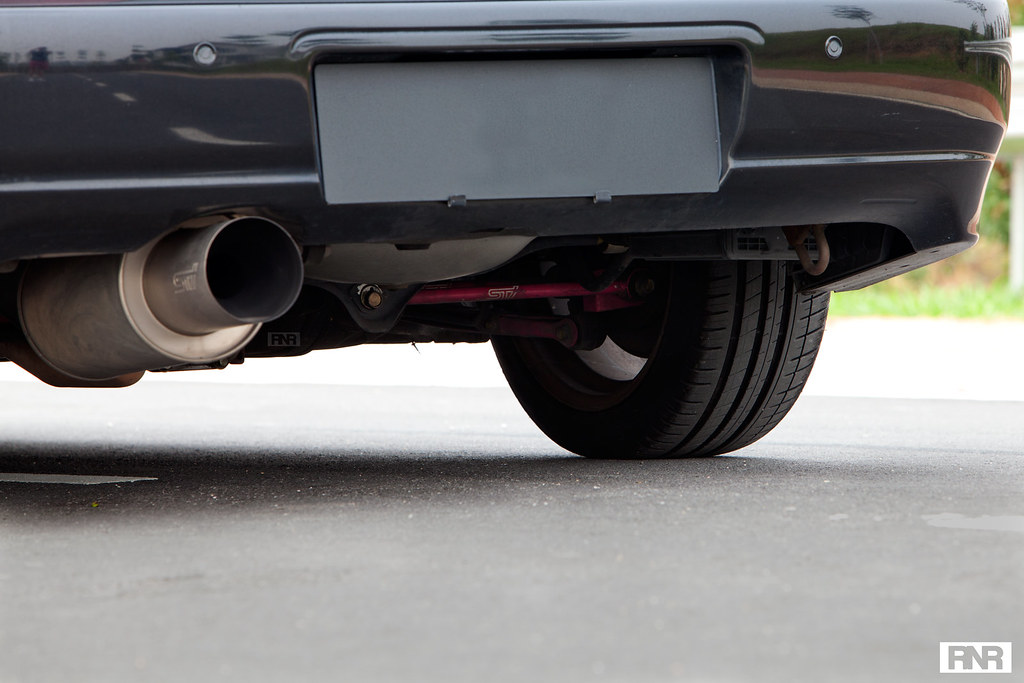 So what's with the special treatment and why only 400 units made? Based on the Type RA Spec C (RA stands for Rally Applicant) the S202 was made with very specific reasons : racing and driving feel (which also translates into driving pleasure). The car doesn’t come with a heavy rubber under carriage coating that reduces road noise, all it is, is 'lightly' painted metal. The trunk (or 'boot', depending on which part of the world you're from) was left bare metal too. No thick heavy carpets, lightweight aluminum hood (or 'bonnet', again depending on which part of the world you're from), thinner door skins and cards, thinner glass windows (yes, you read right, the glass is thinner), special fitted lightweight STI parts to replace the lower arms, lightweight alternator, etc.

However, lacking all that sound proofing doesn't make sitting inside a droning nightmare. With the special STI titanium muffler, it enhances the iconic burble sound of the boxer without transferring too much noise into the cabin. The 6.9kg 17" rims were made by Volk Racing, personally I think it looks a lot like the CE28N. Although the model that this S202 was based on has no air conditioning, Subaru decided air conditioning was required so they fitted a lightweight air-cond compressor.

How much exactly? 140kg+ total weight shaved off. 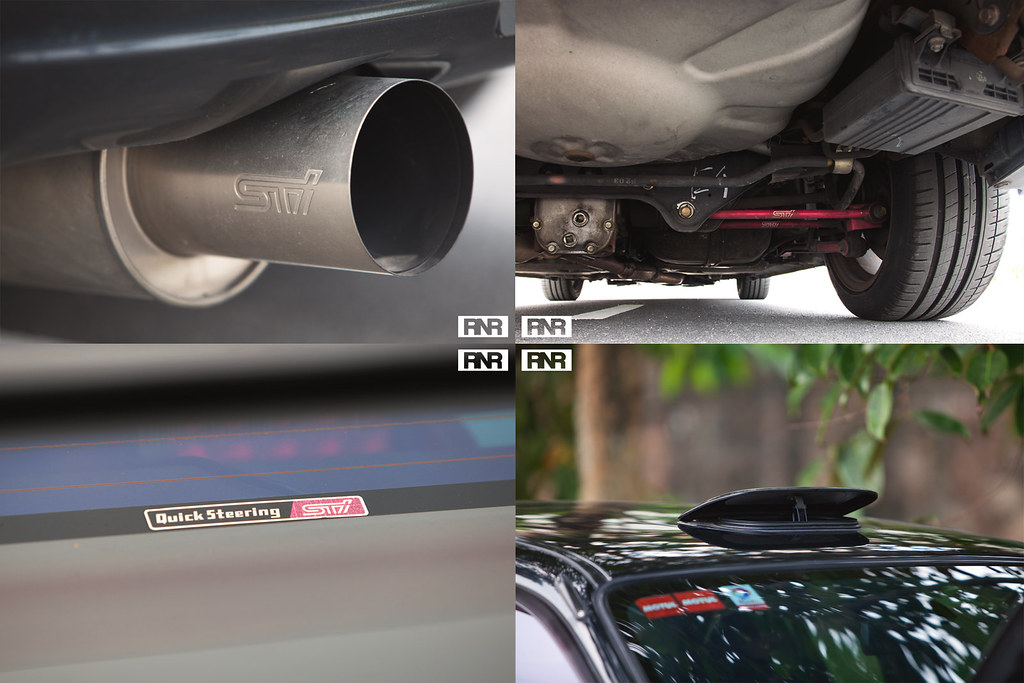 Interestingly, the S202 was the first car to roll out of the factory after the dimissal of the ‘gentlemen’s agreement’ (all Japanese cars could only have a maximum of 276hp). It rolled out with 320hp with 1330kg kerb weight! Subaru further enhanced reliability by adding an oil cooler kit as well as a bigger intercooler spray reservoir that sits behind the back seats. Weight distribution much? The steering rack was swapped out to one with an uprated ratio. In this model, they also redid some of the internals too. Polybdenuem coated pistons were used to lower friction, hollow intake valves and sodium filled exhaust valves. Yes, sodium - it acts as a heat transfer agent in the combustion chamber. The ECU has been tuned to be sporty by the STI boffins, what they did however is still a mystery to most people. If anyone knows, do let us know in the comments below. 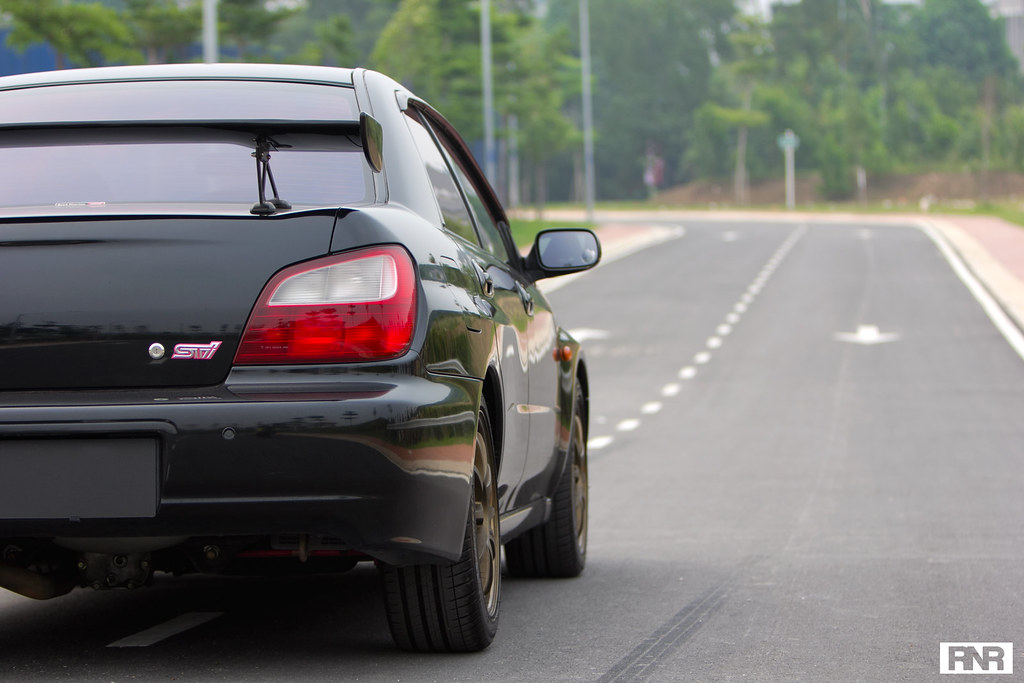 5 years later, the 216th S202 landed in Malaysia from Japan. Interestingly, the first owner was a lady! Good thing all 3 owners appreciated the S-lineup philosophy, not ruining it with aftermarket tuning, retaining most of its original parts. Anything 'original' changed out was replaced with new wear and tear parts. A new aftermarket radiator went in due to its age along with worn out brake discs. The S202 affectionately known as the 'Bugeye' is already 13 years old, wear and tear parts were bound to be swapped out sooner or later! Original suspension is neigh impossible to source, Wallace the owner of this Bugeye is still on the lookout for a set of original S202 suspension, but there's only a handful of Bugeyes in Malaysia and only 400 units worldwide so finding a set much less a set of good condition ones will be a challenge. So a set of BC Racing BR coilovers were installed instead. . 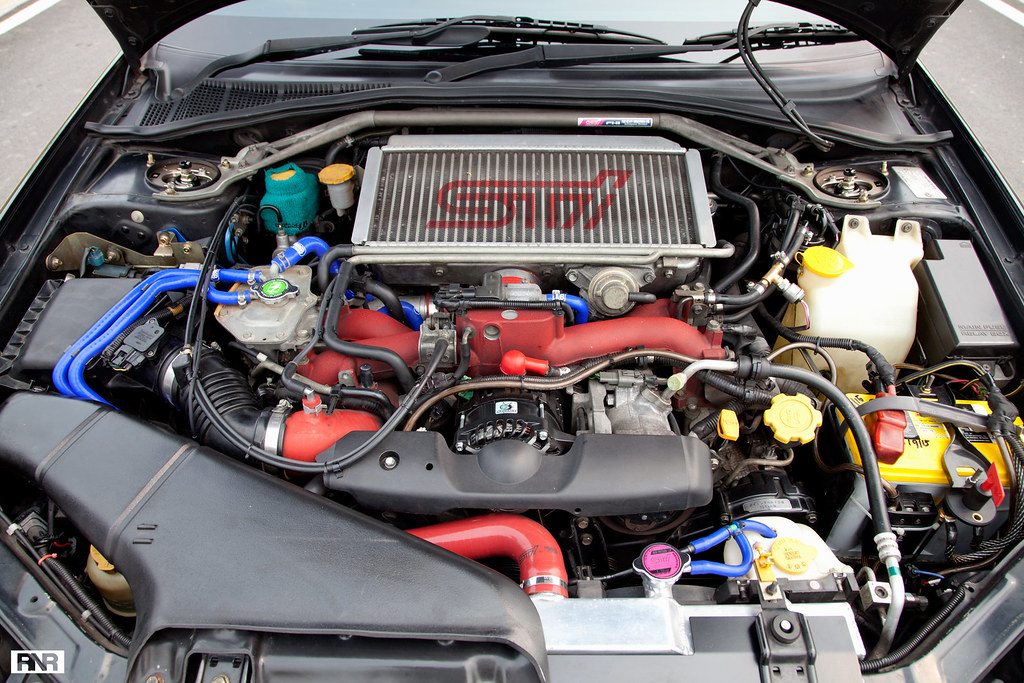 When Wallace bought this car earlier this year, the car didn’t produce enough electrical charge. The headlights would flicker whenever the fan kicked in. This can be annoying due to Malaysias sizzling weather and bumper to bumper traffic often activating the fan. Flickering eventually will damage the bulb, so the lights had new ballasts fitted, but that only helped a little. The battery kept draining very quickly too. Another S202 alternator was replaced thinking it would resolve the issue with the charge but it didn't. Wallace eventually caved an bought an aftermarket Advance H.E 130A rated Japanese alternator which resolved all the electrical issues he had. Top tip for all you top Subaru S202 owners - upgrade your alternators. 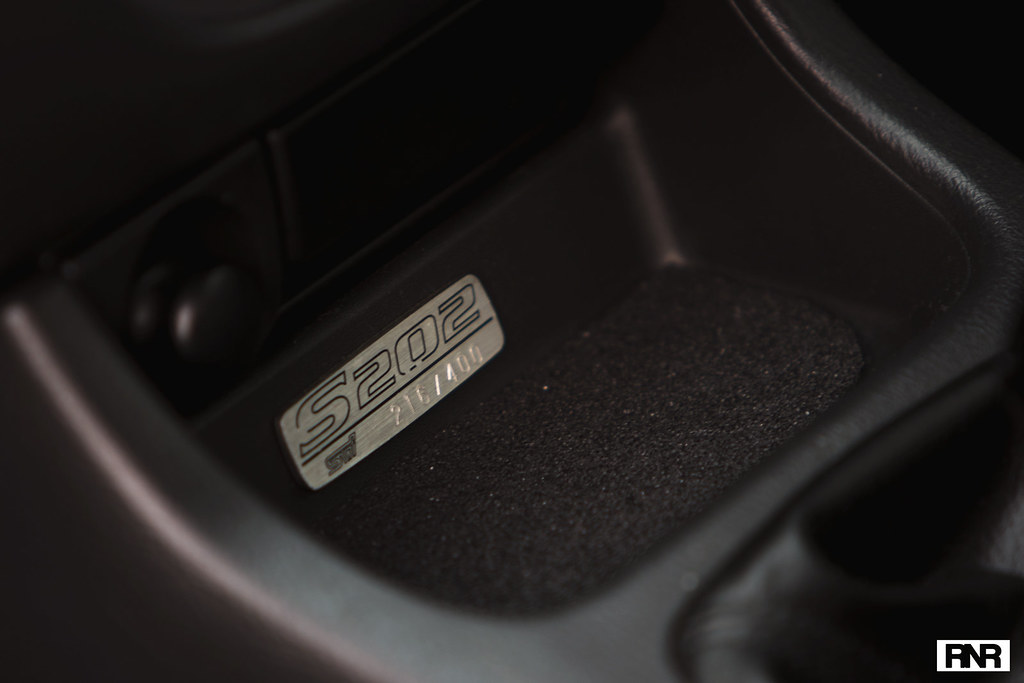 Believing in originality for reliability, Wallace is determined to enjoy the car as it is without major modifications unlike our earlier featured EF which was all about mad NA power. Wallace even swapped back to original the ‘loud’ M7 blow off valve previously insalled by the earlier owner. Even the black paint is the original paint from factory. The car had dings everywhere so the car was painstakingly (and expensively!) repaired by a master bodyshop craftsman without any use of putty - just a knocking hammer!

This is the first time I have been exposed to Subaru tech as I have always been more of a Mitsubishi fan (no haters). But I do what I do and write what I write because I love the stories that come with each RNR article. We learn while we enjoy the work we do.