The Immaculate Tezza & The one off IS250

Successor and predecessor but different philosophies. 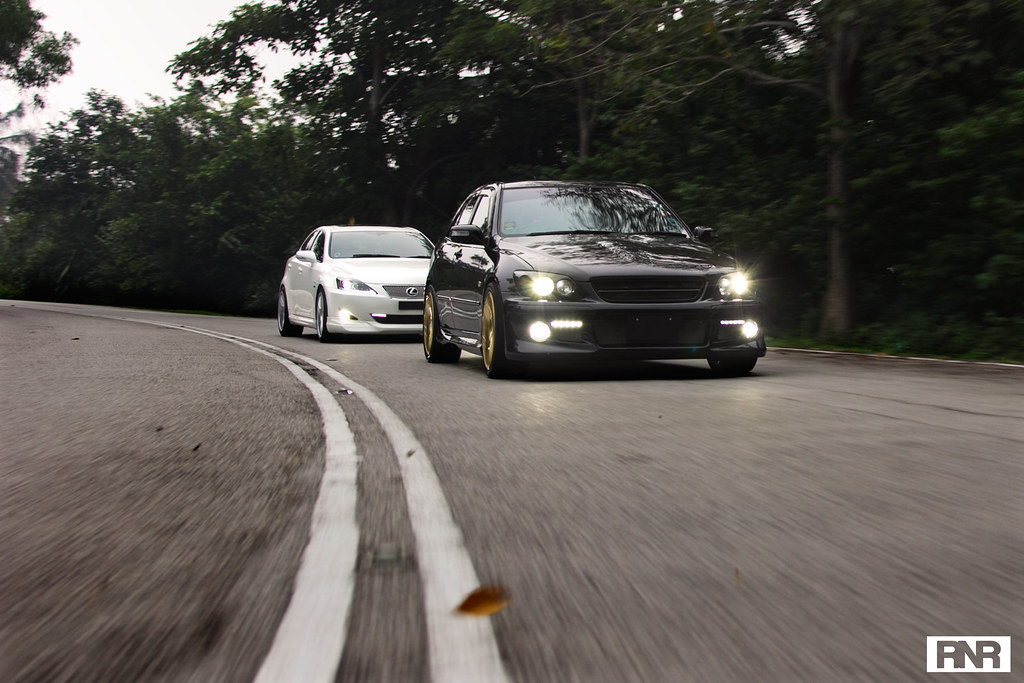 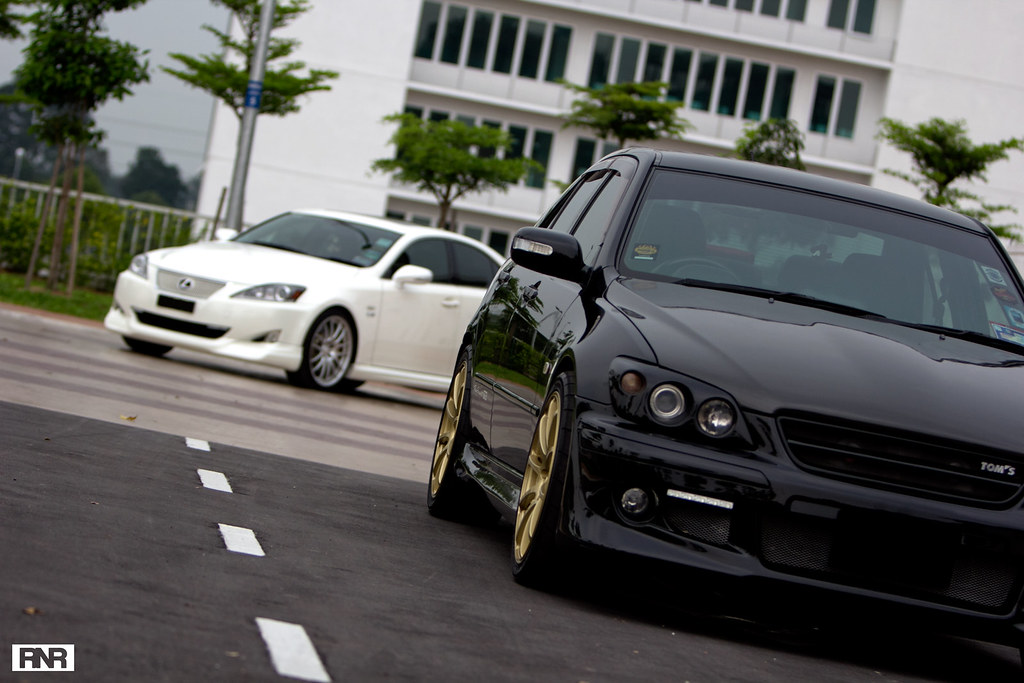 Finally an Altezza feature! I’ve always been a fan of the Toyota Altezza, the 50:50 distribution, rear wheel drive (most important!), the double wishbone suspension and the inexpensive but versatile engine. What do I mean by inexpensive? The 18 year old Yamaha tuned 2.0 3SGE BEAMS engine came out from the factory with a back-then-impressive 210hp at the crank. The very comfortable luxurious Altezza sedan was supposedly geared to go head-to-head with the BMW 3 series and Mercedes Benz C Class 18 years ago. 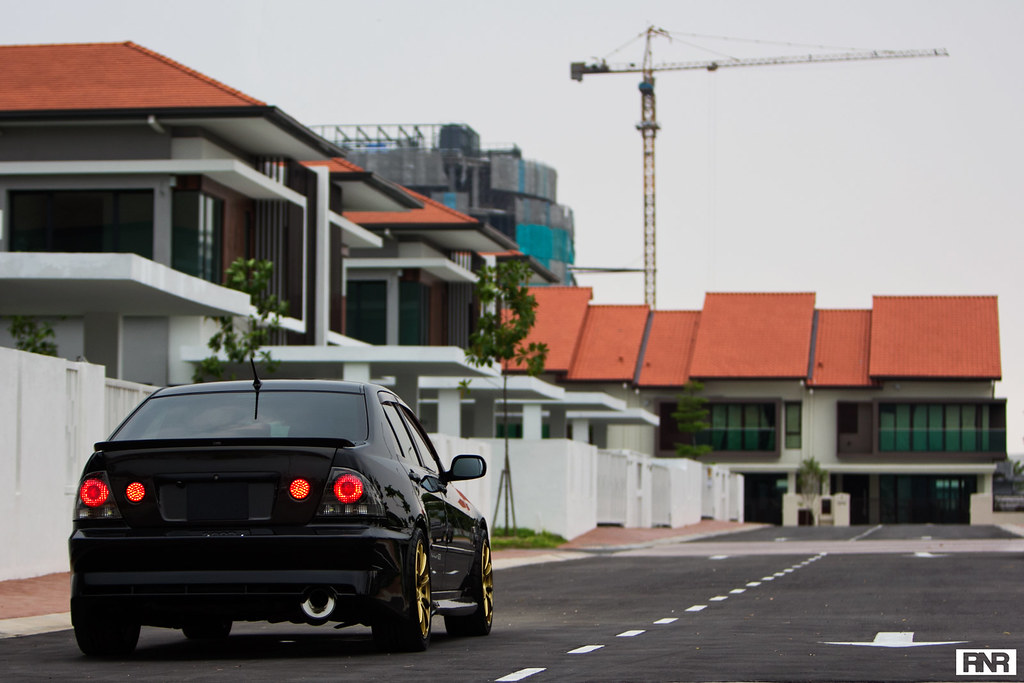 Being an Altezza fanatic, I can list a dozen reasons why the Altezza is a good car : affordability - priced very reasonably it is relatively inexpensive to buy today. And if I want to replace my slow-daily with an Altezza I'd still have 4 doors and a decently sized boot. I've befriended a few Altezza owners over the last couple of month and they were kind enough to invite me for some of their meets and touge runs. During meets, there was always mention of an immaculate black Altezza with lots of carbon fibre bits, but the Altezza rarely ever makes an appearance at meets. After hearing all the stories I asked an Altezza owner (thanks JuPing!) to give me this mysterious cars owners number. 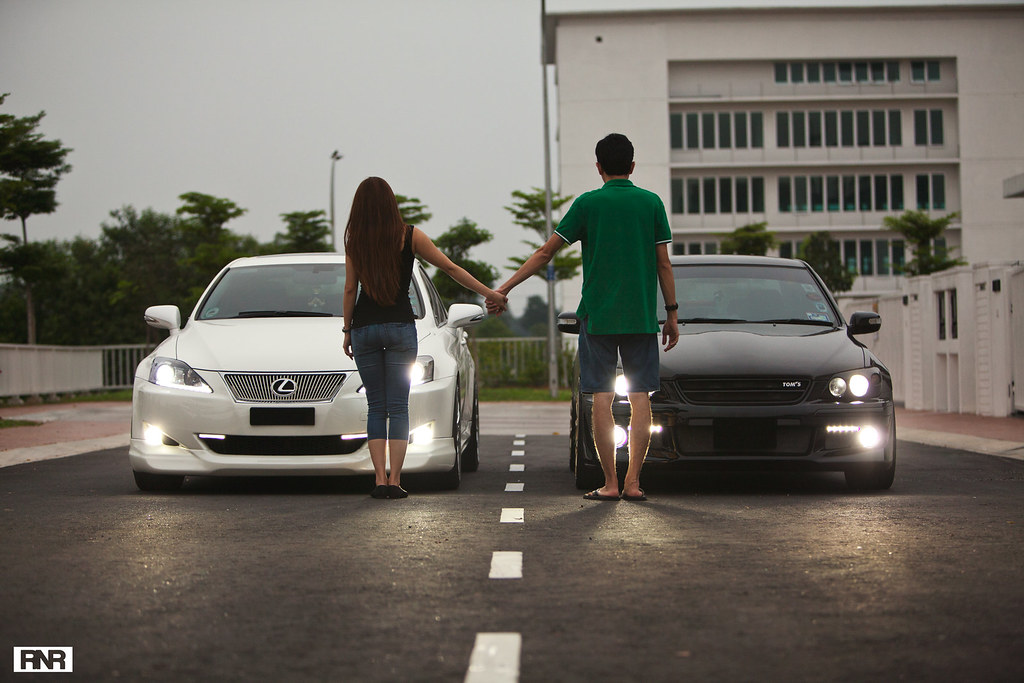 I caught the owner at a good time as he was planning on stripping the JDM INGs+1 IS250 down to bare-bones stock just 2 days after the shoot! The Altezza might be stripped soon too but at later date. I managed to convince Austin (the mystery owner) to let us cover both the Altezza and IS250 before the de-modding. He agreed! Austin and Vivian both turned up with Vivian driving the IS250. Austin, you lucky man. 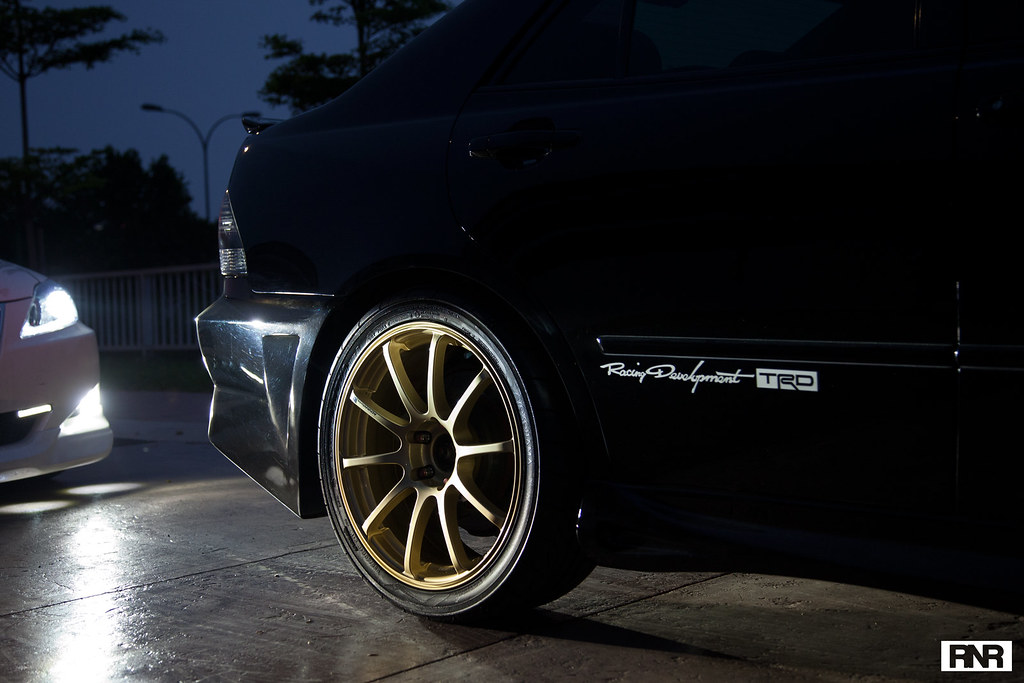 Austin bought the cars with the same mentality most Malaysia car enthusiasts have - reliable enough to be daily driven, and have fiddle-worthy potential. The Altezza was his initial purchase, it's main job was to get him to work while making the journey entertaining/interesting. How else to lift the spirits after a long day of work? 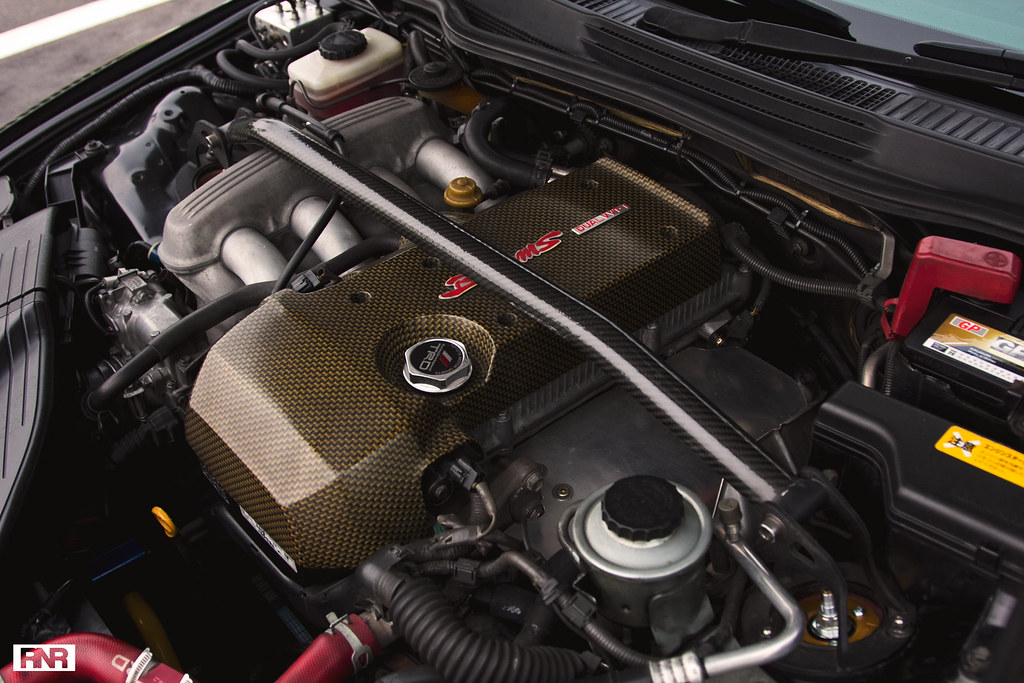 Soon after, Austin found a new G5 engine and transmission for sale. G5 is the last generation of Altezza drivetrains which is a collection of all the good stuff Toyota has been tweaking after years of manufacturing the 3SGE and J160. The 2.0 high revving engine has decent power but the long gear ratios made it feel like it took a century to complete the century sprint. So a 4.7 final drive was swapped in. The engine received mild modifications with Toda mild cams and valve springs (as a set). The G5 drivetrain has been selling like hot cakes recently in Malaysia. Rumour has it Toyota is selling all their leftover stock. If you are looking for one, check related Facebook groups, price is well below RM10,000 (USD2400+). 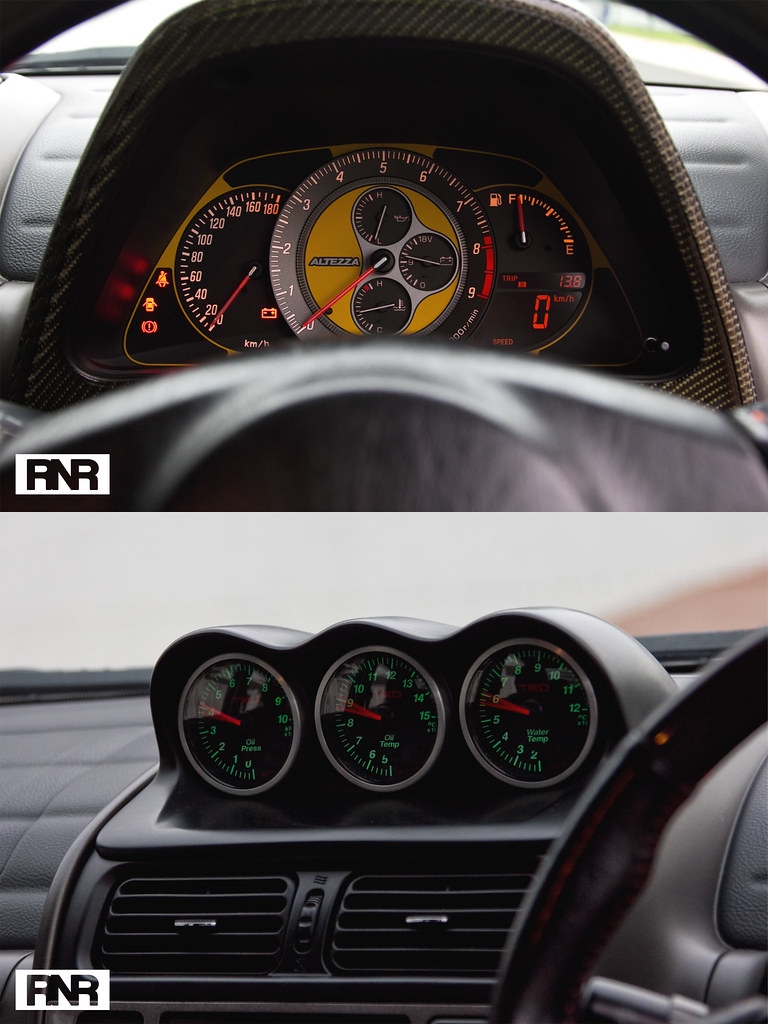 Being online savvy, Austin searched for Altezza parts everywhere from Yahoo Auction and Facebook groups to refresh his tired Altezza. In a matter of months, he stockpiled parts such as the rare yellow G5 cluster and other new bits and pieces. Like any typical JDM car, the speedometer doesn’t go more than 180km/h even though this car is more than capable of breaking that limit, afterall the big rev counter smack in the middle revs all the way to 8800rpm! Austin opted to have the car tuned with an Apexi PowerFC to release all the Yamaha-restricted engine power. 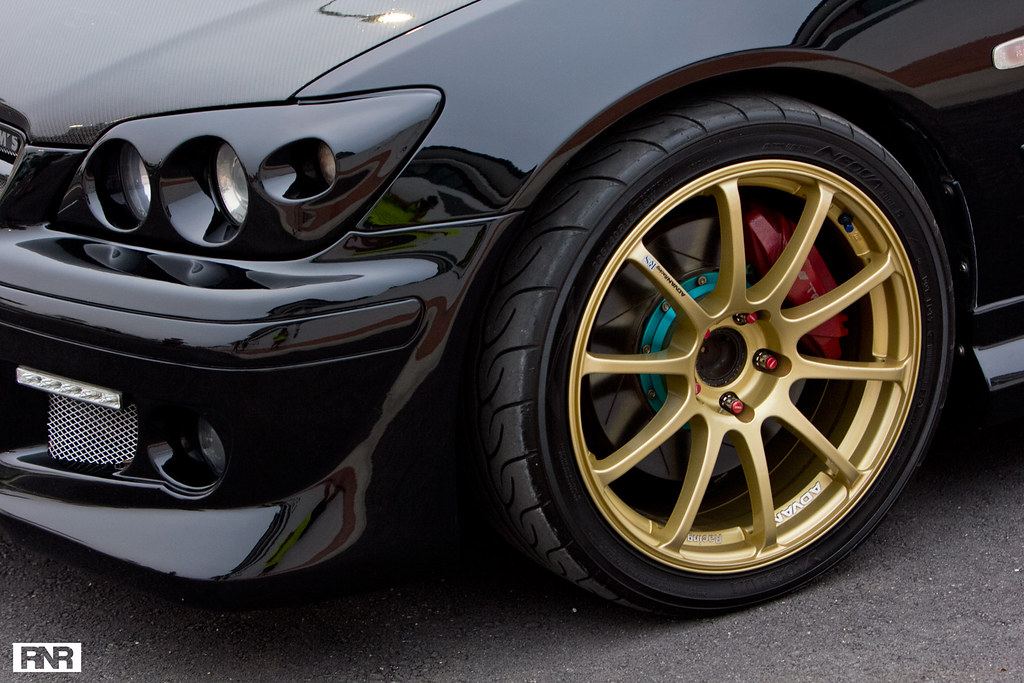 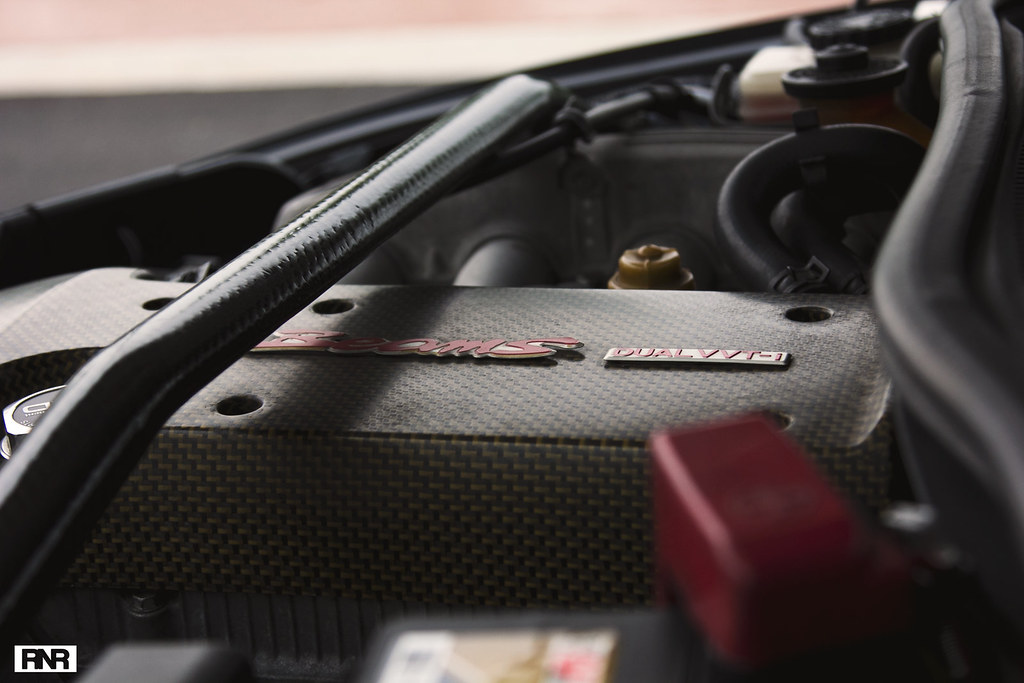 The Altezza isn't just all show and no go. It has a set of HKS Hipermax coilovers as well as a whole bunch of TRD and TOM’s chassis bars to complement the chassis. Big TRD 4 pot brakes with the ever popular Project Mu rotors and pads ensure the car has plenty of stopping power. All these modifications are further complemented with a good set of the sticky AD08Rs and lightweight Advan RS rims. On the outside a carbon fibre trunk, hood, HKS front bumpers & grille and SARD rear bumper & side skirts. All these exterior mods put together give the car a Nobuteru-Taniguchi-HKS-drift-car look especially with the wheels! One of the few tastefully executed Altezzas in Malaysia.

This car might be 16 years old but inside, it feels like it's no more than 3 years young. Top notch Toyota build quality or the Austin’s gentleman touch? 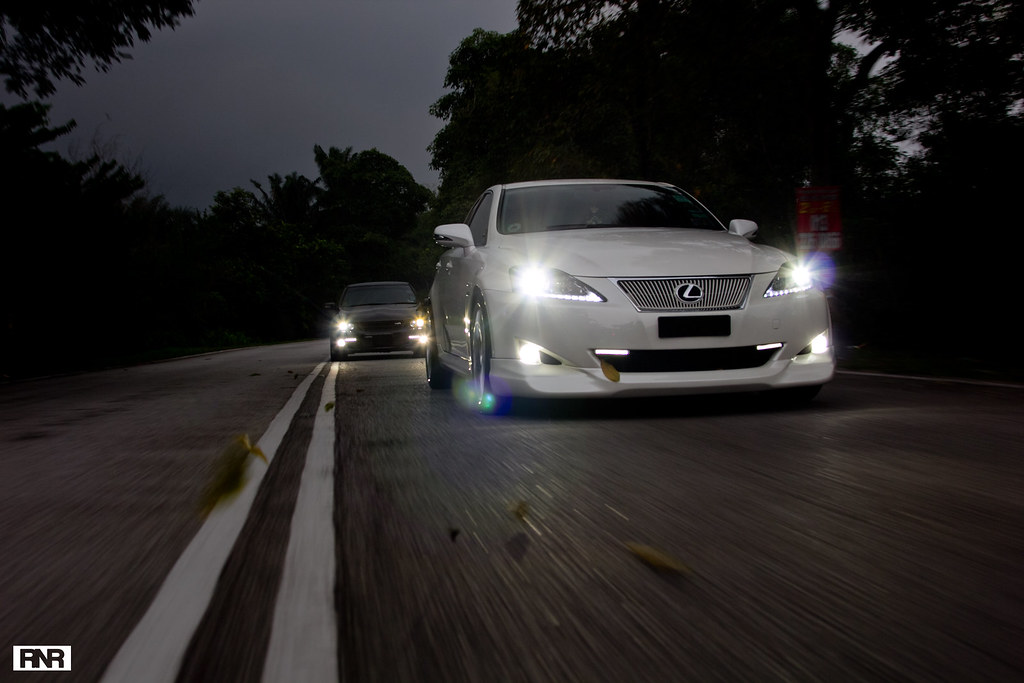 The IS250 was purchased for the girlfriends daily fuss-free driving. Although this car wasn't for him, the cars in the market weren’t up to his expectations. Being a pilot by profession, Austin has been exposed to a lot of different international cultures and build styles, so he wanted something unique and different for Vivian. The INGS+1 version of IS250 was shipped in to Malaysia from Japan by Mutiara Motors, much like the Greddy RX8 we featured couple of months ago. 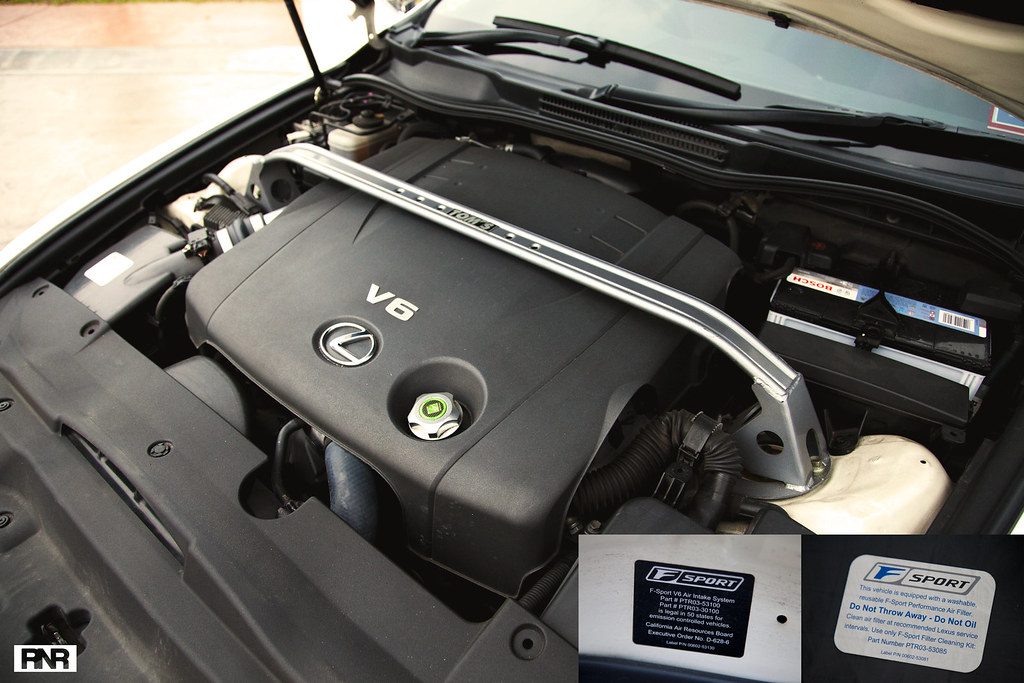 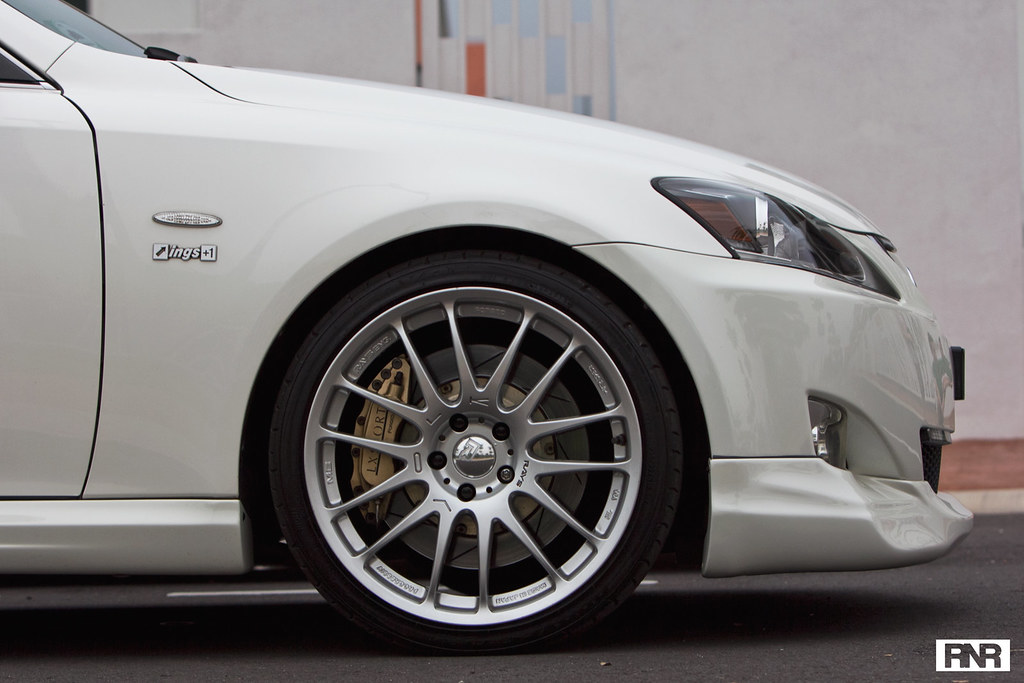 The IS250 has been given the INGs+1 in-house surgery with an uprated TOM’s ECU, fuel map controller as well as chassis bars. It sits on the ever elegant Forged Volk Racing Progressiv ME wheels. There's no slack in the brakes department, a massive Endless brake system is there to stop this 1.6 tonnes cruiser. Since the IS250 didn’t come with an performance oriented air intake system, Austin got the F Sport intake system to help the V6 breathe a little better. As always the V6 exhaust sounds very smooth and bassy! Austin even has a unique carbon fibre looking tissue box from Lexus! The IS250 has some questionable night undercarriage lights - I personally find it acceptable though. 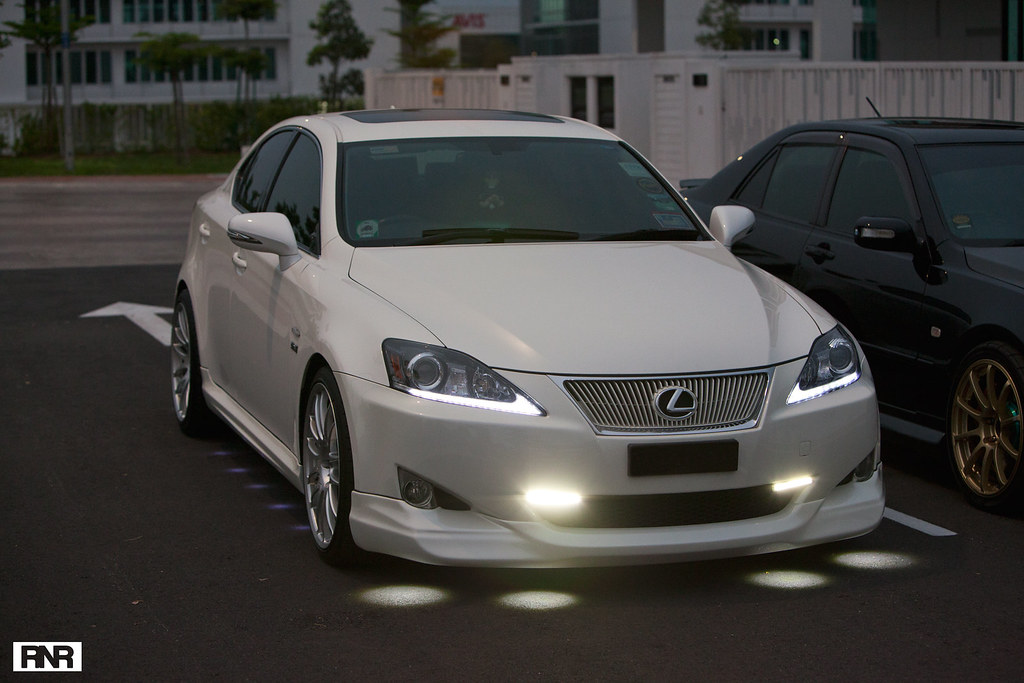 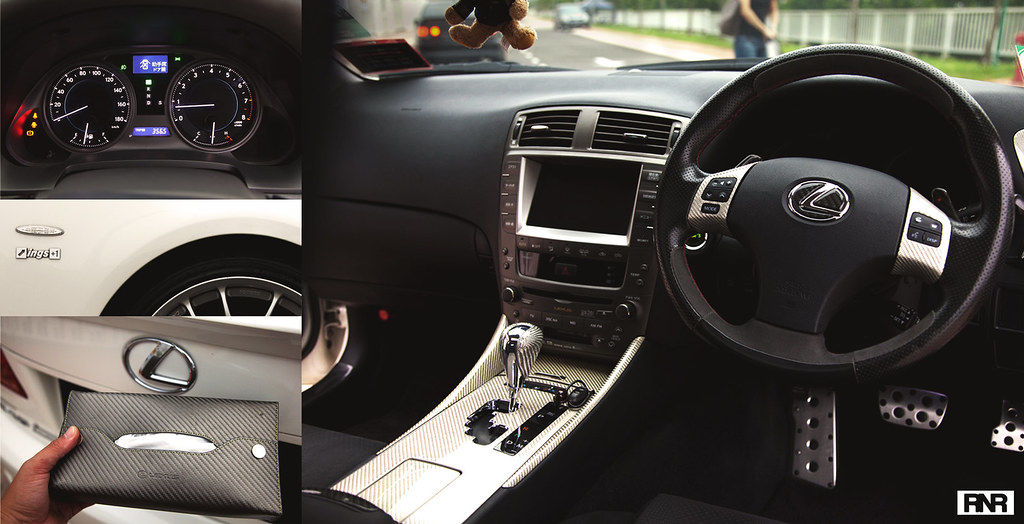 The IS was the successor of the XE10 platform and it started production in late 2005 immediately stamping its mark in the market. Good job to Lexus for coming up with an 'affordable' Lexus for the masses. However the predecessor the Altezza was built to be driven spiritedly with its lighter weight and revvy engine. The enthusiasts gave mixed reviews for the successor. 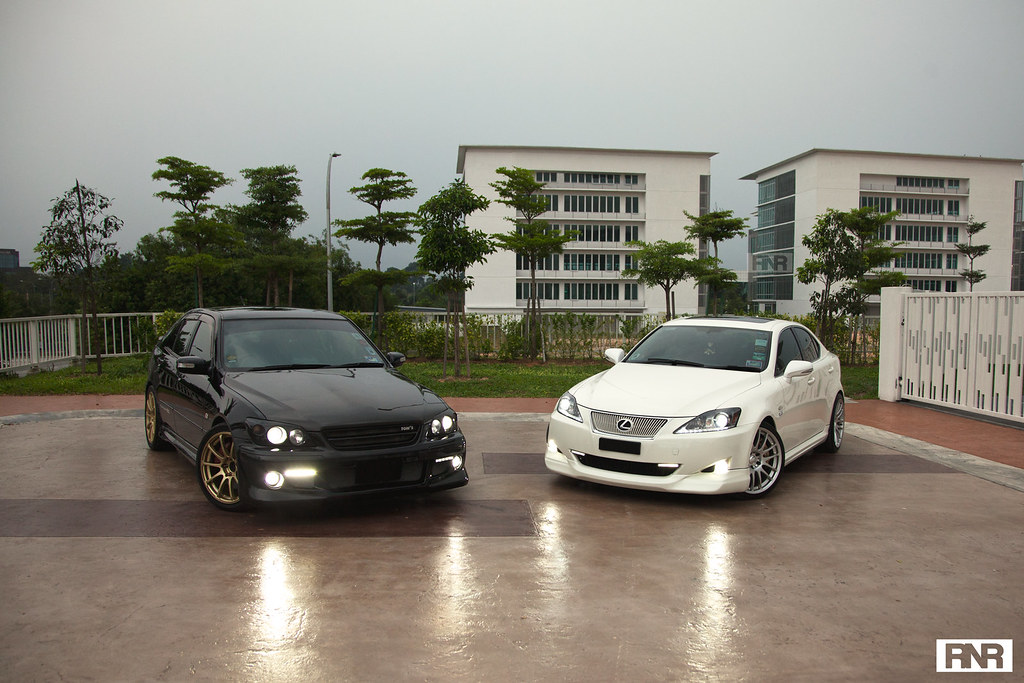 A huge thanks to Austin and Vivian for being so sporting and acommodating our insane requests as well as JuPing for hooking us up.

I look forward to more Altezza features! *Not being biased, I swear*