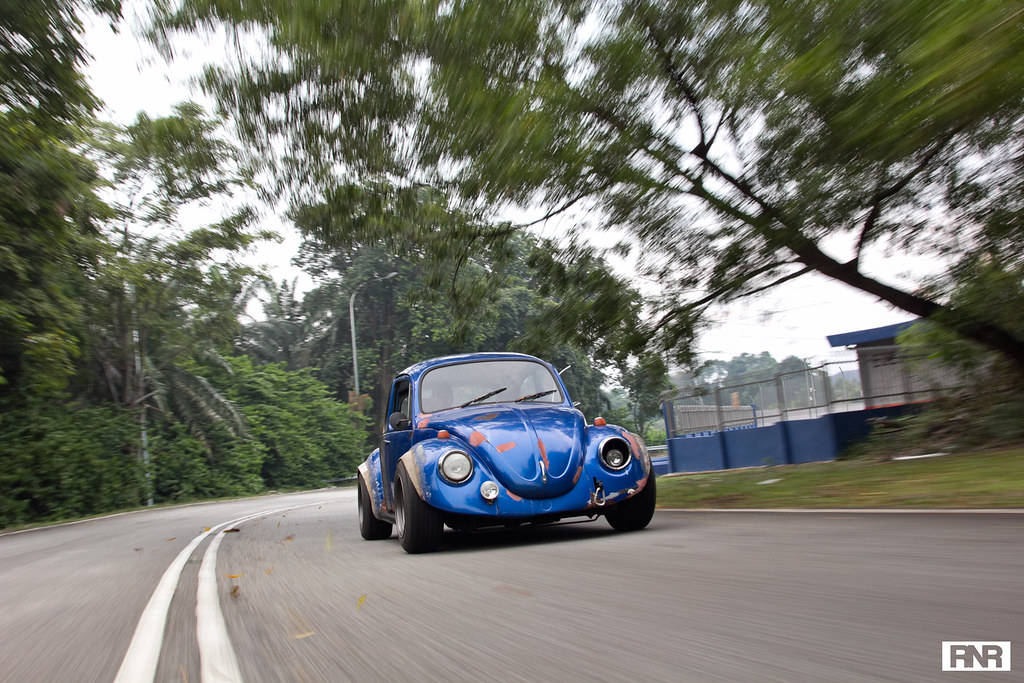 Sometime back, whilst hanging out at AHM Technik waiting for a friend, the guy manning the shop was left alone while his colleagues went to grab lunch. As my usual self, I put up my friendly face and started a friendly conversation with the guy. Afterall, that’s how friendships are made and how the number of Facebook friends increase.

We talked about the usual car topics and he introduced a few interesting cars, however only one really grabbed my attention - a Wankel powered Beetle. I love seeing builds like this - something that you would normally see in other countries. Sure there are unusual builds here in Malaysia but it's probable that Malaysian car owners are just shy and don't want public attention. After verifying the build via pictures, I set up a meeting with the owner of this unusual 'bug'.

This is Thanas' first car bought in 2010 for only RM2700 (about USD900). The car was in dire need of a rebuild from top to bottom. Not only was there rust but the engine block had cracked as well. His father went to Muar (located in Johor state) and bought the original Beetle air-cooled 1300cc engine to replace it. 2 years later, he upgraded it to be 1600cc and a few months later, he bolted a turbo onto it. Almost all engines can be forced inducted, but this engine is somewhat ancient. The oil pump didn’t support it well, then there were complications with the carburettor and the turbo. Thana managed to solve all those issues after a few months however, he was not satisfied with the power. 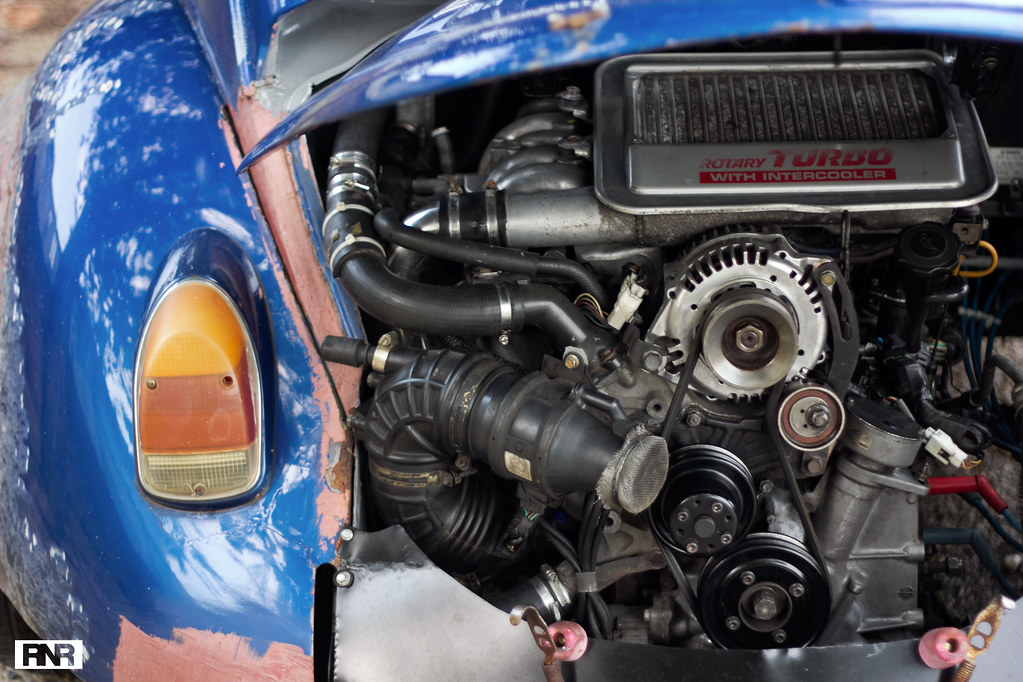 Every car enthusiasts will say this about their cars - that they are capable of so much more and there are so many fancy options out there. Thana originally planned to modify the original engine, however the parts are rare (in Malaysia) and quite expensive. Most needed to be imported and he was still in high school. After much deliberation, swapping the engine out was the only way to go and considering the aftermarket support and uniqueness, he decided that the 13B-DEI from RX7 FC3S would be a better choice than the more commonly swapped Boxer engine from a Subaru 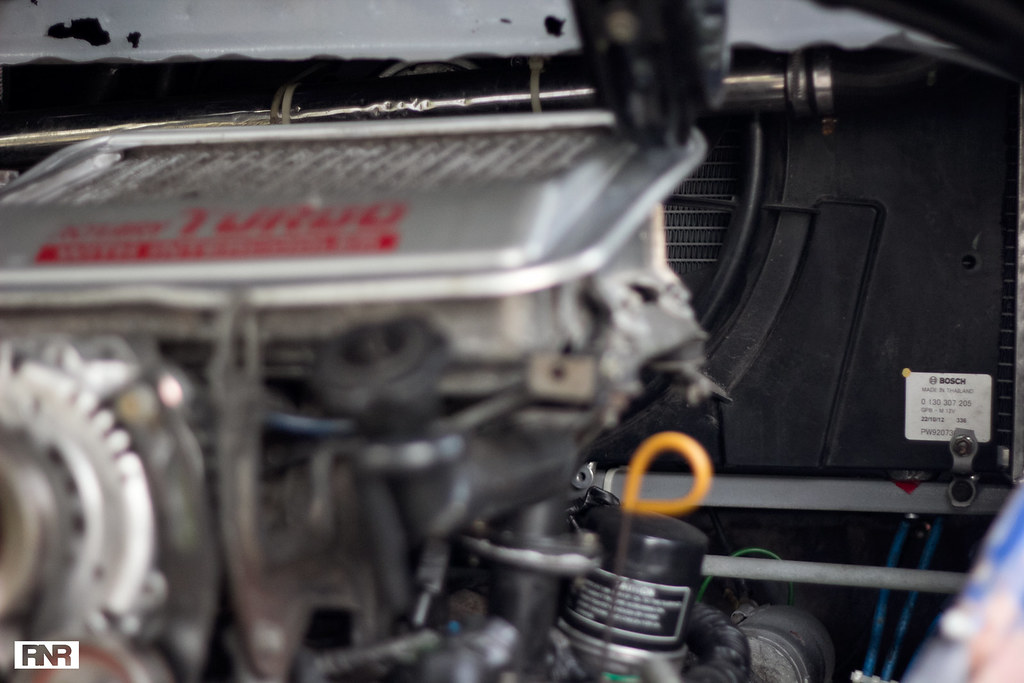 Anyone knows the limits of the Super Beetle gearbox? It seems to be able to take a lot of power even in OEM guise (queue online DIYers Mighty Car Mods Beetle 'Daisy'). Thana made a custom adapter for the gearbox then had the radiator relocated to the front but the engine didn’t like that much. The coolant wouldn't flow properly since the original water pump wasn't designed that way and if Thana insisted on mounting the radiator in front he would have needed an expensive external water pump. As the original design goes, the engine was air cooled to maximize space. So to mount a big radiator to cool a hot engine like the rotary is a big task! A friend helped Thana to do a widebody with side scoops to direct air into the back straight to the radiator.

Thana had issues putting the power down so he fixed the clutch slippage by using two diaphragms. Thana interestingly did all of these mods himself (some with assistance from friends) and his knowldge comes from the fact that he's still a student of a local automative college. Things you learn studying in an automotive college! 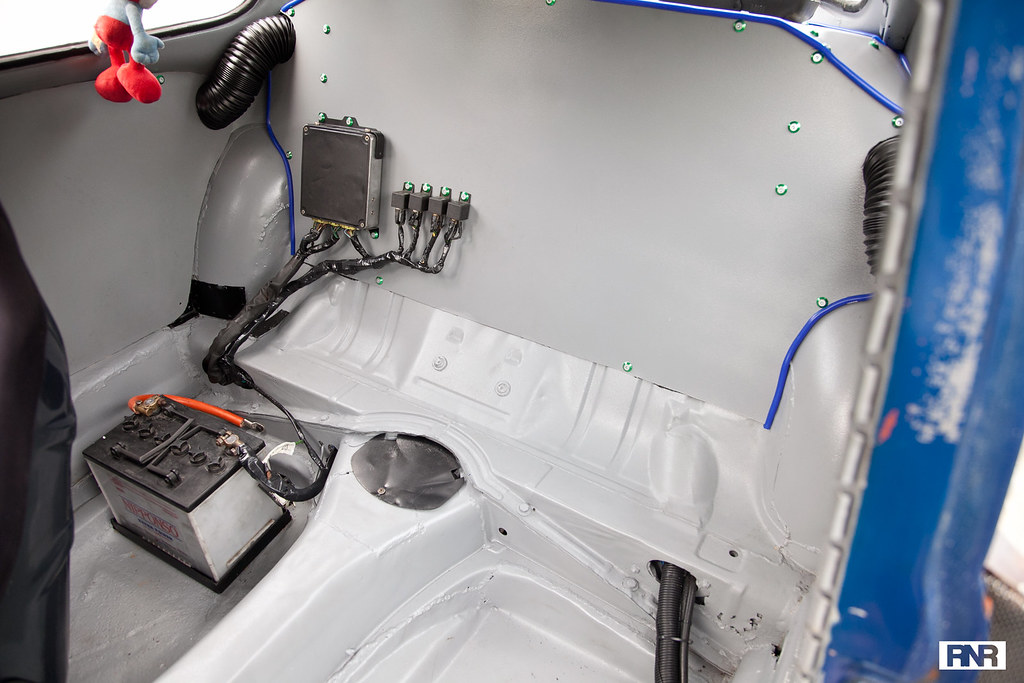 The interior was sorted with a fresh coat of paint as well as new aluminium covers for the radiator and modifying the inner panels to let the air be directed to the radiator. 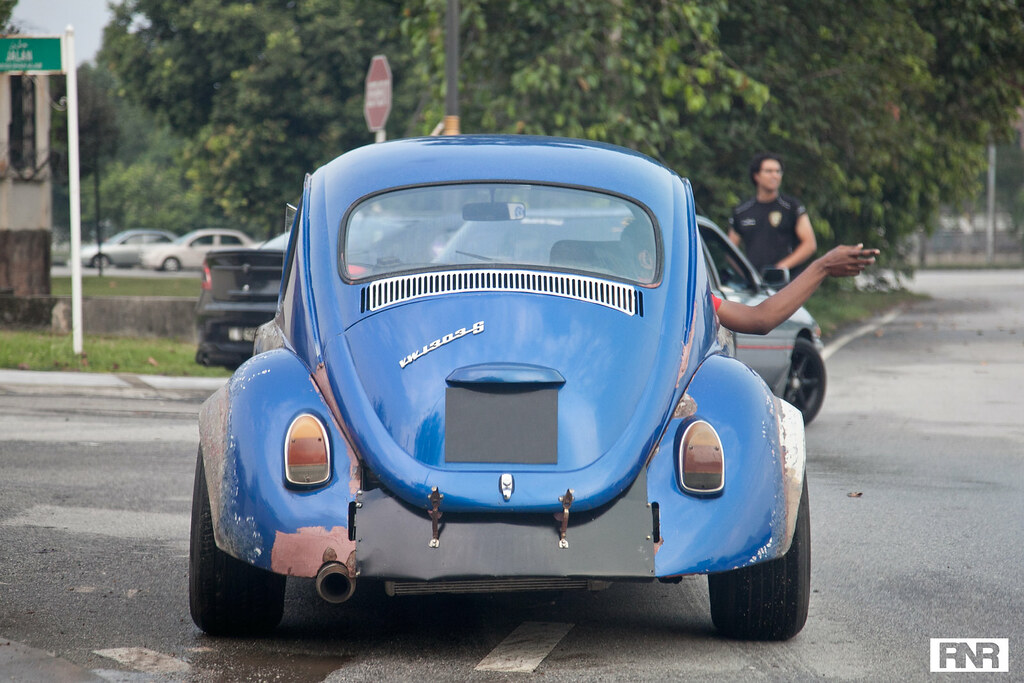 As the title stated, this is an ongoing project, which may continue until he gets married, have kids and grows old! Bit by bit, Thana will continue to add to the monster mutated bug. He has been giving the 'bug' a lot of love and the hood of the bug even has a rusty heart to prove it.

Whilst the exterior still needs a lot of work, we have faith in Thana and his project and hope to soon see a fully built immaculate Wankel Beetle. Continue smoking those supercars and do keep us posted Thana! 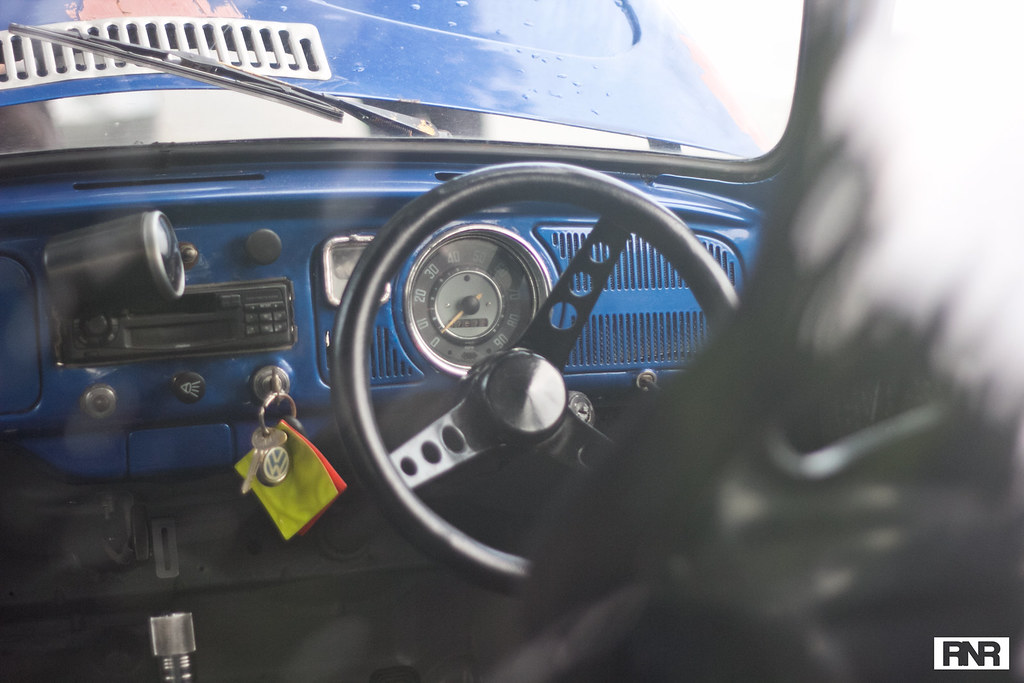