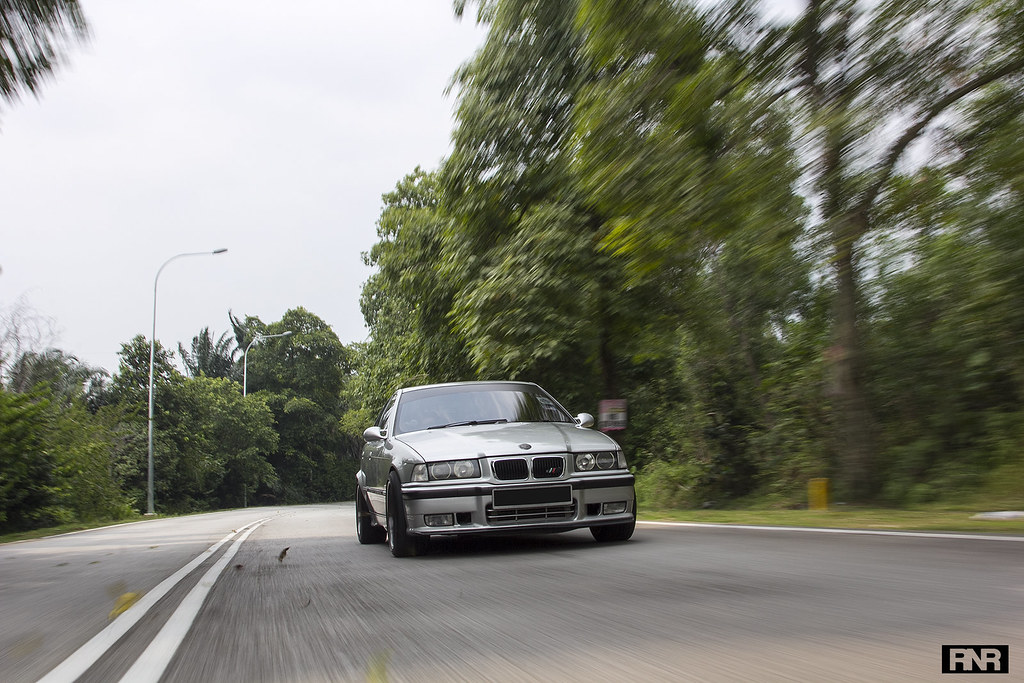 In almost every situation, you can always make out the personality of a person based on the car they drive. If a male driver is content with his boring old point-A to point-B Nissan 4-door sedan, then that driver is more than likely a narcissistic self-centered wannabe who has no interest in cars and is just trying to impress you to get brownie points. If you're a lady driver who rocks around town daily in an Mitsubishi Evo, then you've probably got more than just a pretty face and I almost guarantee you have more male than female friends. You're probably very outgoing and anyone who says so otherwise will get punched in the face by you.

Or if you own several super/hyper cars and choose the Smart-For-Two as your daily, you're probably Salomondrin from Youtube and is an awesome all round guy with a bright neon green 918 limited edition Porsche. If you are, can I be your friend? (I'm shallow that way) 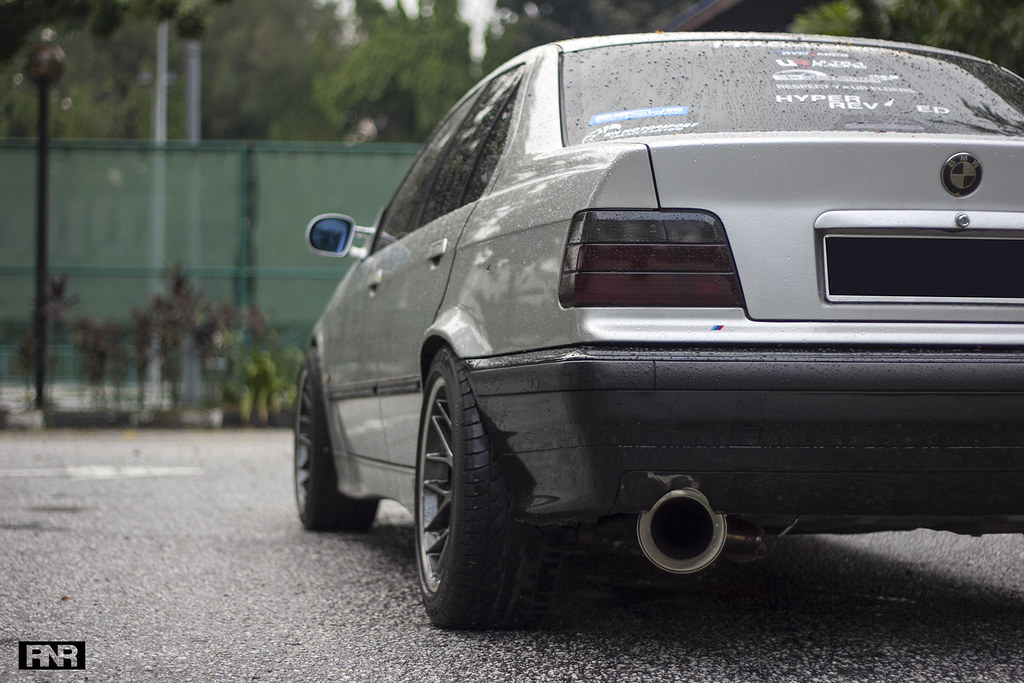 Andrew on the other hand, I can't quite figure out. Slick combed back hair, clean cut face, lawyer by profession, but all round car nut and nice guy. The cars that he owns just doesn't make sense. Then there's his bike history, car guys having a bike history is just.... different. Not wrong, just different. 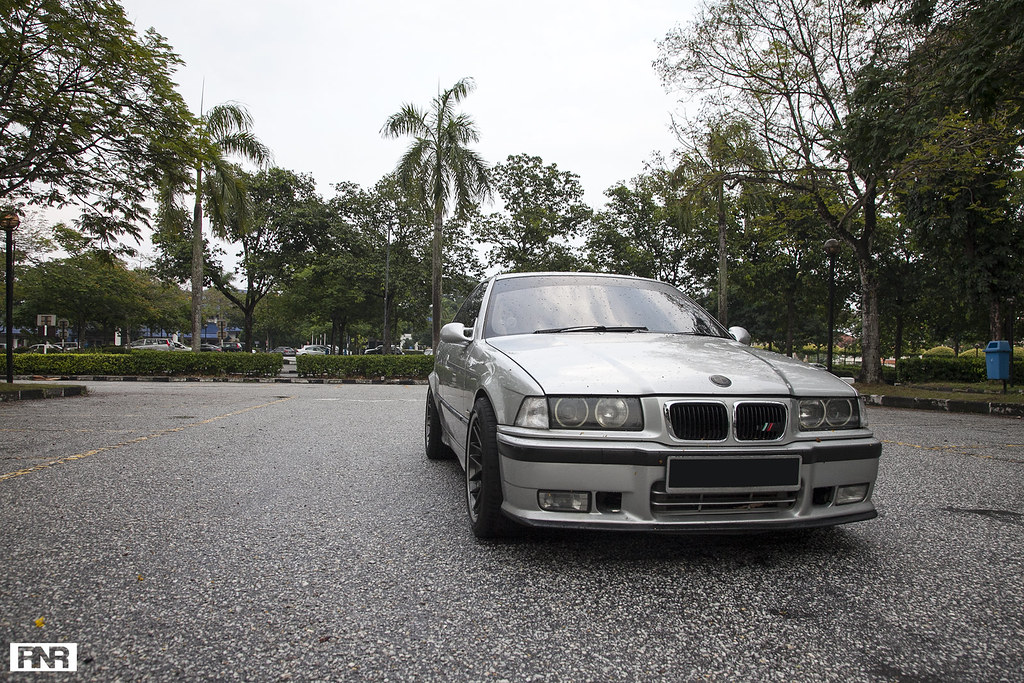 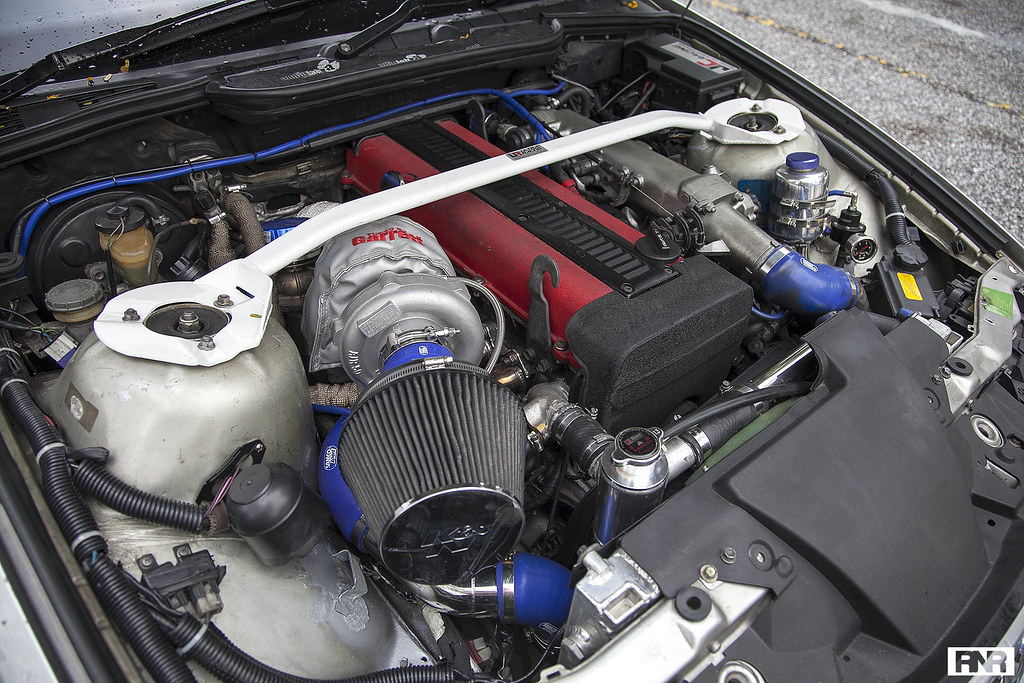 At RNR, we've featured a few BMW - Toyota mashups already but each one even though using the same engine, is different and has their own personalities. This manual E36 is different in its own right partially due to the fact that it's using a 5-speed Mark III Supra manual R154 tranny. One of the toughest stock gearboxes you can find out there! The sheer size of the gearbox housing and the gears themselves are credibly sized for a performance tranny. However it's not immune to abuse, too much horsepower and you'll break 1st gear more easily than you can buy 5th. The easy fix for that however is to replace the weak cast 1st gear thrust washer with a performance chromoly part for added strength.

The alternative to the R154 is the V16x from the Mark IV Supra. These are rare unicorns and if you ever do find one, keep it. It's a proven gearbox that works with the likes of the bigger brother 2JZ engine. 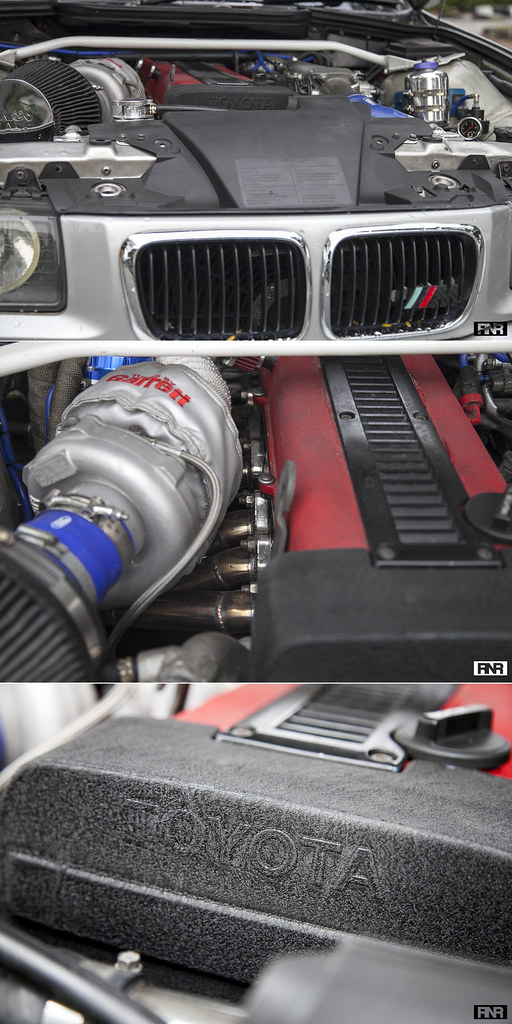 Andrews E36 is powered by a somewhat stock Toyota 1JZ. Aside from the bigger turbo, supporting mods such as a forged aluminum radiator, custom exhaust, aftermarket extractor, and so on, the engine is pretty much stock. But that's plenty for the light-weight E36 chassis. Rear-wheel drive, 5-speed manual and a responsive turbo, this car in the wrong hands can be quite the handful to drive!

The car sits on a mashup of BMW parts, Bilstein absorbers and Hotbits high-low coilovers and is further strengthened by a plethora of chassis strengthening bars. Contrary to popular belief, this sort of setup isn't necessarily undriveably (is that even a word?) uncomfortable. Andrew uses this car as a daily driver and swears it's only that little much stiffer than he'd like on the pot-holed streets of Kuala Lumpur. Sitting on gorgeous BBS RC Concave rims wrapped with staggered 215/235 45-profile 17 inch tyres, the car has a pretty mean stance without the impracticality of overly lowered cars. 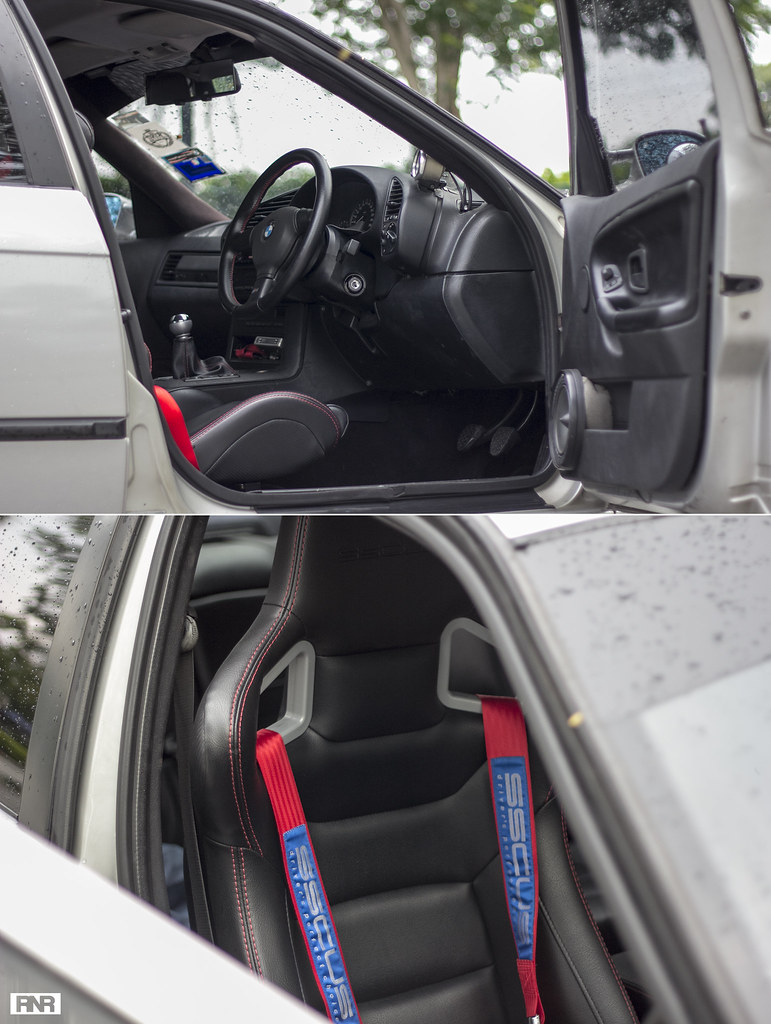 Some time ago this car was pitted against one of our earlier featured cars - the BMW DTM Toyota E30 in a friendly drag race. Interestingly, this manual E36 wasn't able to beat the E30 automatic, but neither was the E30 able to pull away. Nor were the other cars that were involved in the drag that time. Andrew blames it on his own gear shifting and his wanting to preserve the sanity of the car as much as possible. Why risk car damage in a friendly where there's nothing to gain but everything to lose?

And daaaaamn was that one helluva awesome race. That many 1JZs screaming down the stretch is an incredible auditory experience! 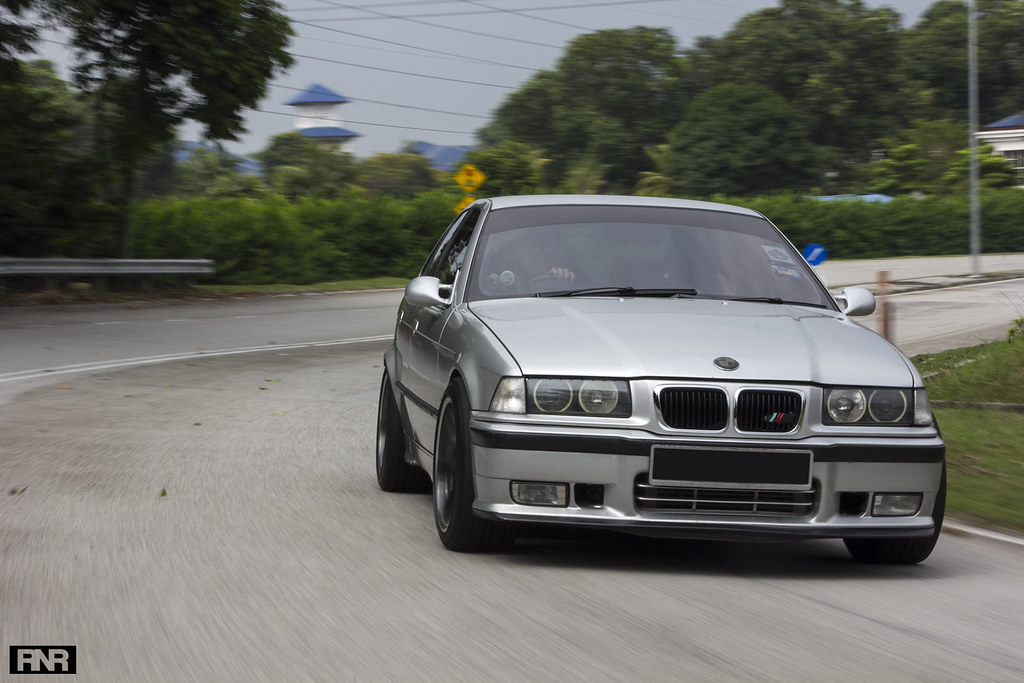 What this E36 tells me is Andrew is probably itching to go bonkers with the mods. More power, more grip, more everything. But until the time is right, it's only going to be small increments - the occassional turbo upgrade here, the incidental shift light there, all the small things.

Is he Dr Jekyll that's itching to get out? Probably.
Does it match his demure appearance? Not at all.
Will you believe what he has parked in his house that he drives every other day when the mood arises? No way. Nope. Nada.

Tune in next week to find out what his other peronality Mr Hyde drives.