DIY : How to an ATF cooler


Still haven't quite recovered from the last holiday season. We're catching up we promise! In the meantime have a look at this medium-difficulty DIY - How to install an aftermarket ATF (automatic transmission fluid) cooler. 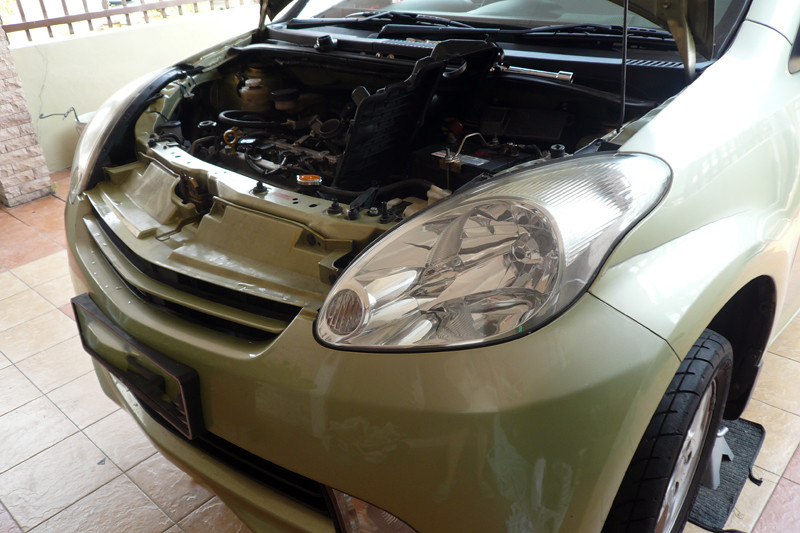 The majority of cars these days are automatics - sad but true, and a large number of cars don't have ATF coolers as standard equipment. Some cars use the radiator to cool the ATF lines and some cars use a thin metal pipe usually found in front of the radiator as it's cooling line. To some extent these methods do work in keeping the ATF relatively cool but when you live in a tropical country where 33ºC (91.4ºF) is considered 'not-too-bad' and 25ºC is 'chilly', these methods of cooling are less than sufficient.

In this DIY example, I installed the cooler on a Perodua Myvi / Toyota Passo / Daihatsu Sirion. In general most cars that use torque converter auto slushboxes can use this simple DIY guide. However there are cars that use more advanced gearboxes and have complicated plumbing, such as the Nissan Bluebird (Sylphy) which uses an ATF heater. It uses a complicated plumping of radiator coolant which circulates throughout the system, I think for cooling and warming up the ATF oil. This sort of system is ideal for countries where the weather is always cold but in Malaysia, it's the main reason why so many G11 model Nissan Bluebirds/Sylphys have protection mode issues (caused by overheating gearboxes). Because of the complicated plumbing, a special custom adaptor will need to be fabricated to replace the 'heater' and bypass the radiator coolant flow. If you're not sure how to make this adaptor, I recommend joining your car manufacturers official clubs online. Normally someone would have already done the R&D and have a ready product for sale.

It's worth noting as well, the more premium your car - the more likely you'll already have an in-built ATF cooler. So if you're driving around in a BMW or Audi S4, you shouldn't need to worry about overheating ATF unless your driving is so seriously hardcore that you can overheat a ATF cooler cooled gearbox, then you're probably driving the wrong car. And you probably shouldn't be launching your car like that or dragging that much in the hot sun! (Ahem)

How do you know your gearbox has overheated? Simple - in more advanced cars, the car will have a protection mode where it limits your RPMs and speed to a max of 70~90km/h, and it will refuse to let you accelerate. This usually happens when you're speeding at really high speeds for long periods of time. Like driving 180km/h for an hour in the hot afternoon sun, the car may suddenly cut power to itself and limit you to 90km/h. For cars that don't have protection mode, you'll notice the gearbox won't step down or up gears. In some extreme cases there'll be a burning oil smell in the cabin. The only way to get out of protection mode or an overheated gearbox would be to stop the car and let it cool down for 15-20 minutes before heading out again. 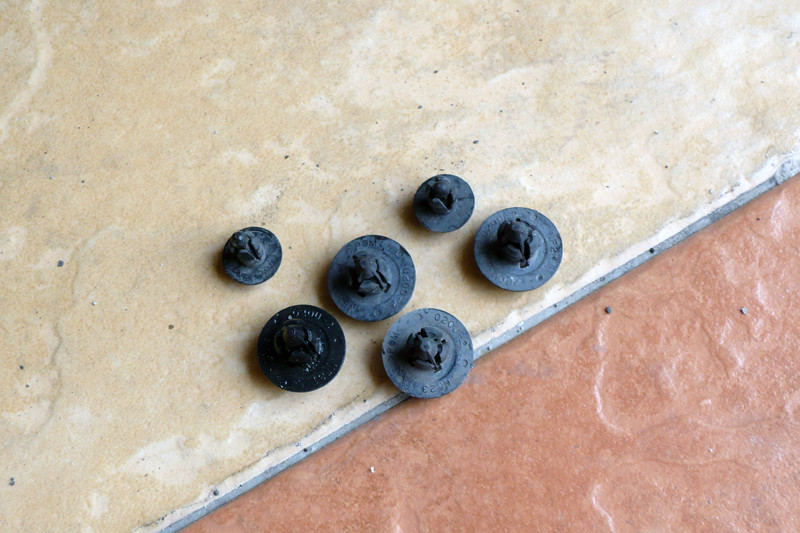 I find removing the bumper to install a cooler is easier than installing it with it on. So to remove the bumper on most modern cars, you need to remove a whole lot of plastic clips in the front, side, underneath the bumper and usually there are screws in the wheel well that you need to undo as well. In the case of the Perodua Myvi/Toyota Passo/Daihatsu Sirion, you need to remove the front number plate and spot lights to access 4 bolts hidden behind. Be gentle with the plastic clips - they are not cheap to replace. Something like RM1.50 (USD0.40) each and when you have that many, it will cost a lot to replace! (The Nissan Sylphy has over 20.....) 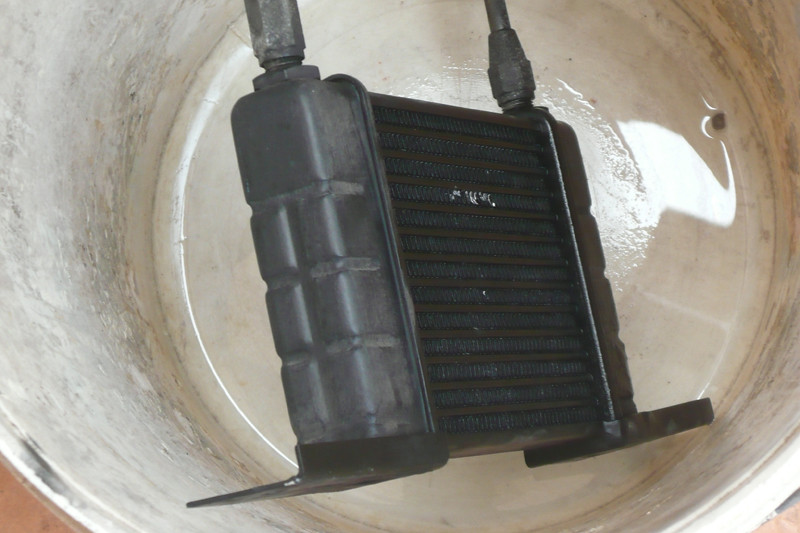 I bought a halfcut (scrapyard) ATF cooler that was taken off a Volvo for RM50 (USD12) and prepped it before installing. I flushed the insides by pouring in ATF at one end and out the other. Always do this to remove old dirt, scrap and junk that might have collected inside an old cooler. If you decide to buy new this isn't necessary. New costs about 2-3 times more than mine. Generally when choosing an ATF cooler, don't buy an overly large one. You don't want to affect the oil pressure inside your gearbox too much.

It'll also be a good idea to drain your current ATF before starting this DIY. So plan the DIY around the same time as your ATF swap. That way you won't waste precious (and sometimes expensive) ATF. 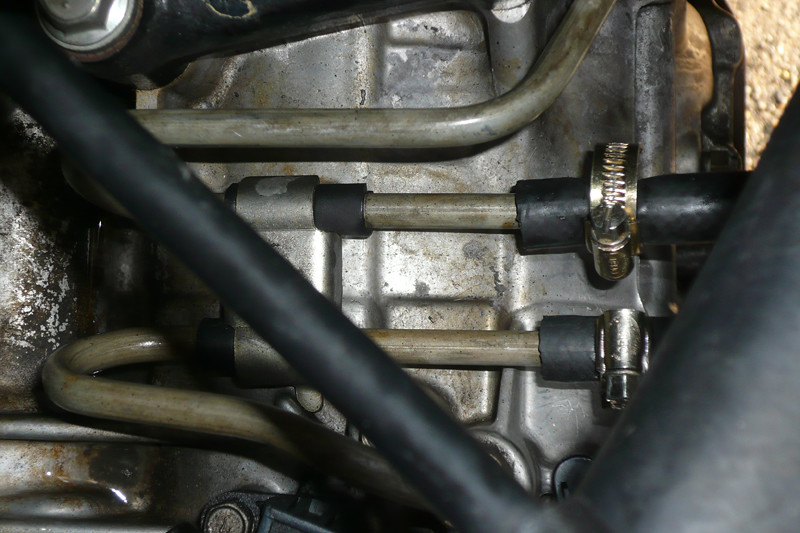 Locate your gearbox inlet and outlet hoses. Unplug the original hoses and clamp your own measured length ATF hoses. You'll want the hoses to go from the inlet/outlet to the front so measure the length of the hoses properly before cutting them to length. And remember a little extra length is better than being too short (this advice apparently applies to life in general. So if you're 'short' I feel sorry for you man). There are a variety of hoses you can buy out there - always buy ATF supported hoses. Fuel hoses and non-oil, non-high-pressure type hoses are a big no-no. The wrong hoses will result in ATF bleeding out of the hoses itself or leakages, which you'll want to avoid because an auto gearbox deprived of oil is a really expensive affair. 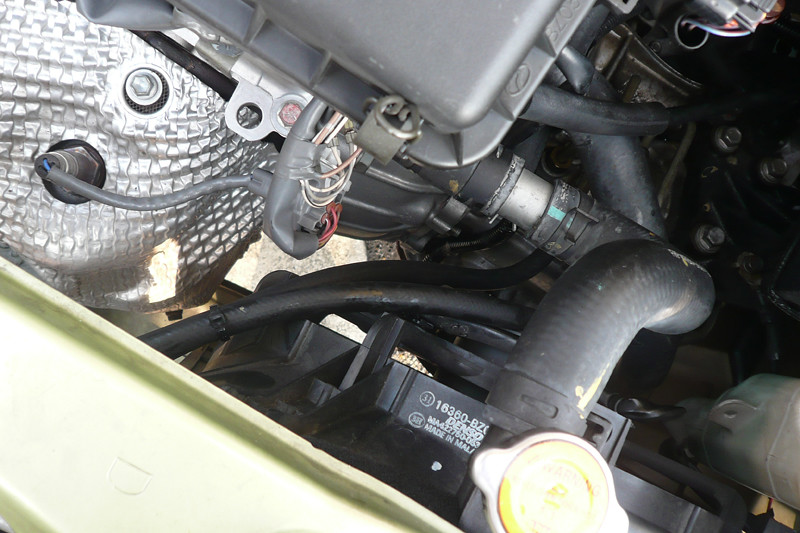 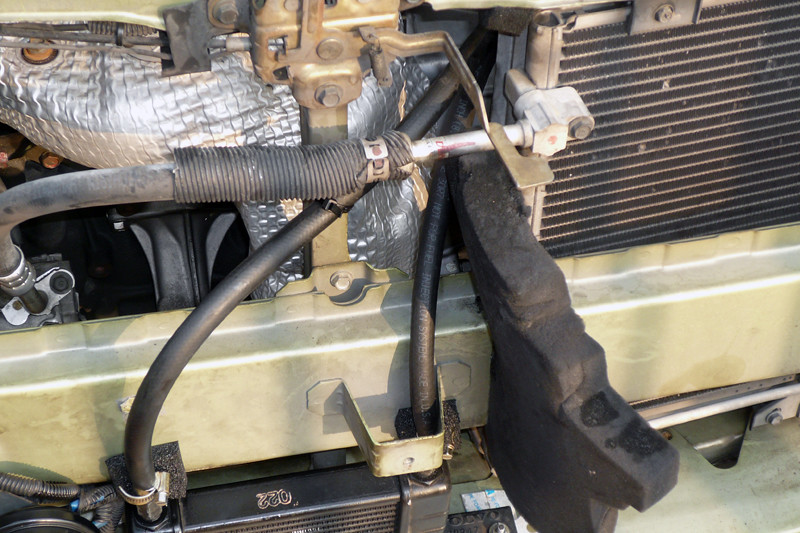 You'll want to route the hoses out of the way of fans, extractors and anything that might destroy the hose. So route wisely and cable tie them in place. 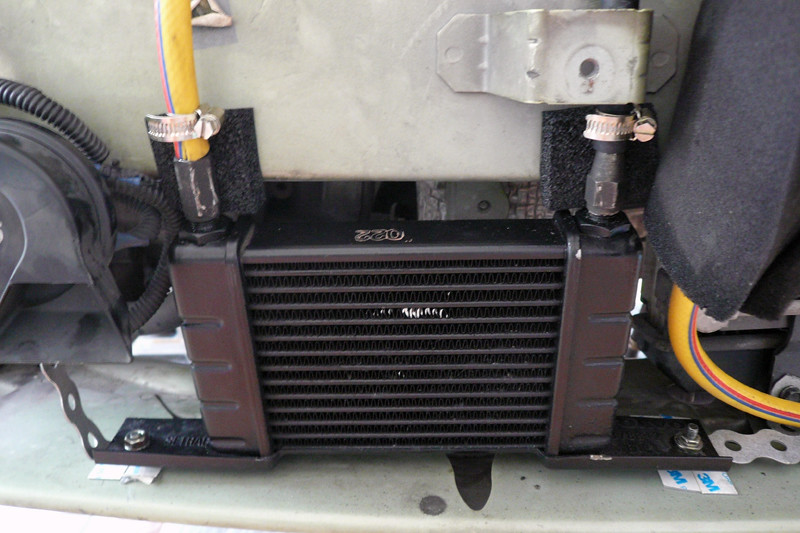 For the record the yellow hose used here is normal garden hose. I used it for measurement purposes, not for actual use. Do not use for automotive purposes!

Find a good spot to mount your cooler and lock it down using metal bands or joints. Check all the clamps, hose placement, bolts, nuts, etc before reinstalling your bumper.

Finally, pour in new ATF and you're done! Remember to let the car run a while before re-checking your ATF levels. The oil pump has to pump ATF into the cooler which'll reduce the readings on the ATF dipstick.

Gearbox protection mode kicked in and thinking it was a catastrophic problem, you went to see a specialist - RM1000 (USD400)
Money spent on repeat visits to the specialist because it kept happening over and over again - RM500 (USD100)
Installing a DIY ATF cooler for less than RM100 that resolves everything - Priceless