The One and Only, Baby Godzilla

Although called the Nissan Sunny in Europe, this car should not be confused with the velnerable Nissan Sunny 130Y that we all know. This car is one of the 500 homologated Nissan Pulsar GTi-R produced to allow Nissan to participate in the WRC. Paired with the legendary SR20DET and ATTESA AWD system, the homologation special did the same quarter mile time as the bigger brother - the R32 GTR. Thenceforce, the Baby Godzilla was born. 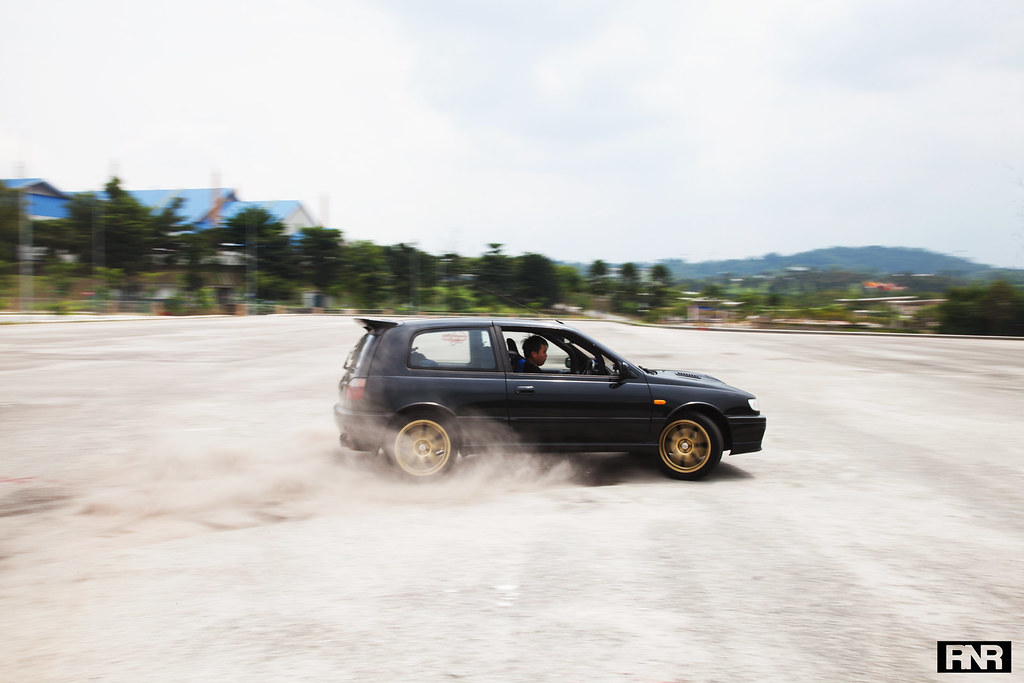 Back in the day, the GTi-R was fast right out of the showroom, easily beating other homologated cars such as the Ford Escort RS Cosworth, Toyota Celica GT-Four ST185 and Mitsubishi Gallant VR-4. 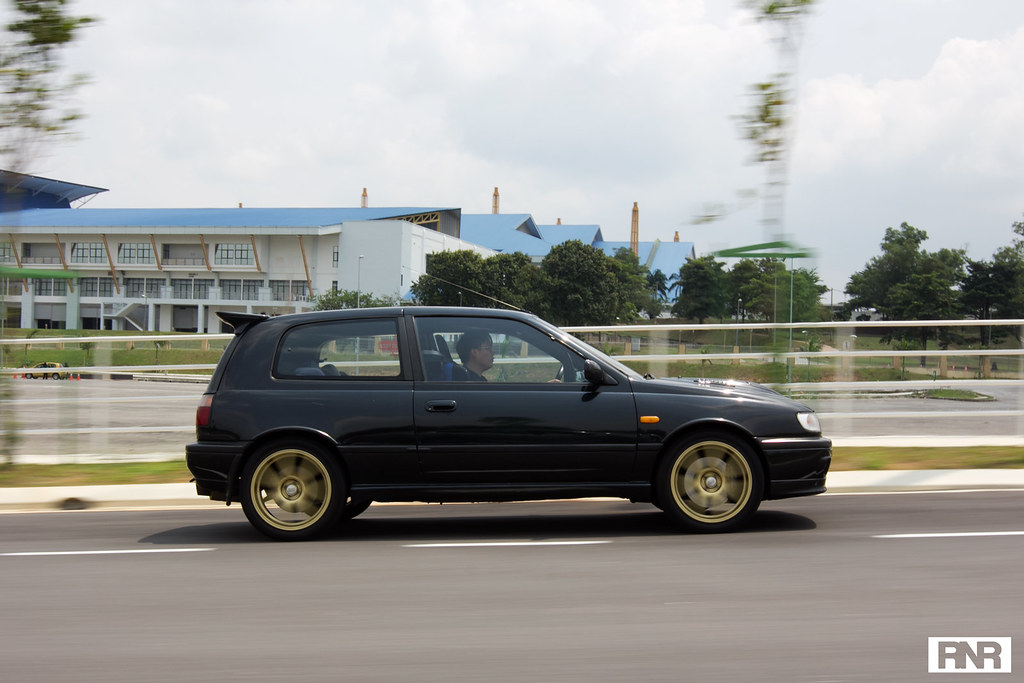 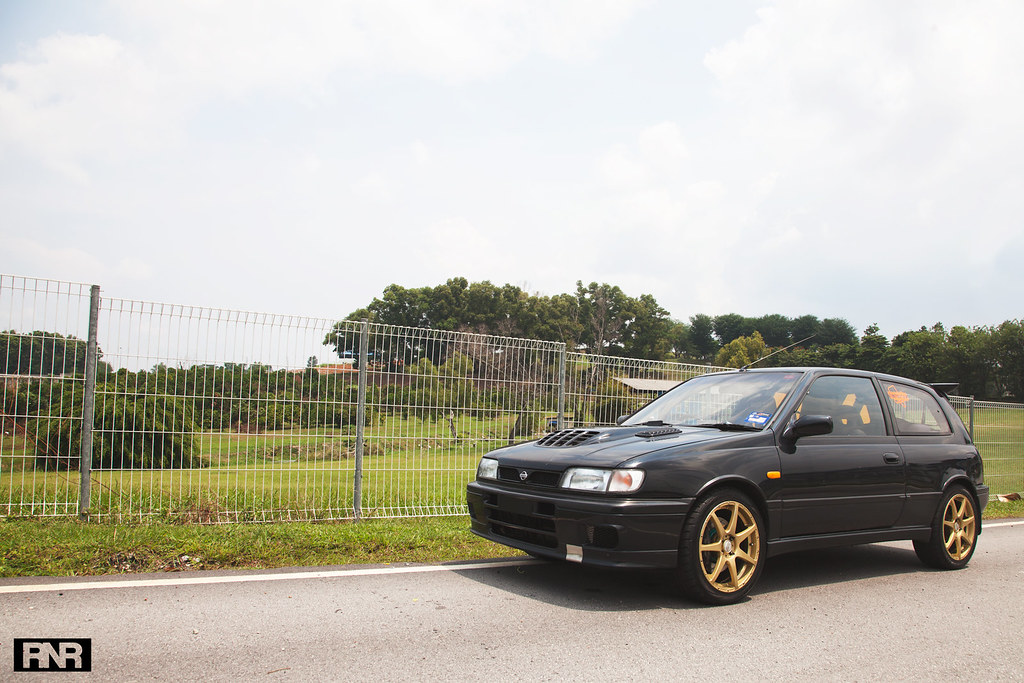 Being one of the prime example in Peninsula Malaysia (another in East Malaysia), the owner Victor wants to keep the looks relatively stock other than the obvious gold Rays Sebring ITC wheels. If not for the big hood scoops and fins, one would not find this car interesting at all with that discreet front end. However once let loose, the unmistakable sound of a turbo charged SR20, the gushing sound from the HKS SSQV and the way it handles will remind you of Rally-related YouTube videos. 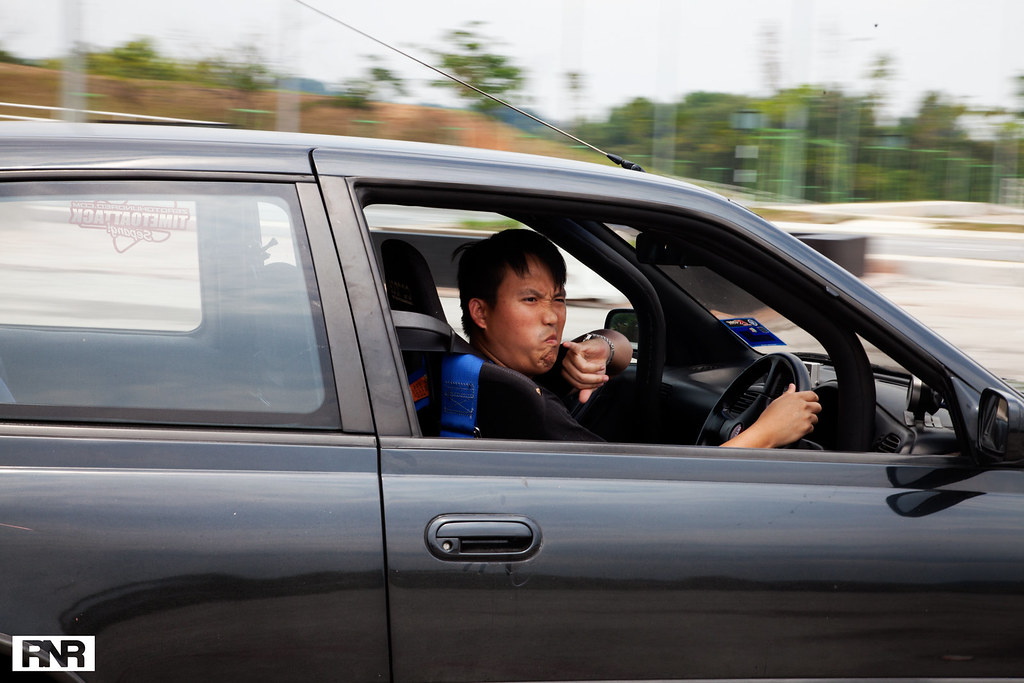 Other than being a frequent touge participant, Victor is a full-blown racing driver with an impressive portfolio. He has raced for the Honda Malaysia Racing Team and was the AAM Karter of The Year for 2 years straight. His father used to rally a Mini Cooper S and that's where the love for hot hatches started, this Pulsar was originally sourced and purchased by his father. Considering how rare the Cosworth Escort RS and the R32 GTR were, his father opted for the GTi-R because at that time nobody wanted one! The fact that it was subtle but had supercar performance (of the time) made the car very desirable to both father and son. Apart from the rarity of the Cosworth, the father was also concerned about the rarity of parts as well as the supposed weak gearbox which is why he didn't buy one but ironically, the GTi-R devoured a few gears due to overly aggressive driving. 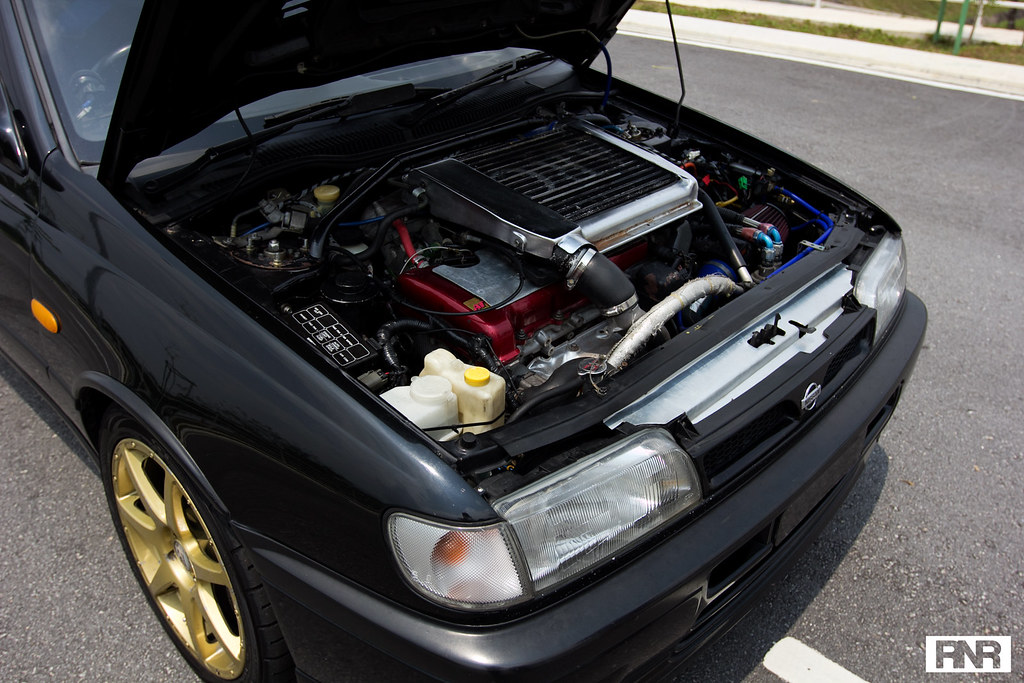 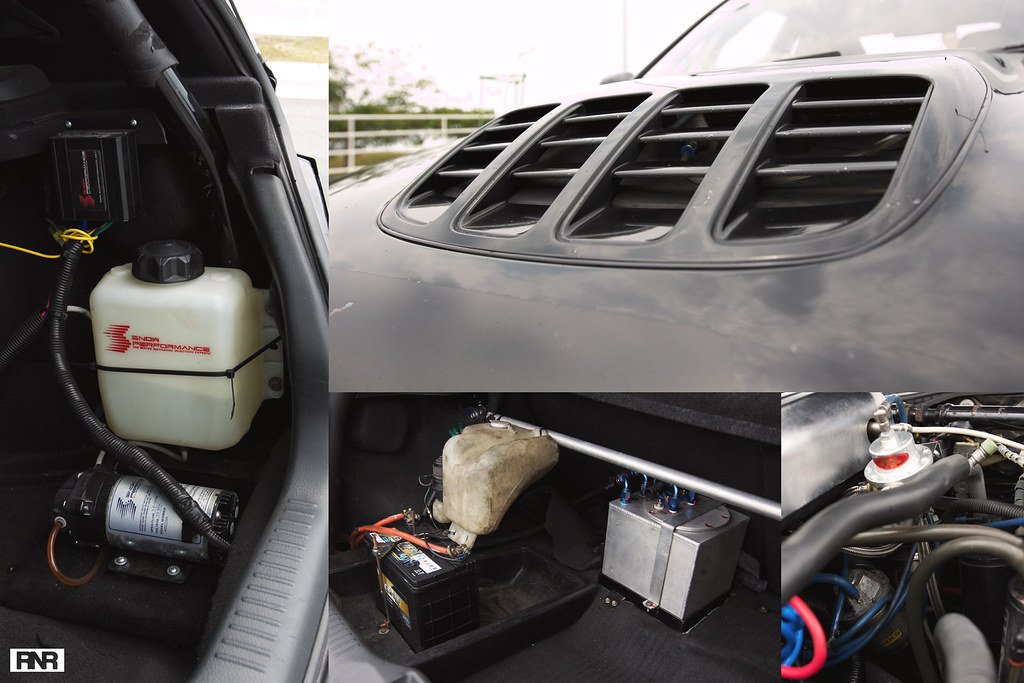 Years ago, it ran with a front mount intercooler but that was good for short races only since it restricted air flow to the radiator. However after reverting back to a top mount ‘interwarmer’ as quoted by Victor, he always had steaks and meat patties ready for cooking after a spirited run because the intercooler ran so hot it literally seared steaks in a matter of minutes! A DIY radiator water sprayer helped to bring down the temperature (seen earlier in Johnson’s Evo X feature). The Snow Performance water injection system helped a lot too, akin to having an ice cold Gatorade after a full-on marathon run! 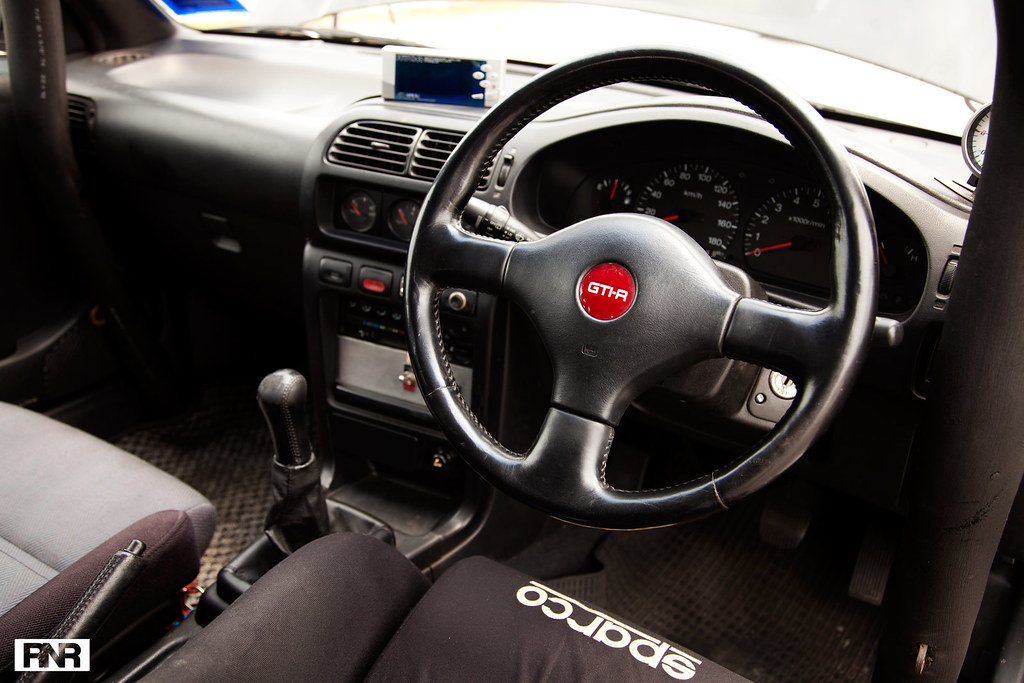 This GTi-R has gone through many changes to (in my best Tsuchiya voice) balance both Victors driving style and the cars incredible performance. A highly sought after short-ratio gearbox from the RB model car (also known as RB/Beta/Rally/Homologation) was installed as well as a mechanical LSD. Considering there were only 2 variants of the GTi-R and a total of 500 cars, one can appreciate how difficult it must've been to acquire these parts. 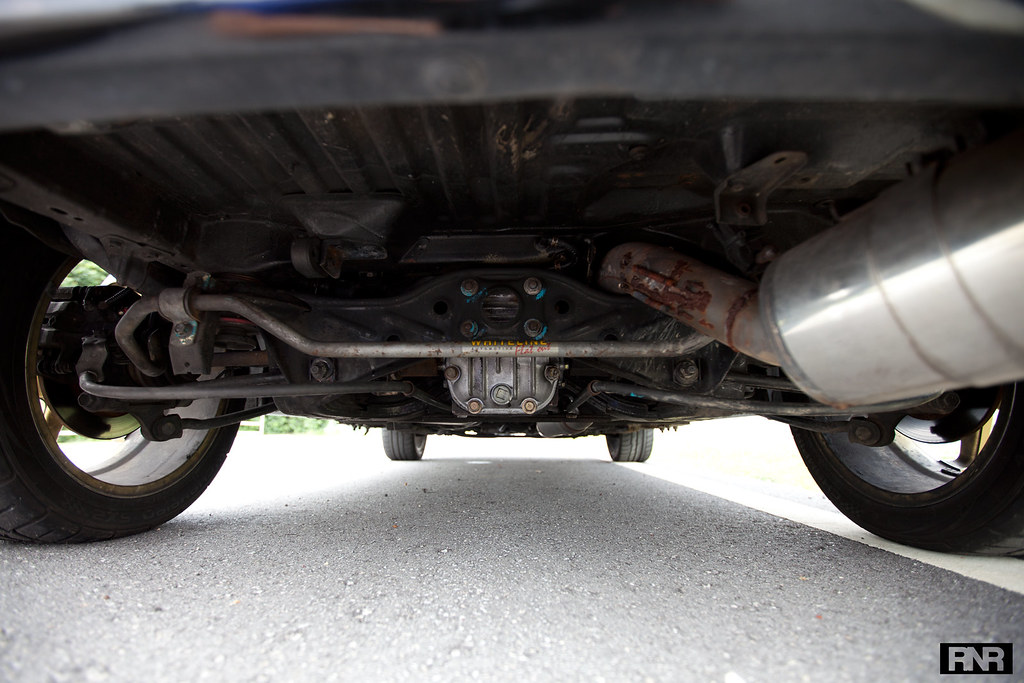 After replacing the front differential with a Nismo 1.5-way LSD and the rear with a 2.0-way LSD, the car went from a front heavy understeering car to what a rally car would be like! With the permanent 50:50 ATTESA AWD System, it corners gracefully and quick (not to be confused with the ATTESA systems from the GTRs that will only transfer power to the front wheels when it detects slippage). With decent torque on tap with certain aftermarket modifications, the GTi-R is a handful but a playful little car. 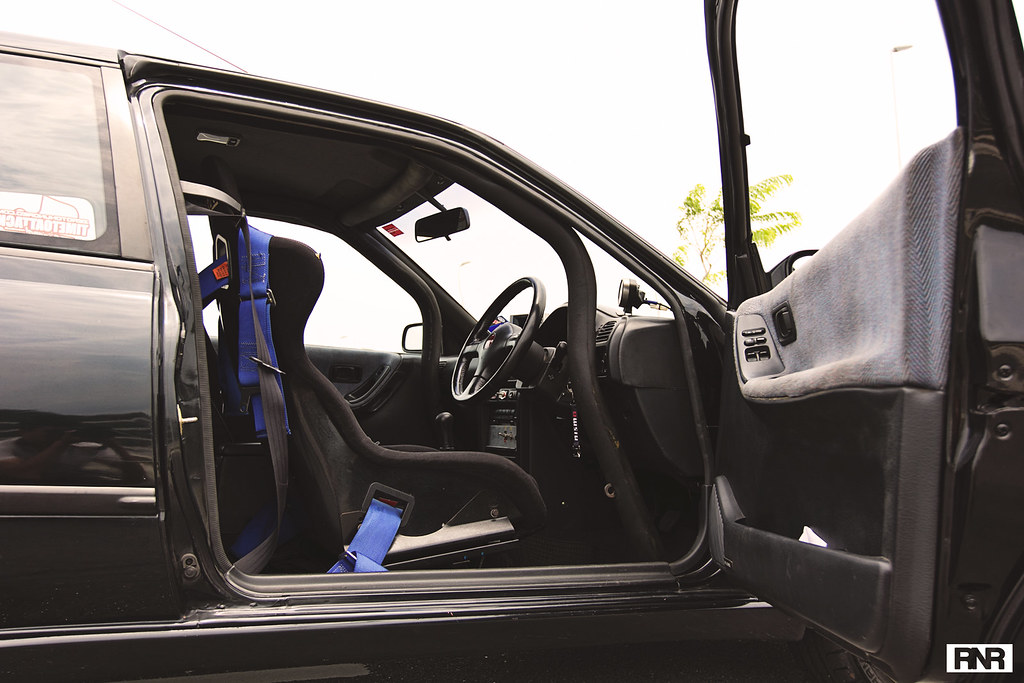 To further adjust its suspension geometry, it was given to TITAN suspension for a set of customized coilovers. In addition to that, the upgraded Nismo solid rubber engine mounts, Safety 21 Cusco 6 point Cusco rollcage and Whiteline products make it a very good handling car. Victor put a lot of effort into sourcing specific parts for specific functional reasons. 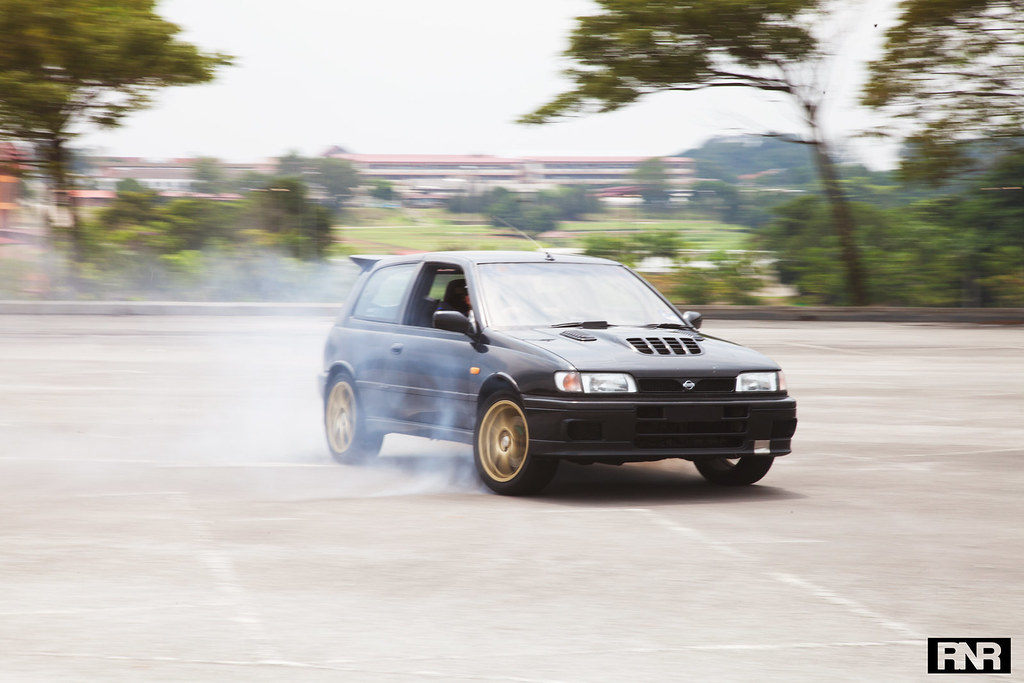 Fortunately for RaceNotRice, we were witness to the GTi-R breaking its drifting virginity! It has never been purposefully sideways since the family took over this legend 10 years ago. Fortunately the driveline didn't break during his 'demonstration' as Victor did mention it's somewhat fragile. 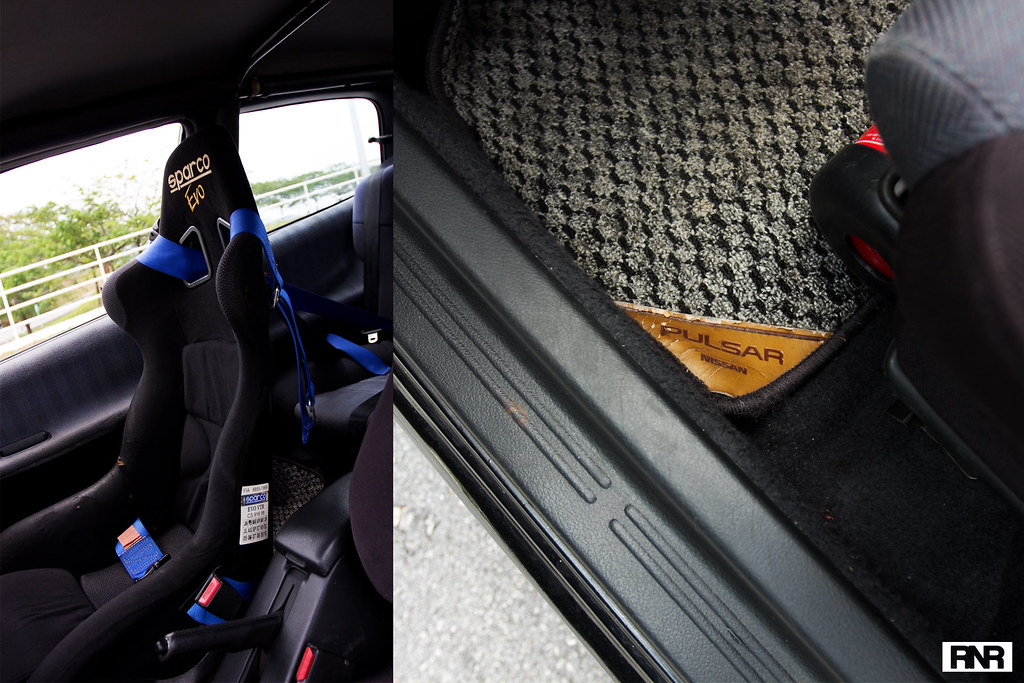 After 25 years of constant abuse, the driveline is bound to break sooner or later afterall not many will keep the potent SR20 stock! This one has been bumped up to almost double the horsepower and the gearbox wasn’t designed to take that much power. Victor suspected the ex-owner of this gearbox overly abused it and it gave way during the 1st 'shakedown' at Sepang a few months back. Fortunately he managed to source and replace the 3rd and 4th gears he broke. 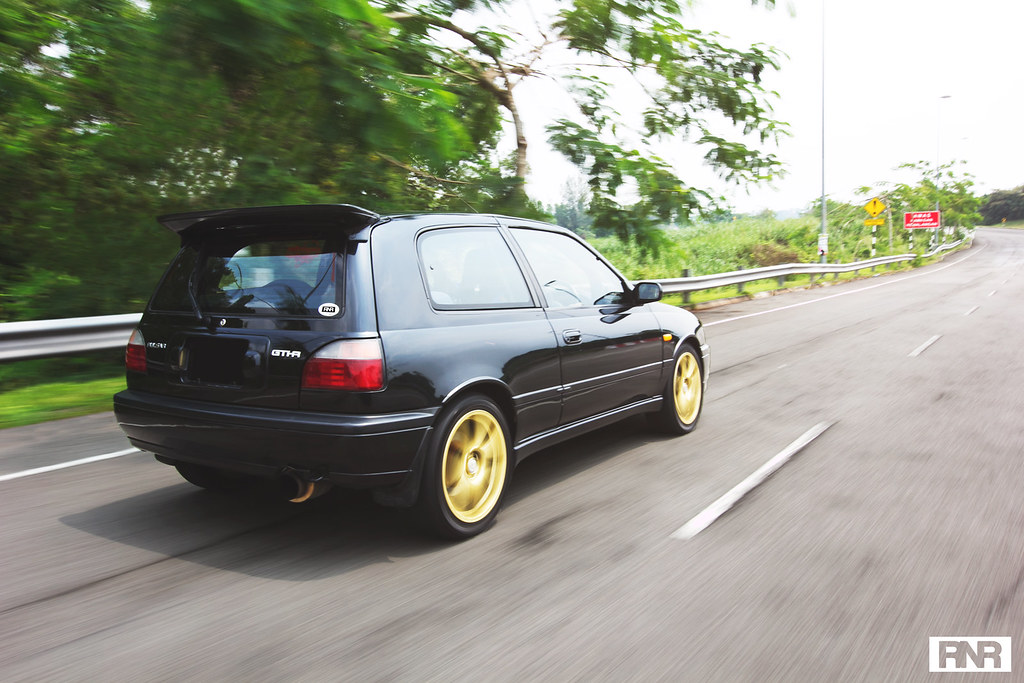 The GTi-R today is exactly what Victor envisioned when he first started modifying it 10 years ago. What a journey. Now that it’s finally complete, Victor has more time to enjoy the car. However, we all know that the modification bug never really goes away. He is tempted to run a SR22VET with GTX35 coupled with a PPG straight-cut gearbox. If you do, please make sure you call us up for an update! 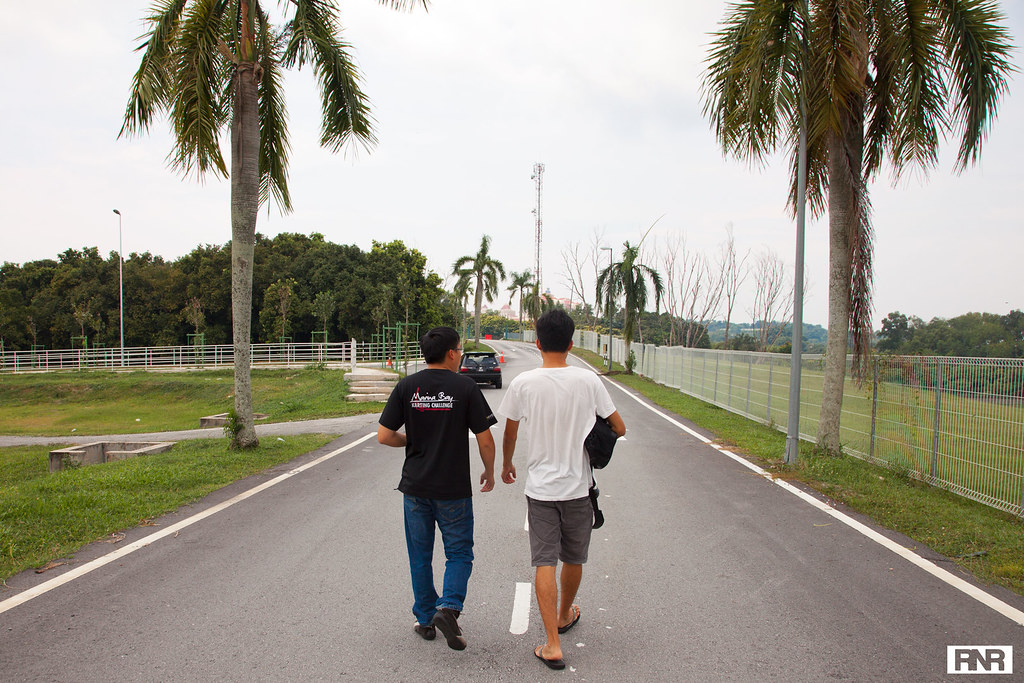 Why didn't Nissan refresh the Pulsar like how Mitsubishi and Subaru did with the Lancer Evolutions and Impreza STIs? No one knows. But imagine if Nissan did, it would definitely be one helluva car. Thanks, Victor!