A sleeper FD2R on the road. 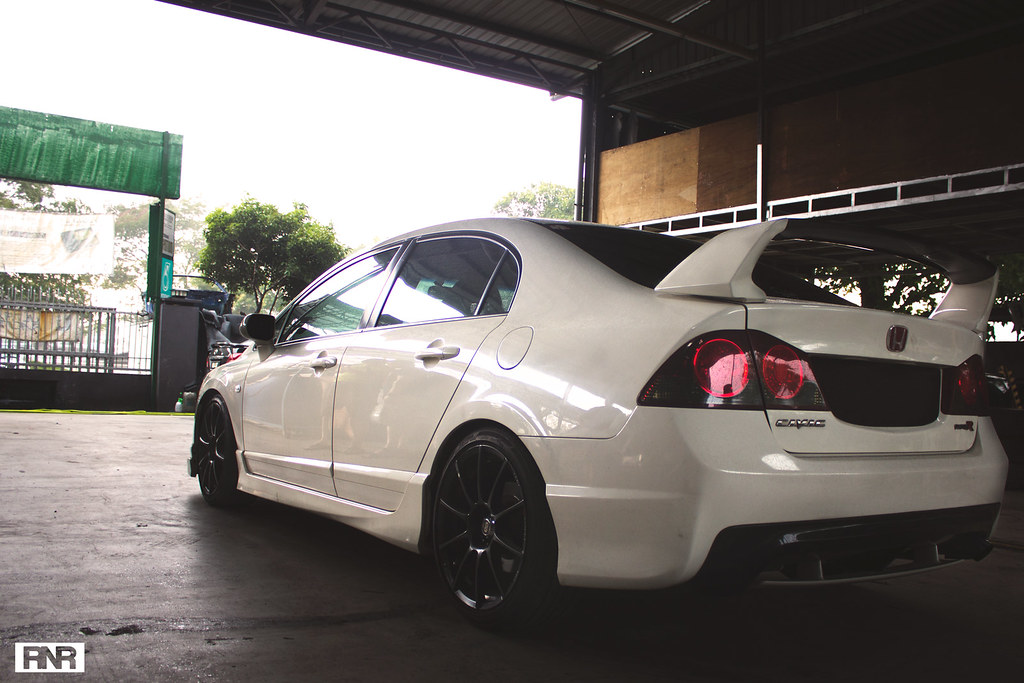 Yes, yes, I know. This is our third feature of yet another Honda. Can't blame us, they are sprawled all over Malaysia, but in a good way. I must say I'm not Honda fanboy, but they really are that good. 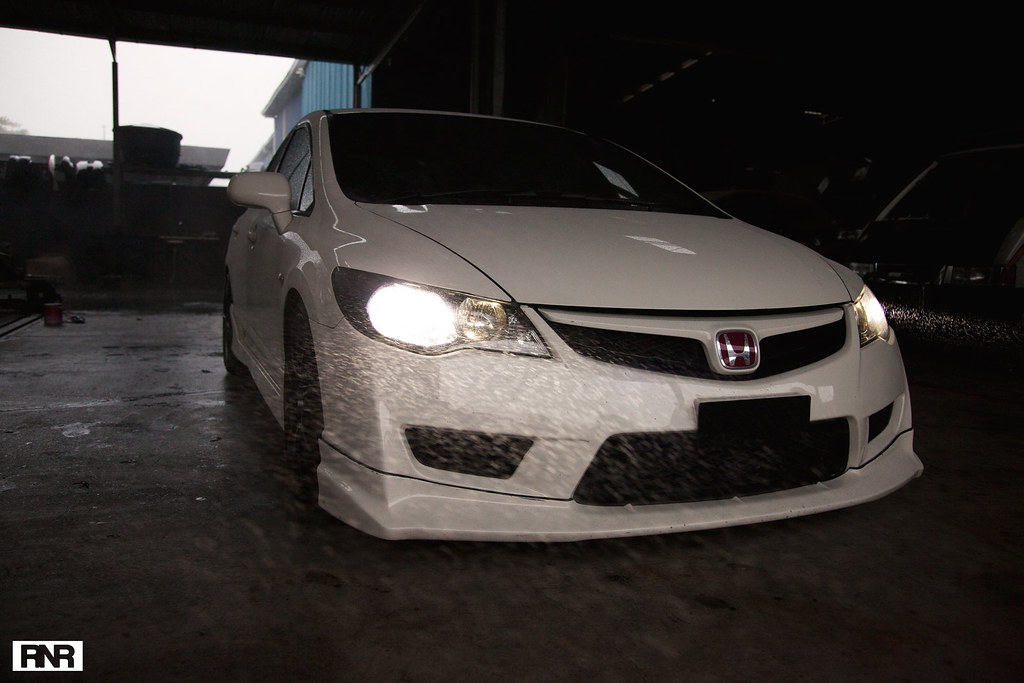 If you frequent the twisting, slopey hills of Genting Malaysia it's guaranteed you would have bumped into this Type R at some point or rather. It used to be easy to spot because of a carbon fibre wing and boot, unfortunately it's now sporting an OEM look. The carbon fibre wing was ripped off by some uneducated imbeciles effectively damaging the boot as well. It's never okay to touch someone elses car. Never. Daniel the owner of this FD2R (Civic FD2 Type R) is no stranger to Hondas. I've branded him a Honda fanboy and there's no wrong in that. He initially started with a normal FD2, the i-Vtec (YAWN) version and had it for 3 years. After being exposed to the VTEC bug, he went and got himself a hot hatch FN2R. Unsurprisingly, the sedan version is lighter than the hatch. Plus the sedan has a longer wheelbase by 3 whole inches! The FD2R we have here in Malaysia is the Japanese version of the Civic Type-R. The FN2R is what the Europeans call the Civic Type-R. Both cars are vastly different in corners and acceleration with the FD2R being a better handling and faster car overall. Plus the FD2R is incidentally cheaper since (for some reason) the duties on the FN2R is higher. Probably because it has to be shipped in from a European country? Not too sure, all I know is Malaysia import duties are crappy expensive!

Anyhow, Daniel replaced the FN2R with a FD2R after just 8 months of ownership. Viva la Japan! 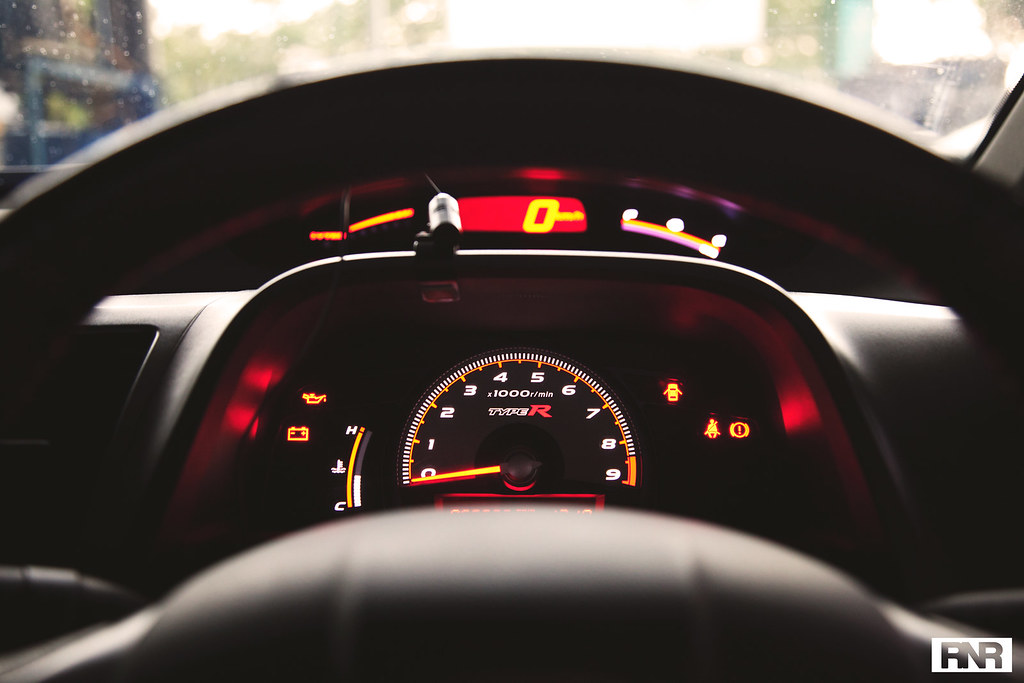 Daniels FD2R has quite the sleeper look with the stock FD body kit with only the extremely loud exhaust giving it away, hence the title of this write-up. Pop the hood (RIP Paul Walker) and all you'll see is the stock rocker/valve cover. But with Skunk 2 Stage 3 camshafts, a 2.4L stroke courtesy of the Odyssey, and a few other tricks here and there, this engine is anything but stock. 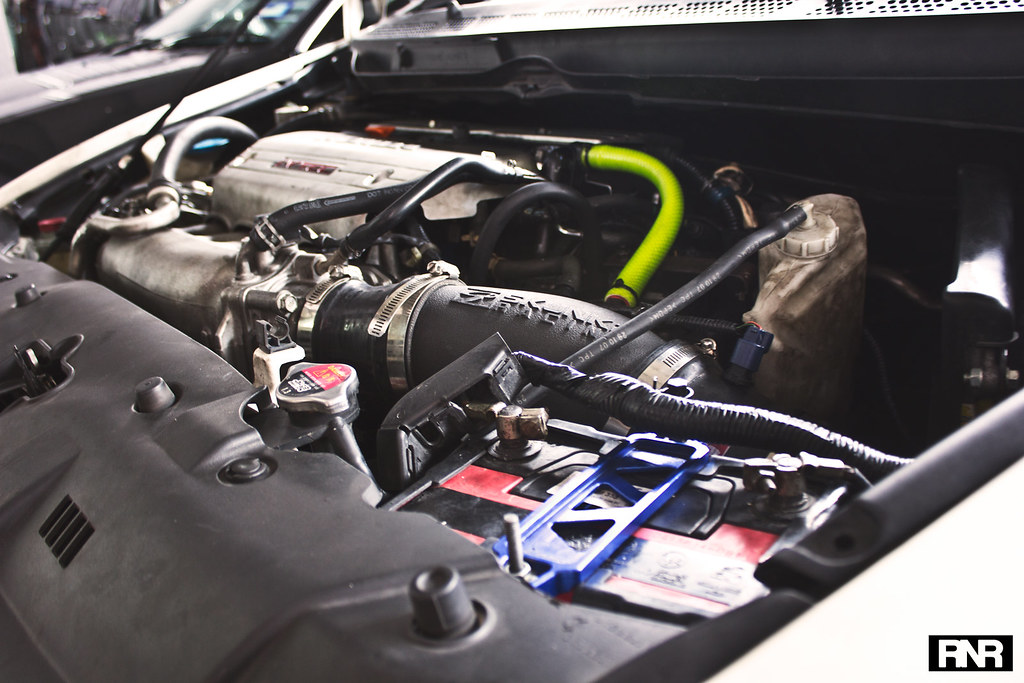 With the 2.4L displacement, the car has more low end torque, yes - this Honda has low end torque. Coupled with Skunk2 parts - Alpha Titanium Valve Springs and Air Intake, Daniel lowered down the Vtec engagement to 5200rpms which makes it very useful for uphill attacks. On a rolling road tuned with a Hondata ECU, its doing 260hp on wheel, plenty of grunt for the mountain runs! Let's also not forget about its curb weight ? 1260kg! Weight is the greatest ally for any car but ironically it's not cheap to bring the weight down. Manufacturers spend thousands of hours and research testing and finding all sorts of ways to reduce car weight. Although the FD2R does not have that much of a weight difference compared to the model it's based on (the FD), the engine is based off the Accord Euro R CL7 (K20A). With the longer intake manifold, specially ported intake valve ports (used on the NSX), helical LSD and close-ratio 6-speed, the FD2R is much more of a fire breather than it's plane jane equivalent. Interestingly, the stock car is 50% stiffer than the Integra DC5 and to save weight, aluminum is extensively used and is bonded with adhesive, not welded! Daniel opted to replace the stock brake rotors with the ever popular Dixcel brake rotors and paired the stock Brembo 4-pot calipers with EBC Yellow Stuff brake pads. Believe me, this is more than sufficient for this street car! 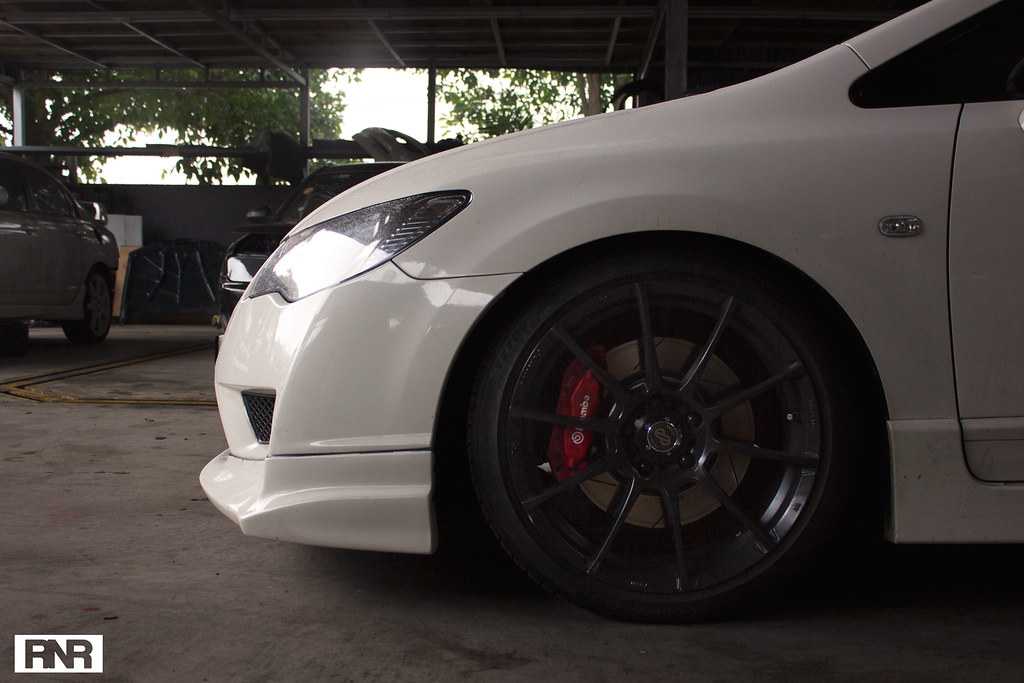 I don't know why but most of the cars that we feature end up being for sale, this car is no exception. Although I wish these owners would just continue going crazy with their mods, I'd like to announce : If you're interested in this car, give me or my co-conspirator Izso a holler! With his recent marriage engagement, Daniel has become less active on the road but we all know that won't last. It's only a matter of time before he converts his wife-to-be into a racer or convinces her to let him be one!

We here at RaceNotRice would like to congratulate him on his up-coming engagement and may the VTEC continue to live on in his future offspring!