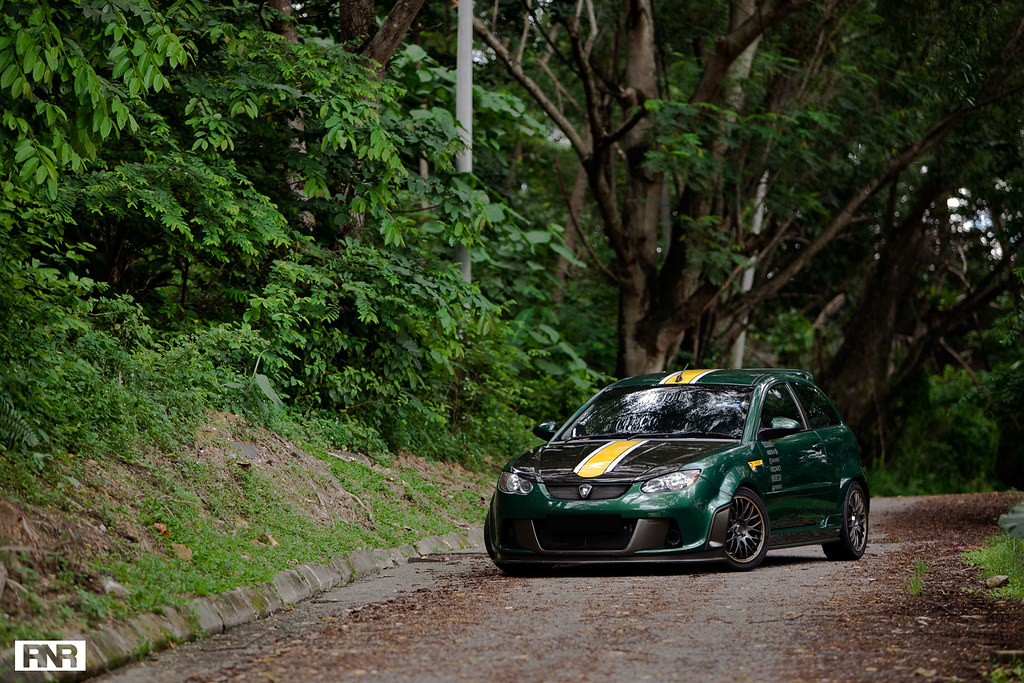 Every now and then, manufacturers come up with a special version of their current car line-up, much like what Nismo did with the GTR, Mugen with the Honda Civic, etc. In most cases, it's just weight-gaining non-essentials bolted on the body, the occasional 'performance' exhaust muffler and/or oversized rim with ultra-low-profile tyres. Proton has been condemned for years by Malaysians for its bad interior design, shoddy quality, boring aesthetics and appalling aftersales service. However, Proton does have a saving grace - the Satria Neo. Aimed at the young at heart, the Proton Satra Neo ticked all the right boxes. 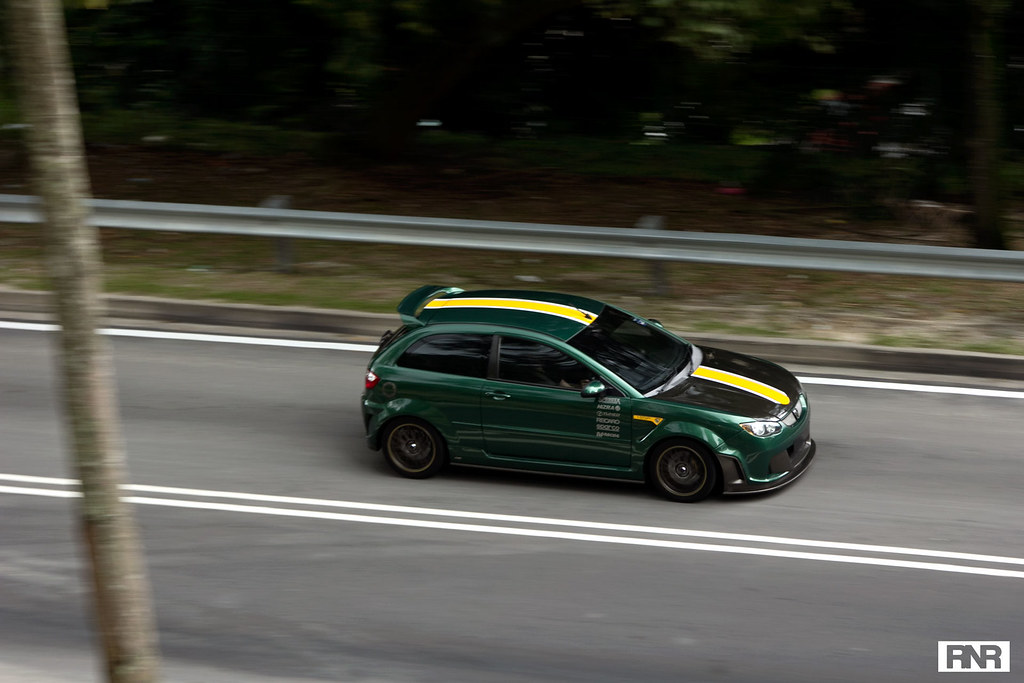 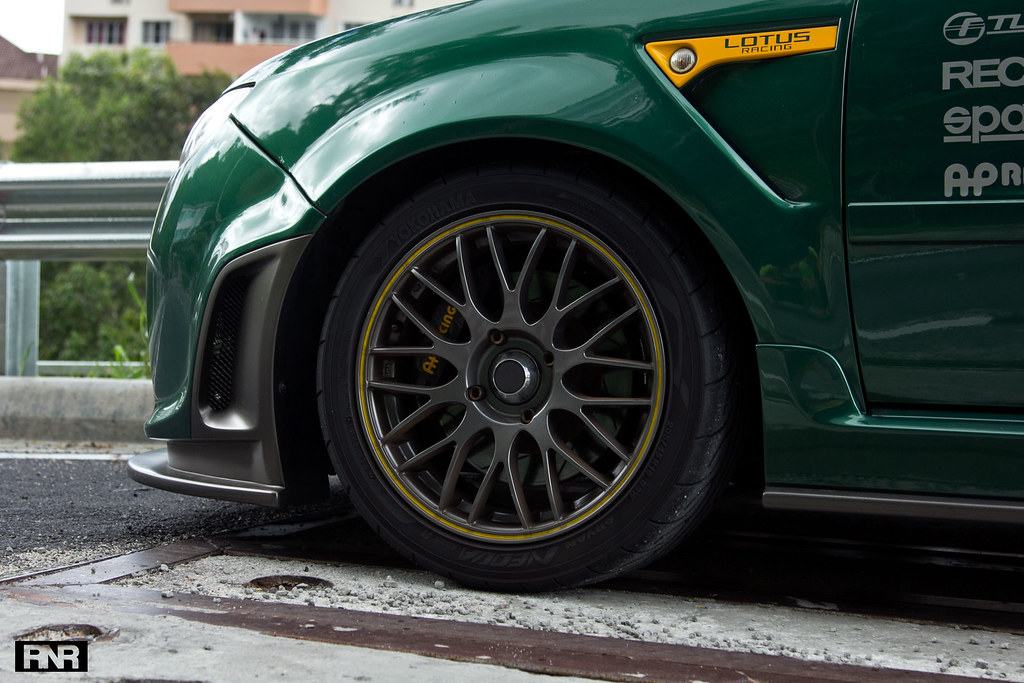 The interior is still questionable but for those who own the car know it's a drivers car and most just forgive how basic the interior is. A set of aftermarket wheels paired with the popular R3 bodykit will set off the exterior quite handsomely. After 4 years in production, Proton utilized its control over the pedigree brand Lotus to tune the Satria Neo, injecting their world famous handling knowledge from Lotus’ cars into the Satria Neo and came up with a 25-units-only special edition priced at RM115,000 (approximately USD26k) each! 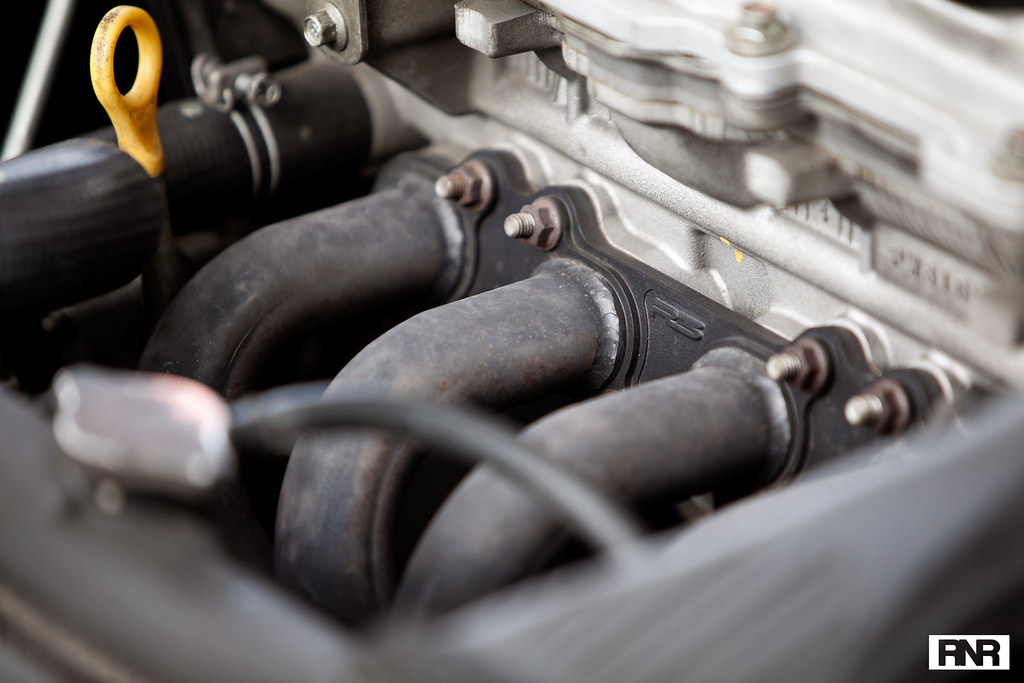 There's reason behind the madness of the pricing - the special edition Neo has had it's brain re-mapped by the R3 boffins (Protons right hand brand that tunes performance Proton cars) to bump up the power to 145bhp, an increase of 20bhp over stock! A few go fast bits were swapped in to aid the engine, such as the R3 Titanium headers and camshafts (just to name a few). Weight reduction was achieved by replacing the hood with the R3 carbon fibre hood and the flared ventilated fenders are made out of FibreReinforcedPlastics, a first since Proton's establishment. The Neo also sports a beautiful British Racing Green paintjob with classic yellow middle stripes. R3 also fine tuned the suspension using coilovers made and customised by Ohlins (yes, specially made for this car) and braking is handled by a pair of 4-pot AP Racing calipers. Expensive stuff! Rumour has it the coilovers cannot by bought from any Ohlins distributor and has to be specially ordered from R3 and is rumoured to cost 5 figures! 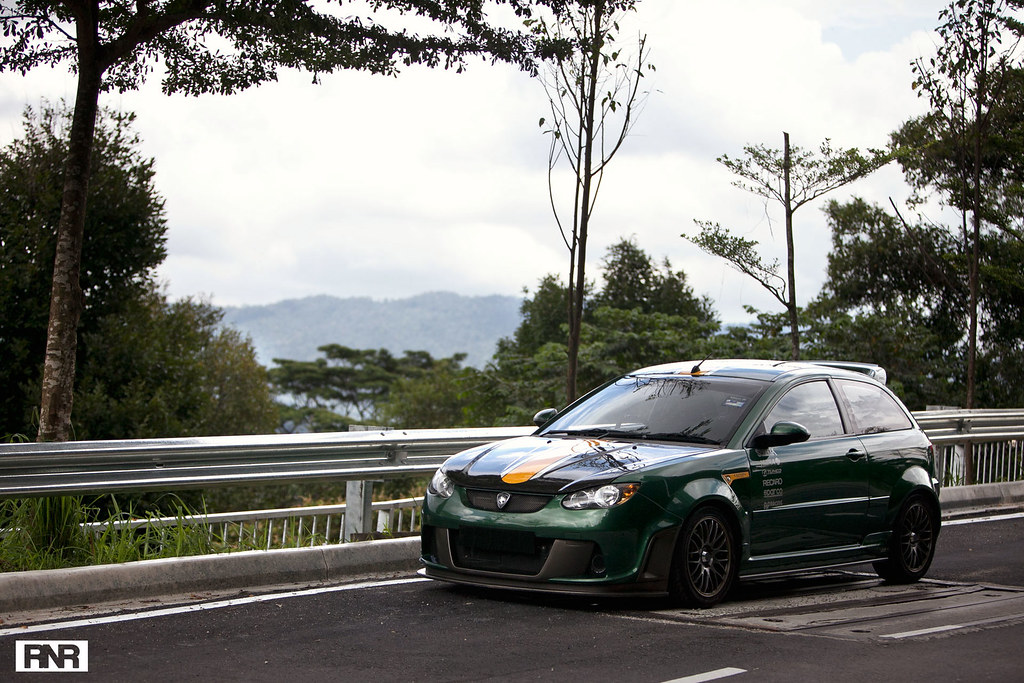 One lucky owner - Nikir owns one of these 25 units, a graduation gift from his father. Nikir's family has a Proton dealership in Tmn Tun Dr. Ismail (Kuala Lumpur) which coincidently was where I bought my Proton Persona (small world!) but it didn't mean they were privvy to the special edition Neo. It was luck that Nikir's father found this 'Lotus Neo' as another Proton dealer had one for sale. Nikir’s father bought it and made it a show car in their own showroom and was later handed over to Nikir. 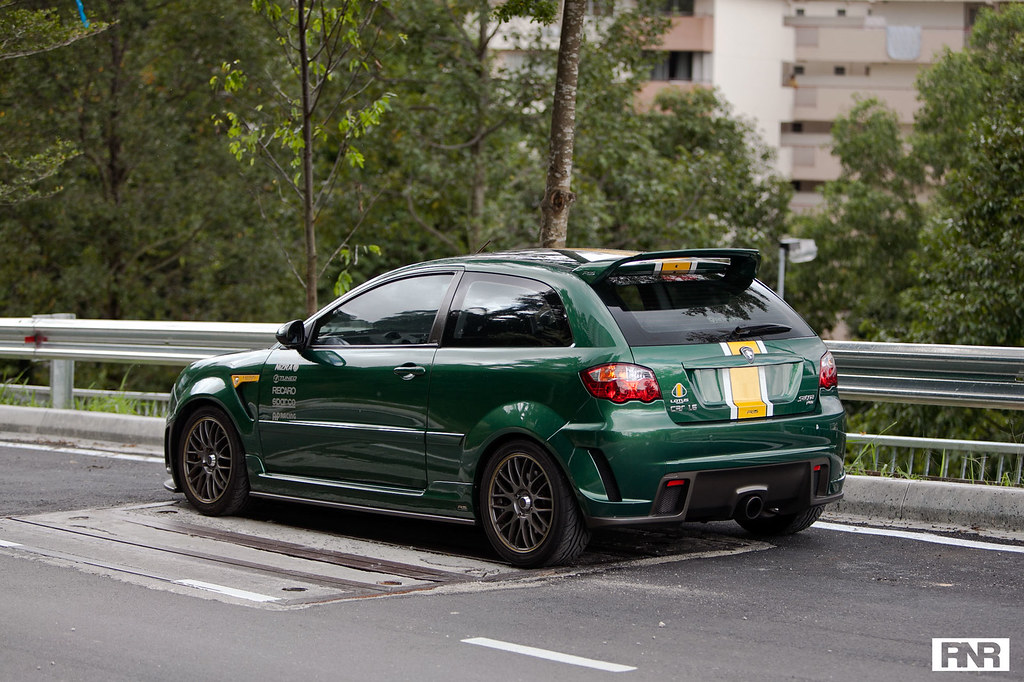 I was at the ZeroToHundred 'TimeToAttack' event when I first saw this Lotus Neo. Through the power of social media, I found him via Instagram’s hashtags and commented on his photo. Nice of him to reply!

It wasn't long before Nikir had the urge to boost the power figures of the Lotus Neo. Being 'only' 145bhp, he felt that the chassis and modifications done by R3 could handle way more power than what the car put out.

One of the more popular power upgrades for CamPro engines is the Sprintex Supercharger, a plug and play unit, versatile and since it was relatively affordable, Nikir chose this supercharger over turbocharging the Lotus Neo. Nikir also fancied the low profile look of the setup - at a glance, nothing is obvious. The supercharger is hidden underneath a large carbon fibre airbox, the average Joe wouldn’t notice anything different unless they really poked their noses into the engine bay and noticed the extra belts and pulleys.

Managed by an Aussie Haltech Sprint 500, there’s 190whp on tap now, a massive jump for a 1.6L 1150kg hatchback! If you reside in Malaysia, you'll know there's a lot of negativity for the CamPro engines seen very evidently at any Proton-related articles in Paul Tan’s (a popular Malaysian automotive blogger) Facebook page. Granted the engine lacks the low end omph but what the masses don't know is the CamPros are pretty strong engines and very little is needed to squeeze power out of them.

Generally the car didn't require much work, only a few minor tweaks in the handling department was needed after the power increase - all handled by the experienced guys at Ftuned Racing. 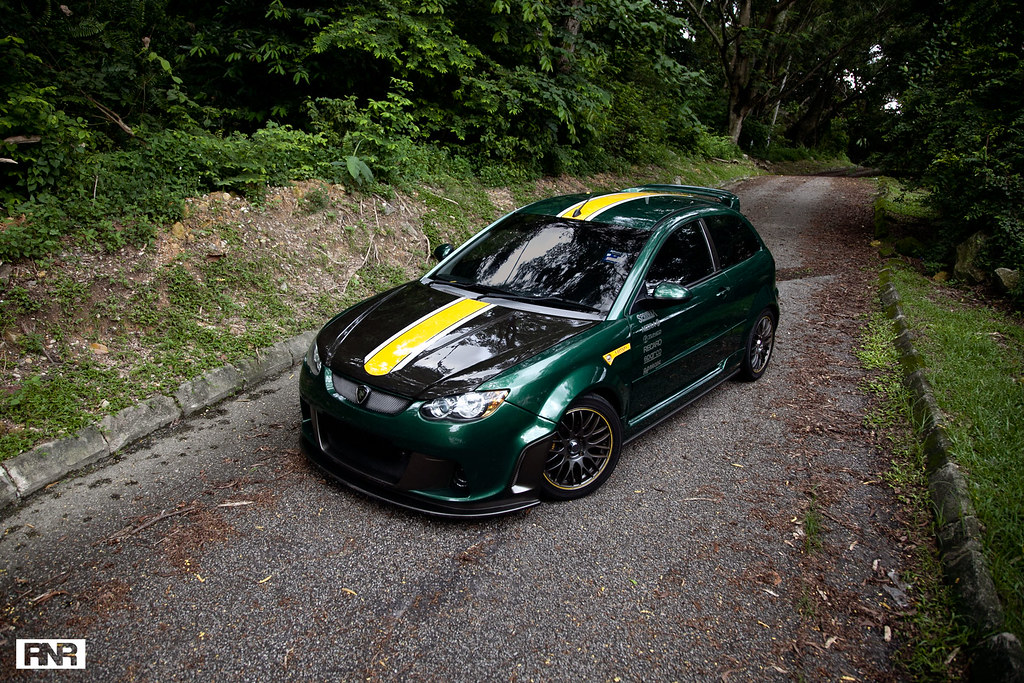 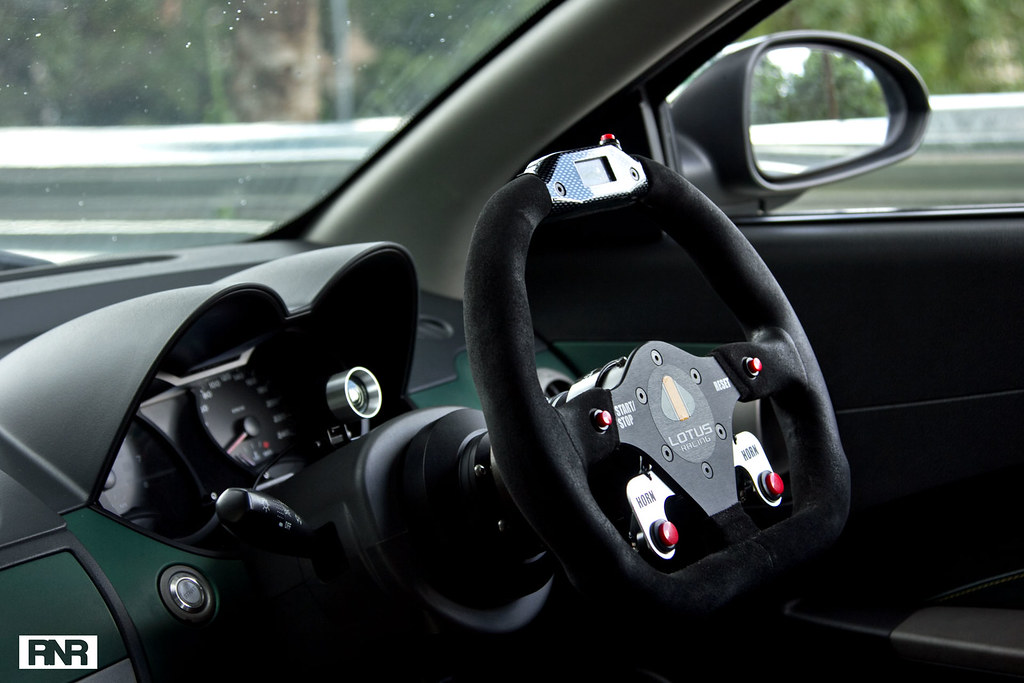 The most noticeable upgrade would be the steering wheel. It looks like something out of a Formula race car! The Lotus Racing sticker was a nice touch, made it looked factory. But in actuality, it’s a steering wheel by Sparco.

Hopefully Proton comes up with a kick ass 3rd-generation Satria since they've taken the Neo out of production line a few months back.