If Darth Vader had a car. 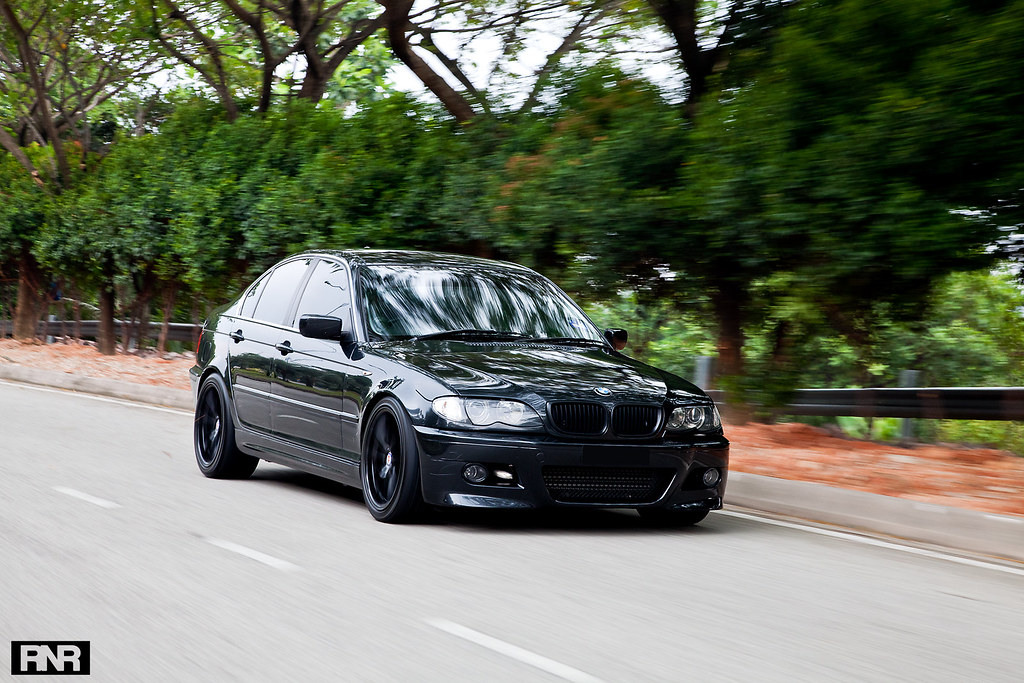 I've had 3 bottles of wine and right now I'm feeling somewhat dizzy. A good kind of dizzy though. A necessary kind of dizzy. Mixed engine swaps have been going on for ages, with the Americans plonking in massive LS engines in any and every car they can get their hands on, the Japanese interchanging RBs, SRs, JZs, in their pocket rockets, it's all pretty commonplace. However they've always had their boundaries, nothing too extreme, never crossing the threshold, nothing too blasphemous. 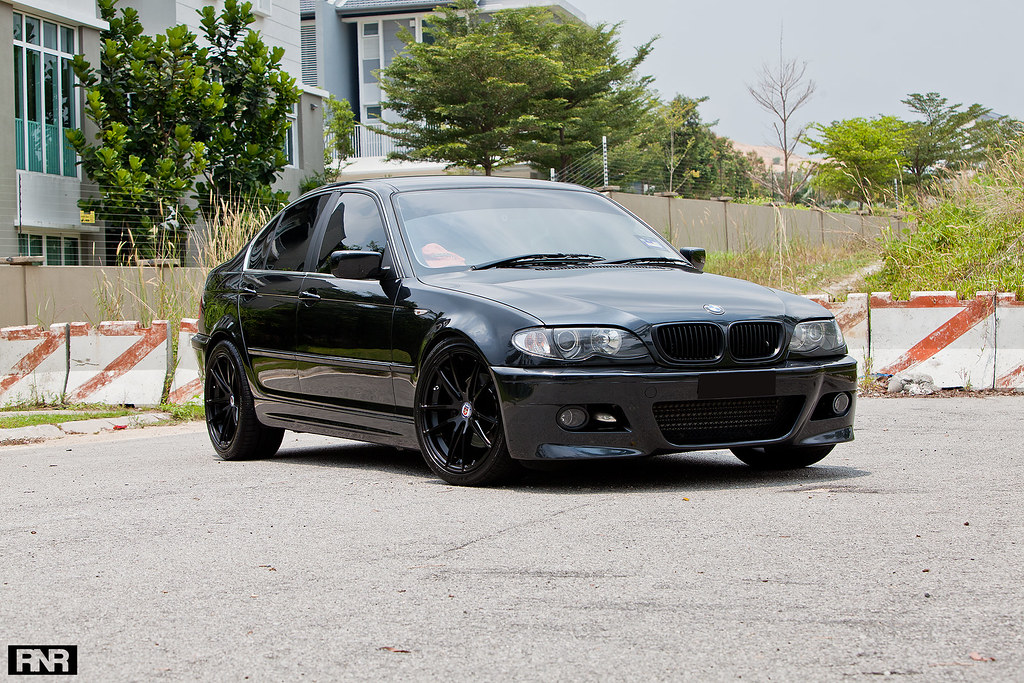 I've come across a few monstrous BMWs, one with a massive V12 transplant and another a M50 straight six 3 litre powerplant in a 316Ti. Both produce respectable performance figures and both are a handful to drive when gunned on track. 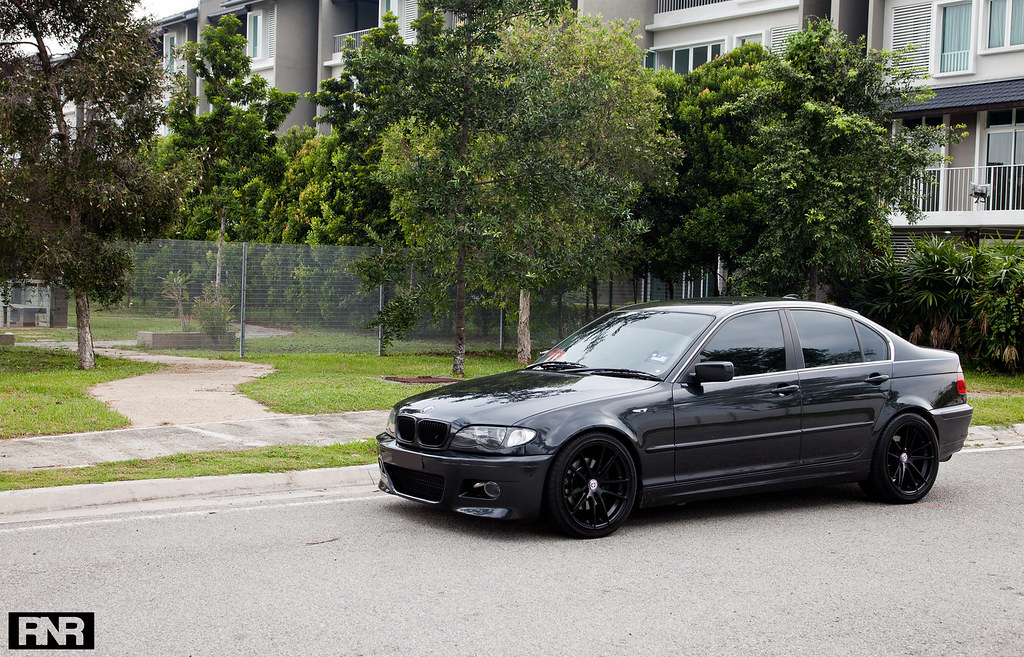 At this point JDM or Japanese Import supporters will be scoffing at the Euro marques saying their Japanese cars can out perform these Euro cars anyday. Supras, Skylines, Evos greater than BMWs, Audis and Mercedes. 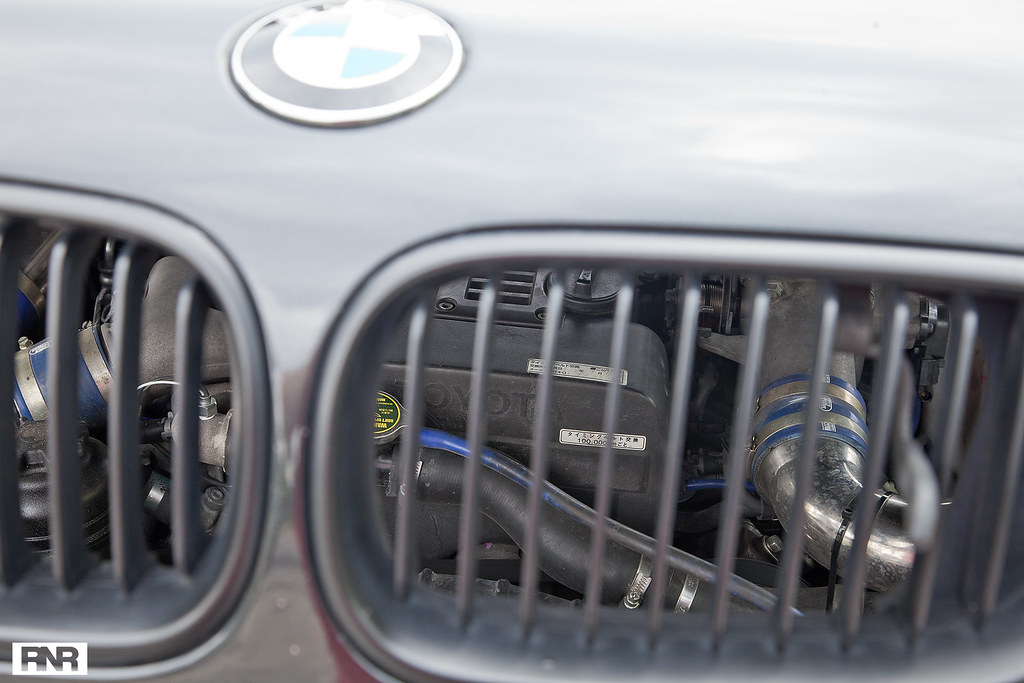 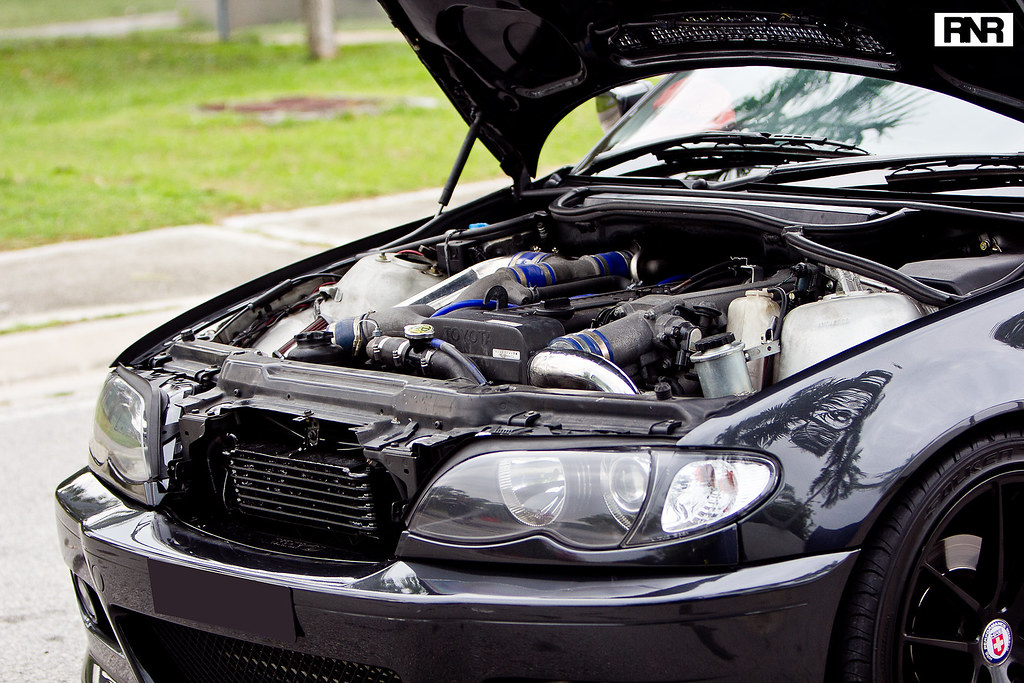 What if one decides to merge the best of both worlds? BMW handling with Japanese bullet proof engineering? This amalgamation of Euro and Japanese is akin to Darth Vader opting for a Rebel-edition breathing apparatus. All the power and abilities of Vader himself but instead of his trade mark heavy breathing, you get "WOOOOSH stustustustu WOOOOSH stustustustu". 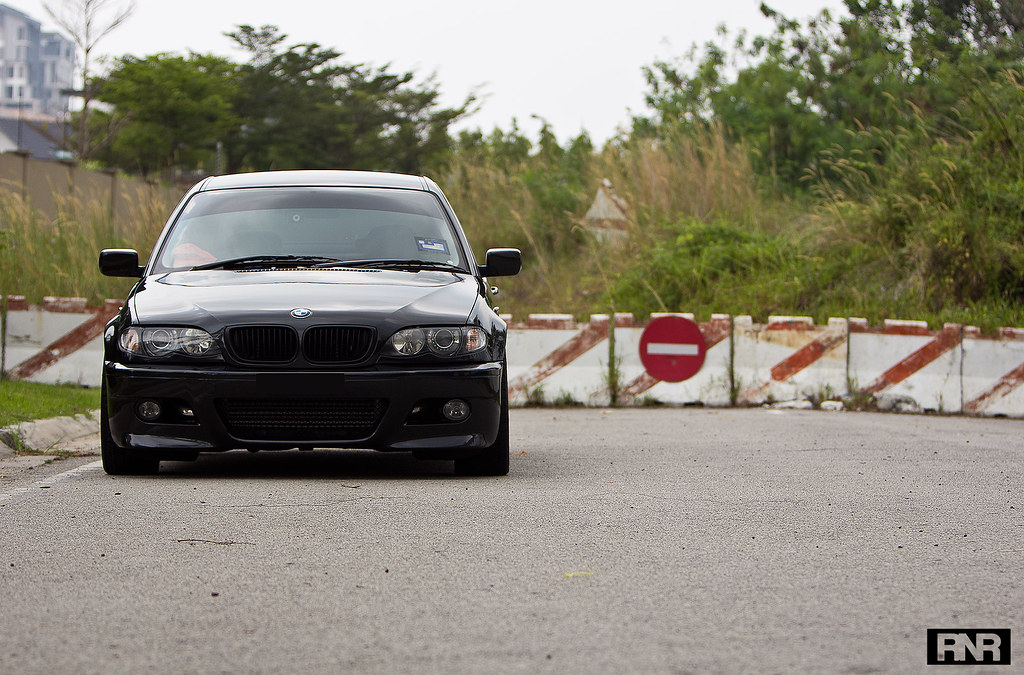 What I find even more interesting is in Malaysia, frankensteining of this nature is legal. Expensive, but legal. A 1JZ in a Beemer! Who would've thunk! 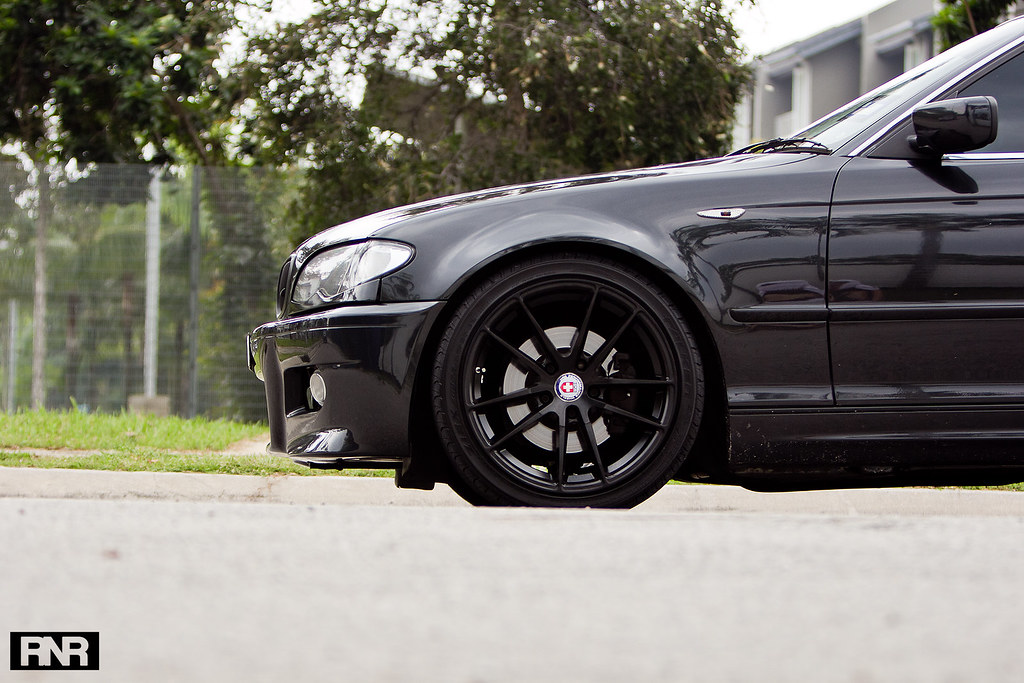 Whilst this 1JZ-GTE is relatively stock, it's common knowledge that very little effort is needed to tweak a 1JZ to produce impressive peformance figures. Steven, the owner of this gorgeous gun metal black/grey 3-series is whom I consider the Darth Vader of electronics and Jedi Knight of car mods. A pretty potent combination! Leaving most of the mechanical parts stock, the CT12 twin-turbos had their fins replaced with billeted fins and is controlled by a Greddy Profec 2 boost controller, resulting in a 20WHP increase and a massive 90Nm torque increase at 1.15 bar of boost.

Double PCV valves were installed to eliminate the inherent blow-by failure which wears out the turbo oil seal, a common issue with the 1JZ-GTE engine. The stock ECU was swapped out with an after market ECU with a custom map and the stock ECU traction control was modified and customized by Steven himself to work. Normally this is omitted by most mechanics when cross-transplanting to other marques to simplify the transplant process. 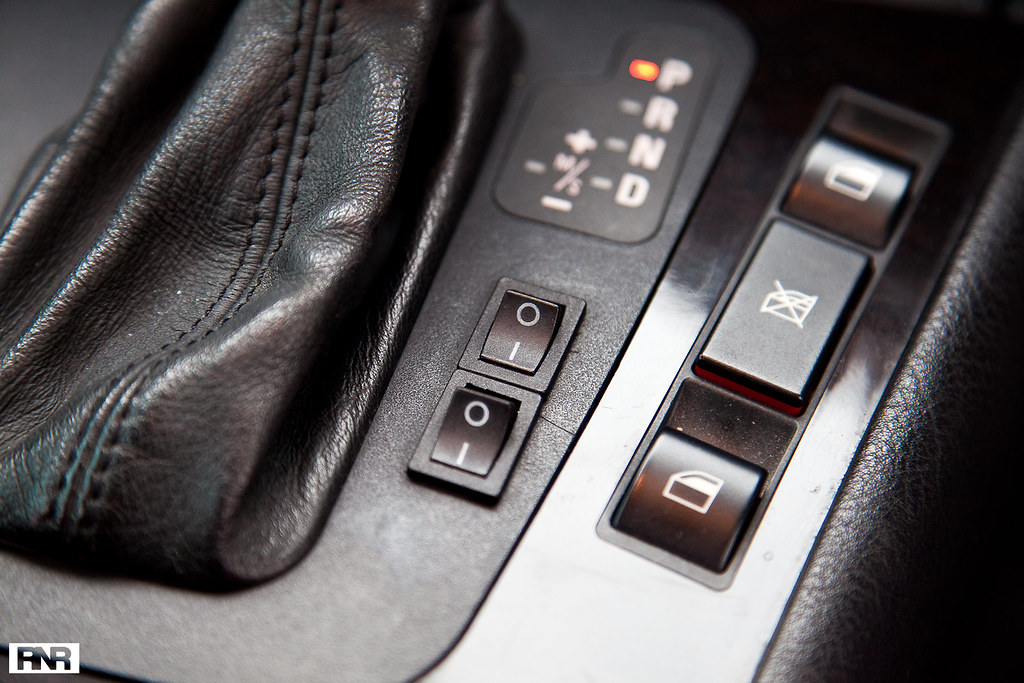 2 specific happy buttons were custom installed to work with the car, the traction control "on/off" button and the "economy/power" button. Pretty interesting how the original system works and how I've never actually seen the actual system in play in all of the 1/2JZ transplanted cars I've come across! Steven explained that he managed to enable the traction control by feeding back the speed return signal from the ABS system. He's experimenting with other CANBUS features and told me "to be continued". 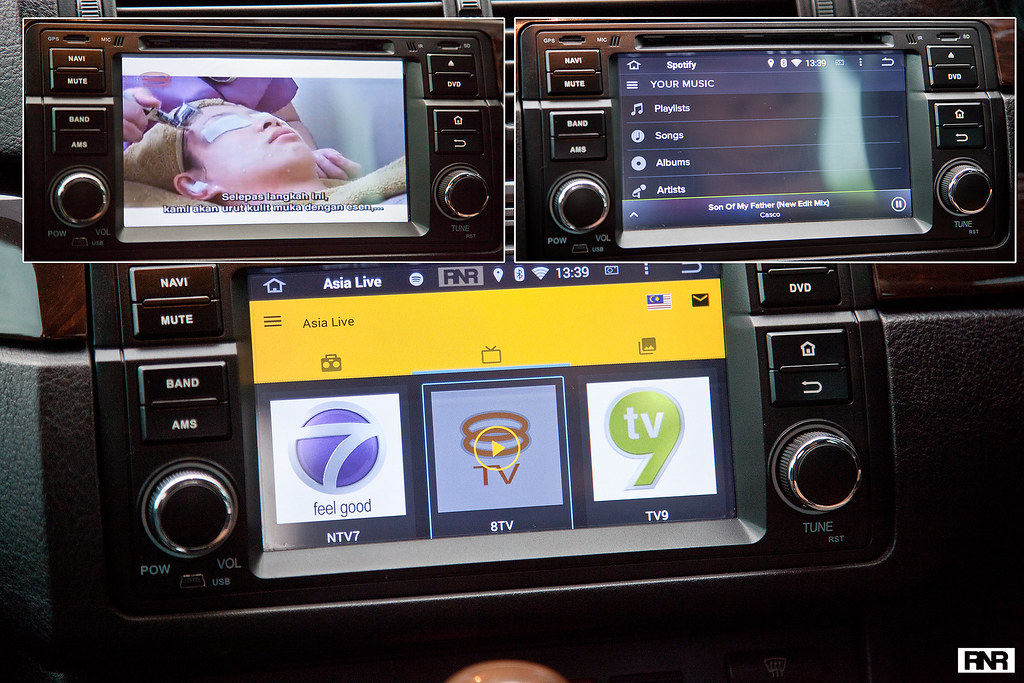 Among the other intresting things Steven has hacked/modified, is this headunit. Notice it plays TV channels, has Spotify and is a completely controllable via the steering controls. How incredibly handy! I've known Steven for some time and I know he repairs Haltechs as a past-time and invents all sorts of insane meter clusters, heavily customizes DIY ECUs and lots of other electronic wizardry. Just look at his work bench! 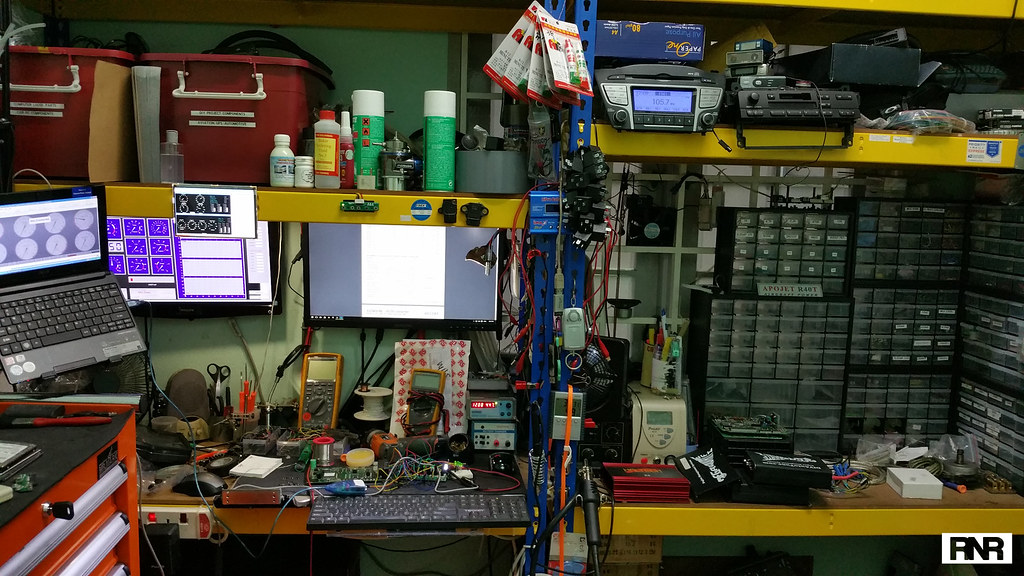 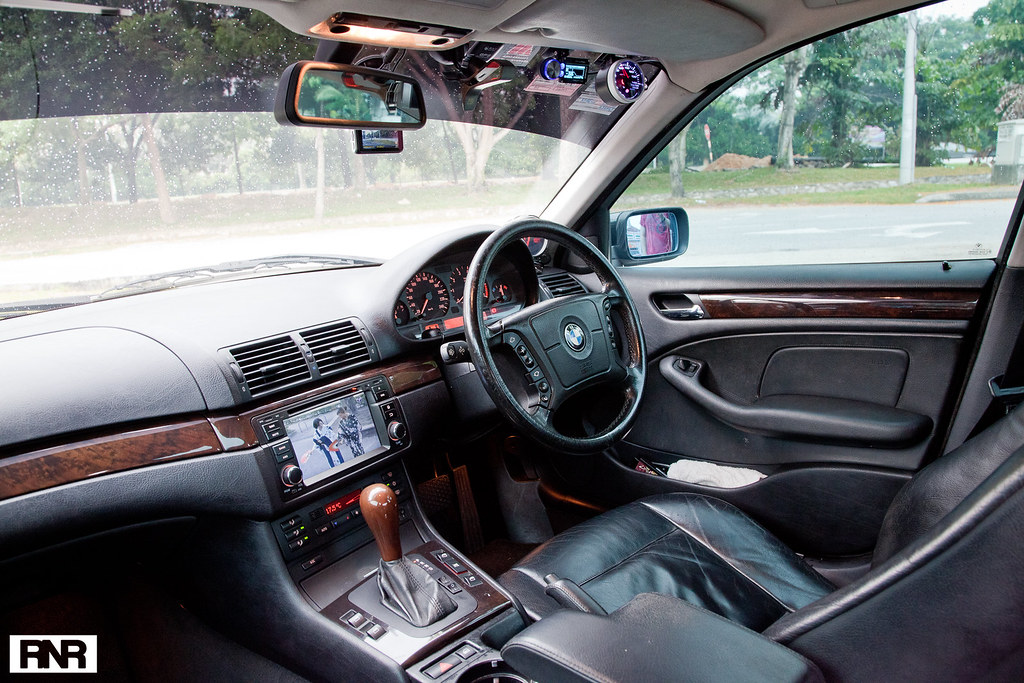 Like me, Steven isn't exactly young physically, but the heart will forever remain young and the cabin shows it. Lots of blinking lights and colourful displays, but not without purpose. Everything is there for a reason. A DEFI RPM meter, a Greddy Profec boost controller, a Depo water temp meter, and a bright orange meter cluster (original I know, bulbs swapped for brighter clarity) will keep the the driver company when cruising at speed (was told top speed is 285km/h @ 7000rpm). 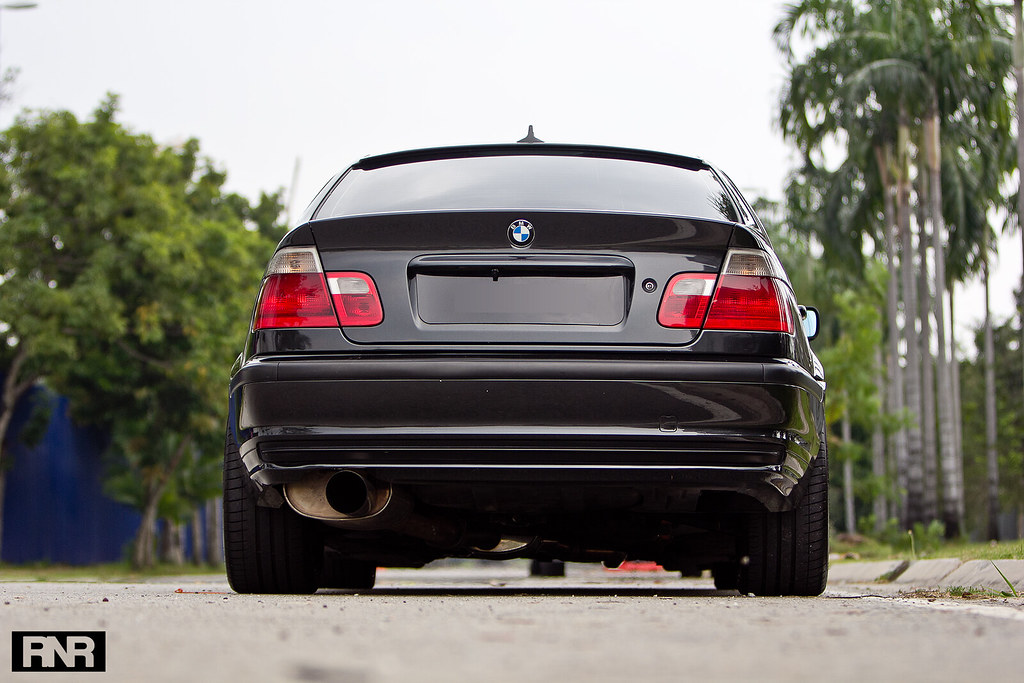 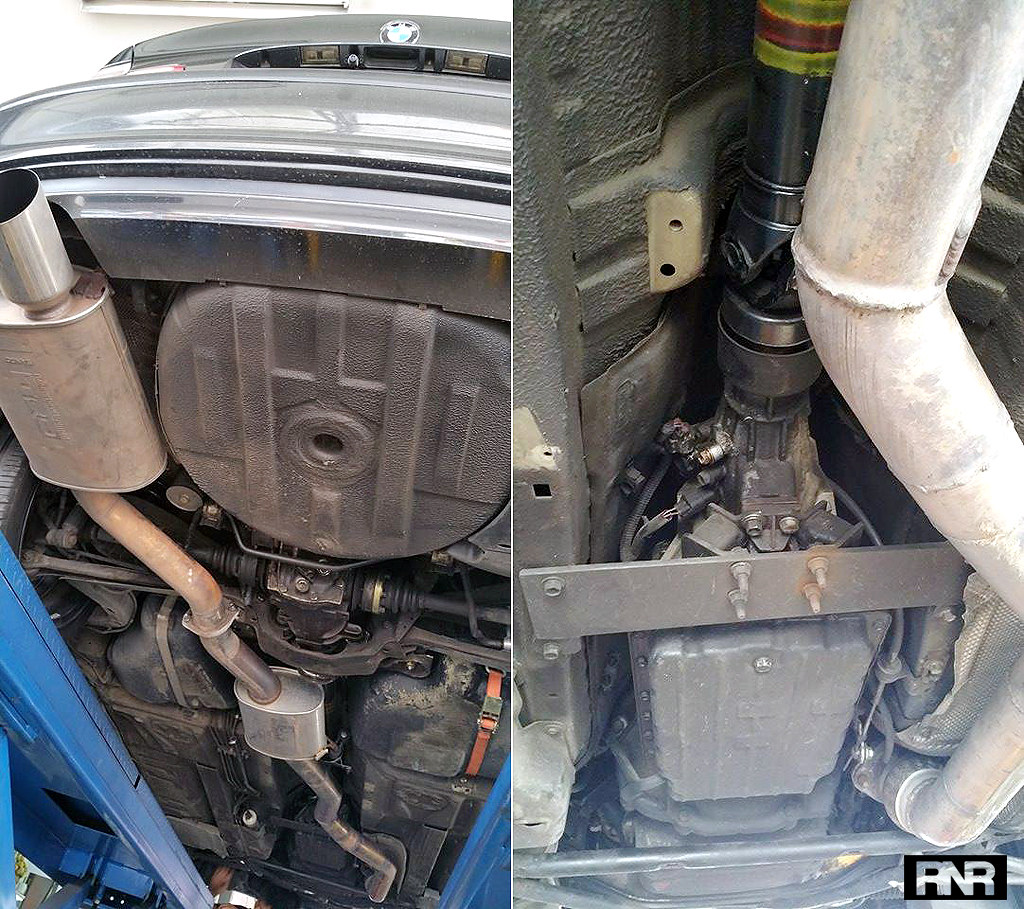 Like all custom engine mashups, everything fitted needs to be customized, including the auto-gearbox. A pretty thick plate was used as the GB mount. Why auto? In Malaysia, one needs to understand that roads here are bad. How bad? Smooth roads like those found in Japan are at least 100 times better than the roads we have here. Patched roads are uneven, sink holes are common, sunken poorly patched holes are a commonplace and the smoothest roads in Malaysia will give those driving with coilovers a serious backache. And to top it off, Malaysian traffic is horrendous. It's only beaten by the psychotic Indian traffic habits and insane Indonesian traffic. Also, this being a daily drive, automatic makes sense. Having test driven this Darth Vader BMW myself, the gearbox is the least of my concerns! Two hands on the wheel is a good thing! Power delivery is so smooth you don't know you're speeding until it's too late. In power mode and with the traction control off, power slides are easy for this RWD Japanese Euro especially with the automatic TMS S2 Stage 2 Toyota Supra gearbox. 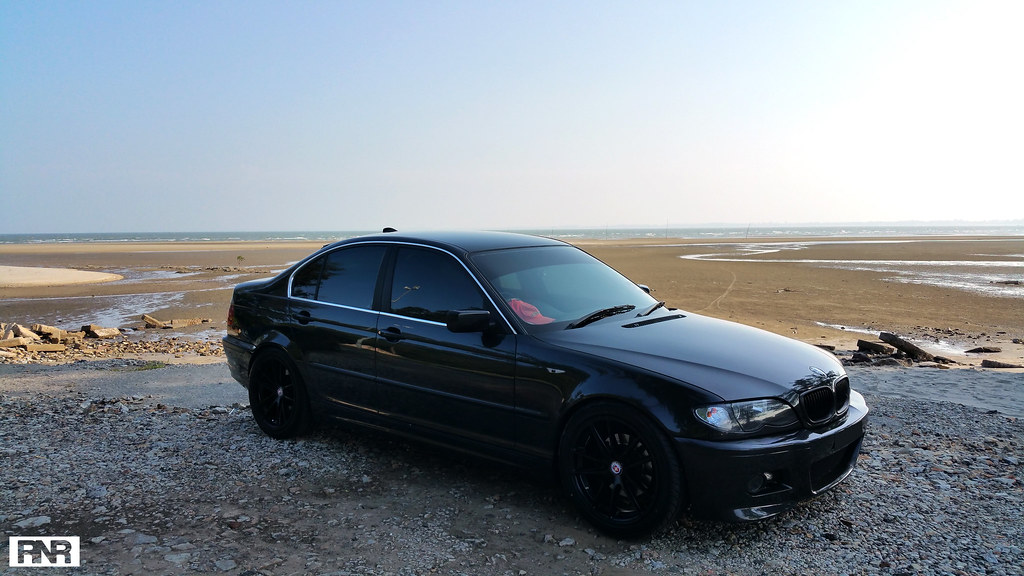 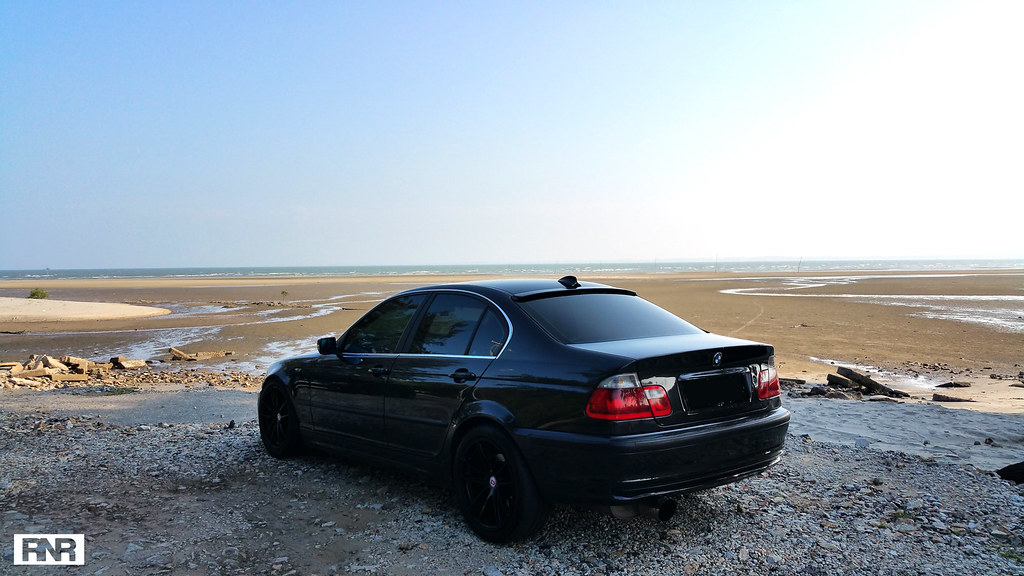 Staggered front and back tyre sizes give the car a bit of a nose down stance. It doesn't affect the handling of the RWD car though and in those gorgeous HRE Performance wheels, it just sits perfectly. Suspension is a mashup of original M3 springs and PRS-customized Bilstein absorbers. Interestingly the customized absorbers done by PRS has improved the stability when running at high speeds. No more sudden knocks from uneven roads and nothing but grip, grip and grip! 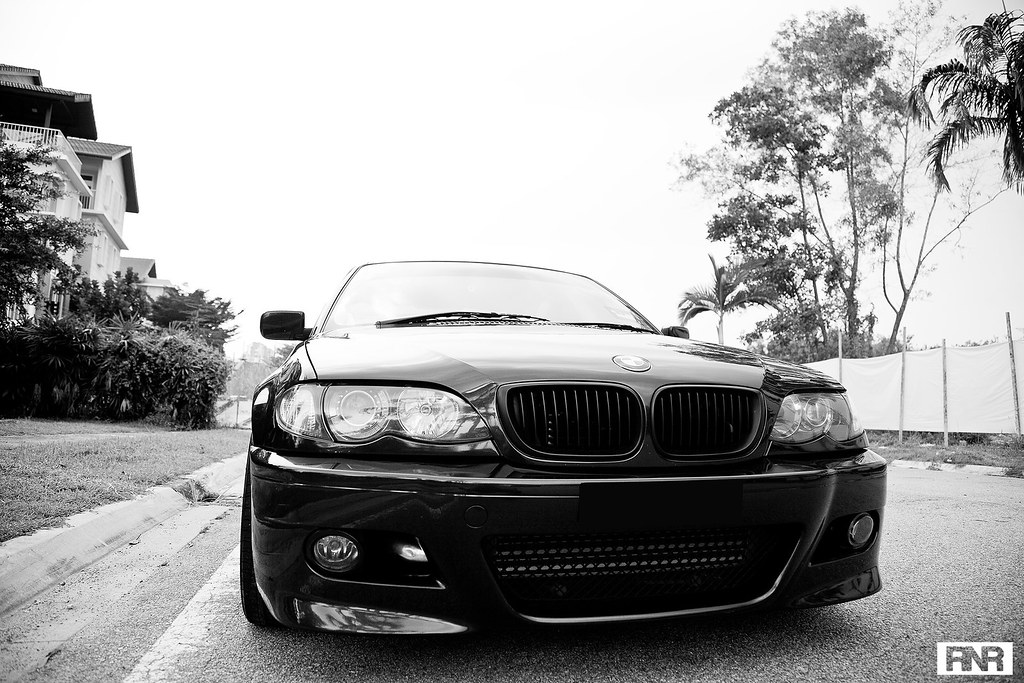 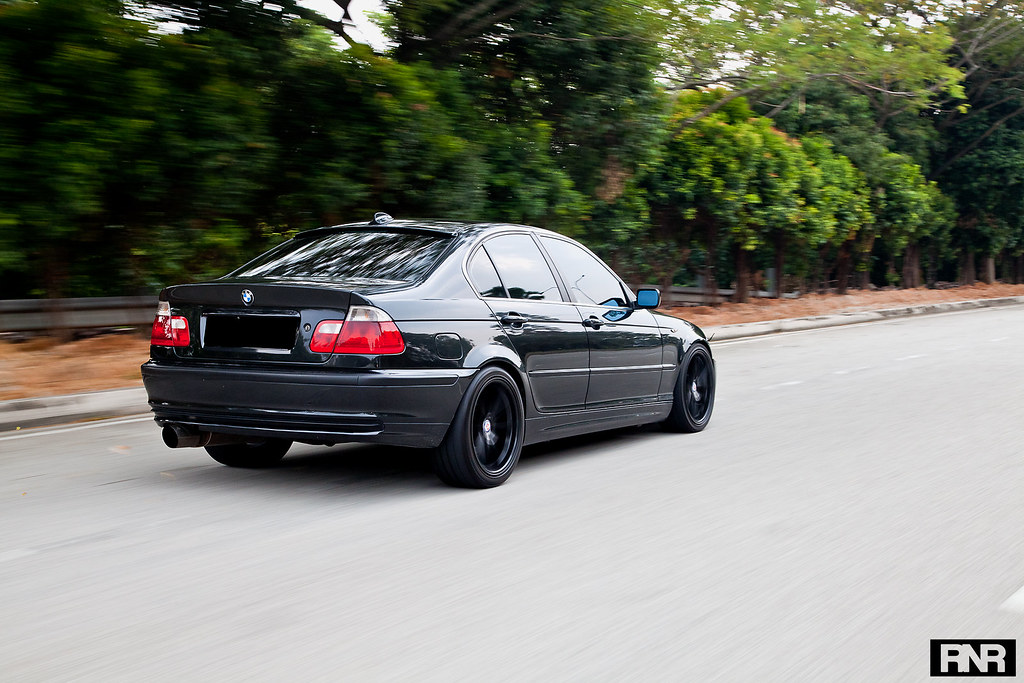 It's always interesting to review cars with this level of modification. Not quite blasphemous and not quite insane, but 100% completely extraordinary! 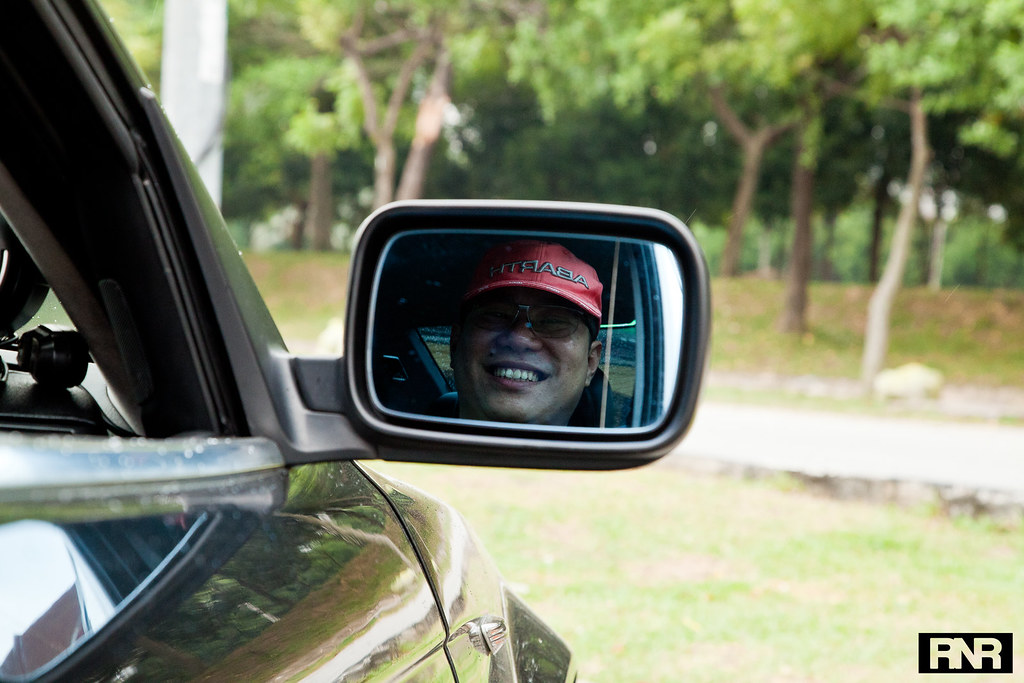