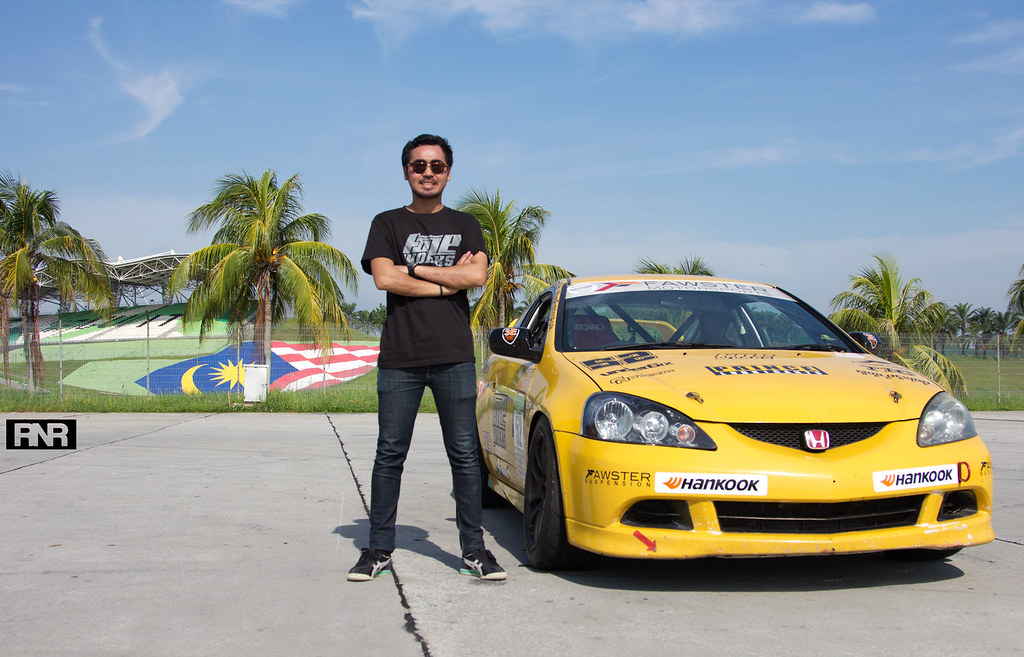 Today we are featuring a racer who perhaps might inspire you to pursue a racing career of your own.

Our first racer interviewee - Mr Izzat Razin. This guy is the same age as me but he's been racing for a while now! I envy him but hey, I may yet have the opportunity to follow the same path. He was a college mate of mine and I still fondly remember his loud Proton Satria Neo. He currently drives 2 Honda Integra DC5s, one built for track abuse and another for daily commuting. 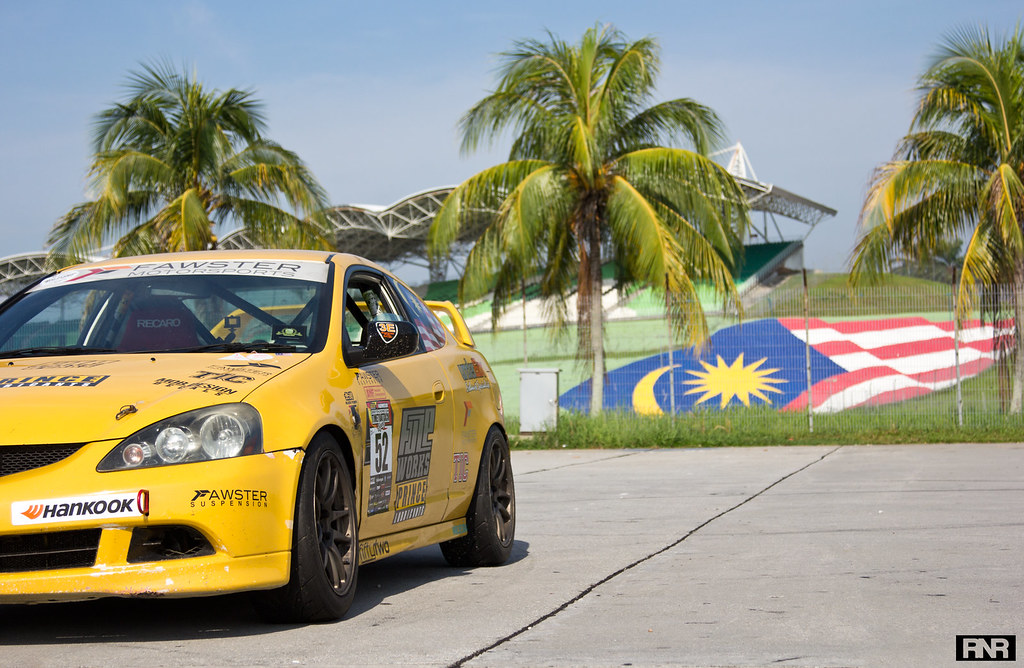 Bee: Yo Izzat, tell me a little about yourself.

Izzat: I’m Izzat Razin Ali Bakri. 22 Years Old this year. Currently doing freelance marketing and racing at the same time. Trying hard to make a living out of Motorsports. Currently racing with National "C" for Circuit Racing (2 years) license. I started going for track days with my Satria Neo back in 2009. From there things started becoming serious and I started driving in Time Attacks. Later on was encouraged by my mentor Faidzil Alang from FA Racing and Fawster Motorsports to start racing professionally. Never looked back since. 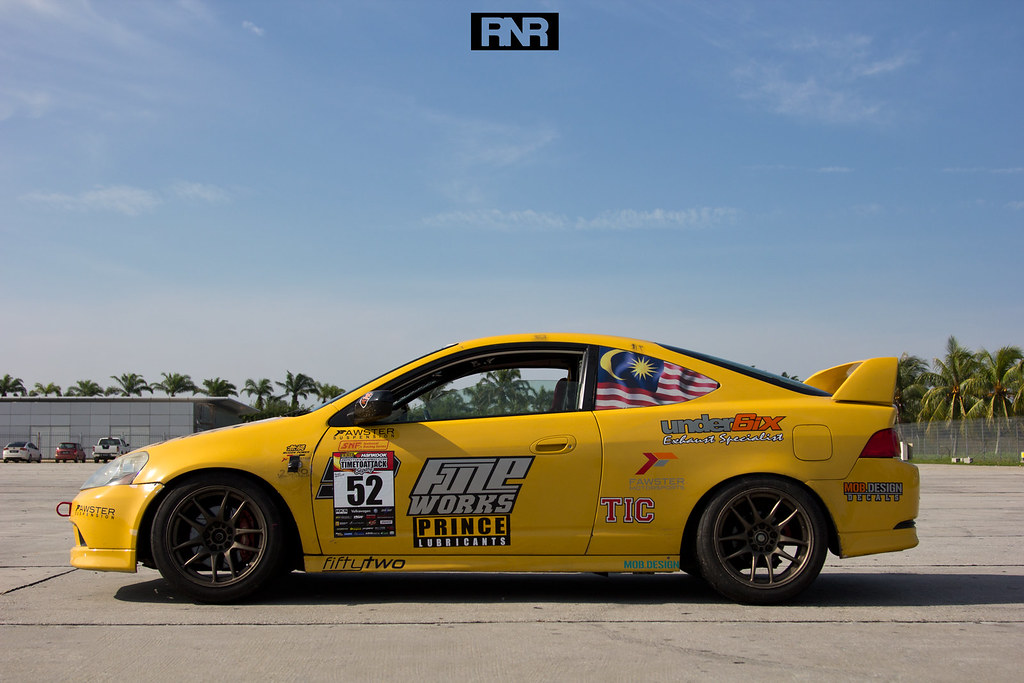 Bee: Nice. What about the guys at Fuze Works?

Izzat: FuzeWorks is actually run by me, my brother and my uncle. We use it to promote our racing team and at the same time give opportunities to people who are interested in racing. Our cars are maintained by Fawster Motorsports and AMN Maju Auto. We do sell racing apparel and also 2nd hand parts. But it’s not our main business. 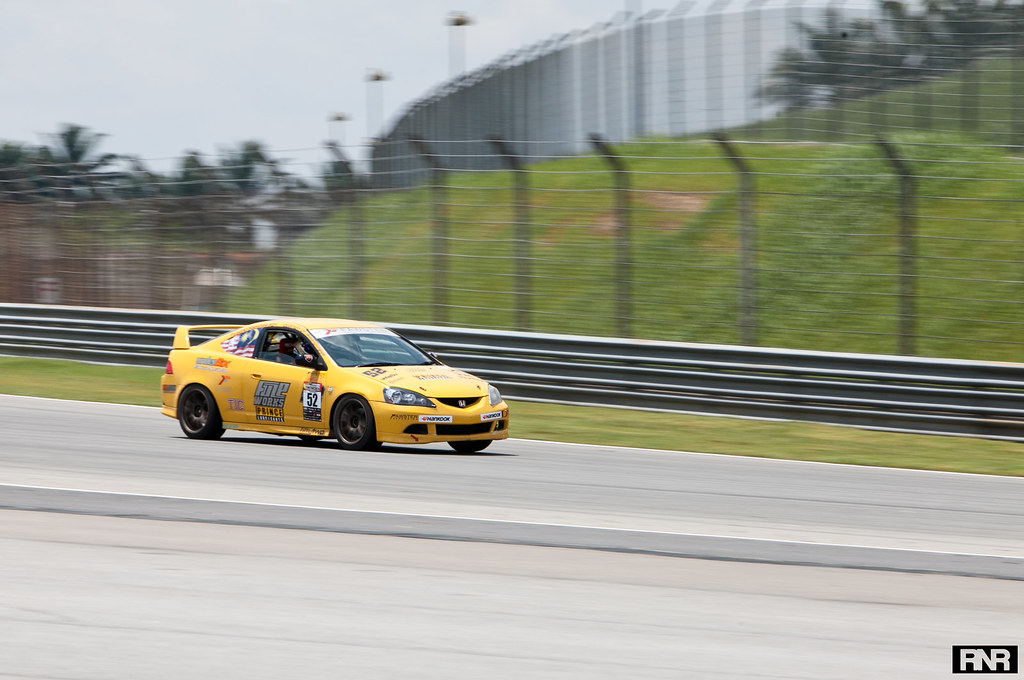 Bee: Oh, how have things been going so far? Have a few students under your wing?

Izzat: So far so good. It’s been great actually. Getting positive support from people out there. Also supported by people from Fawster Motorsports, FA Racing, Under6ix Exhaust, Taj International College (TIC) and also MOB Design. These are the people who keep us going. I actually try to help out as much as I can to those who are interested in racing as well as learning at the same time. 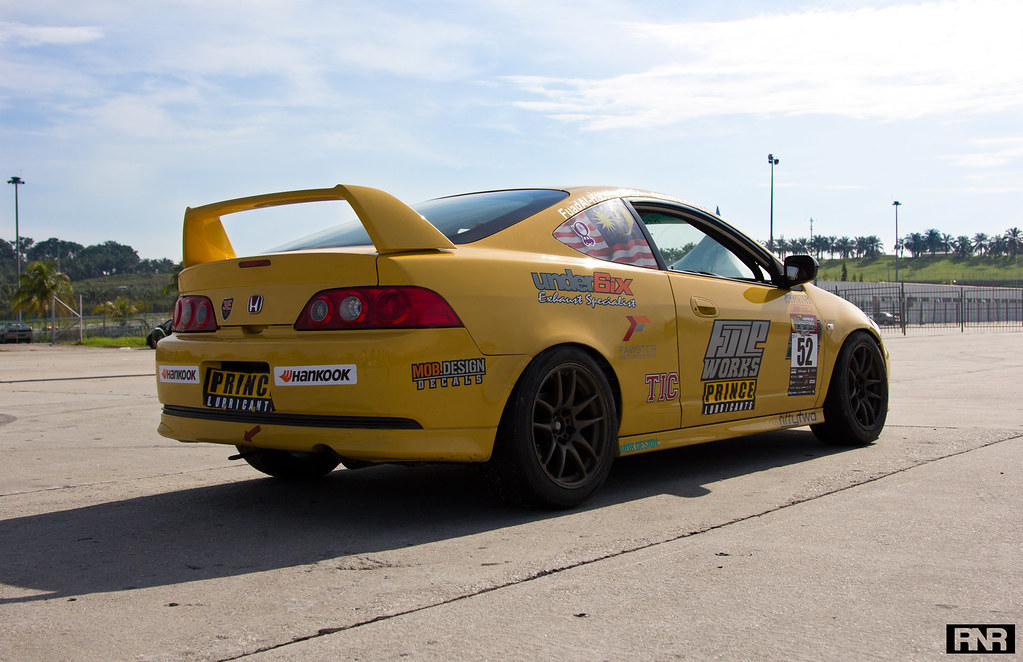 Bee: I still remember the first time I saw you at TimeToAttack. Great to hear about how well it’s going. About TIC, were you racing for them or is just an ambassador for the college?

Izzat: For the TIC Motorsports Team, I was given the opportunity to be a part of the team alongside Mr Azad Jasmi, Mr Faidzal Alang (Malaysian Rally Driver) and Mr Zizan Razak (Malaysian actor). At the same time we are supporting grassroots racing events in Malaysia such as Generation-X 1 hour Endurance Race and Time Attacks organized by them. 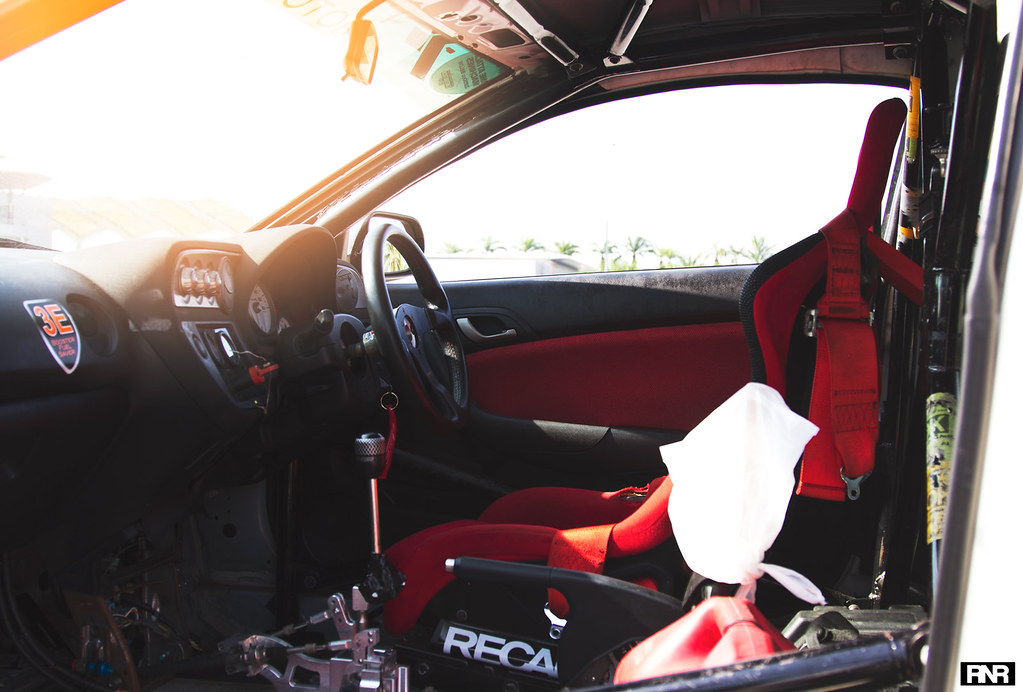 Bee: I see. Now let's talk about the cars. Why did you sell the Neo? Was it at its limits already? Potential wise.

Izzat: Sold the neo because I needed the money to fund my current race car. Actually before that, I planned on converting it from a road car to a track car but after doing some calculations on the cost of transforming it, I changed my mind. I got the white DS5 first. That’s when I decided to convert my Neo but ended up not doing it. It's expensive! Asked around and found my current race car for a fair price. So, I sold off the Neo and bought the yellow DC5. 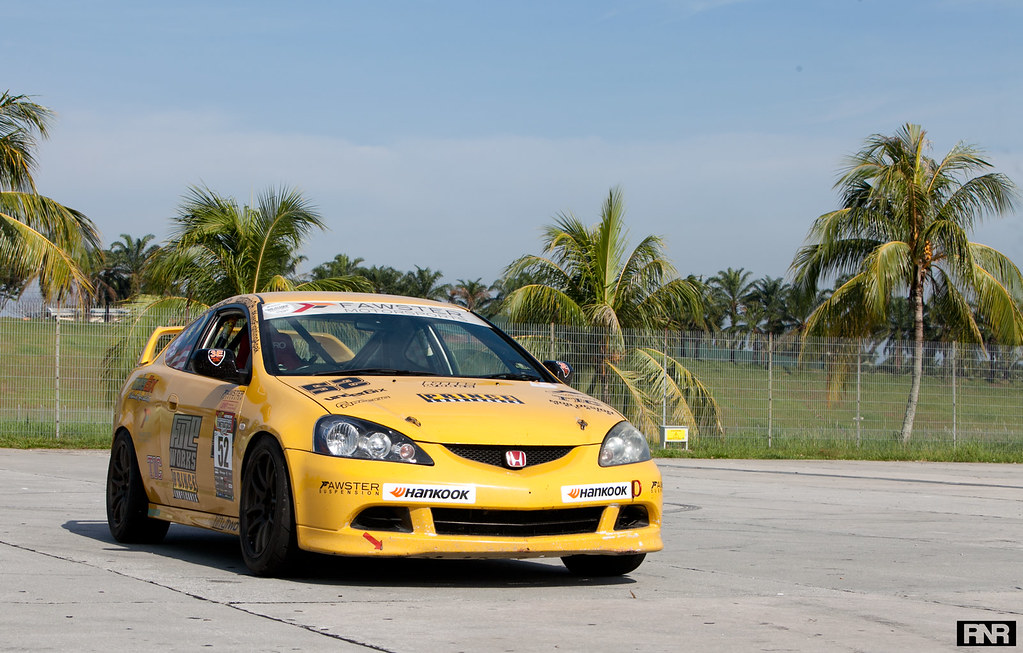 Izzat: Well, I had my eyes on 2 race cars that time. An EK9 and the DC5. I wanted to race in MSS which is now known as the Malaysian Championship Series (MCS). The EK9 can’t race in it hence I chose the DC5. So far I’ve only raced the car in SNF National Series in Race Cars Class 1. The EK9 is a great car but I really want to race in the MCS, so DC5 it was. My goal is to get my international licence and race in a One Make Race event. Hopefully one day I'll achieve it. 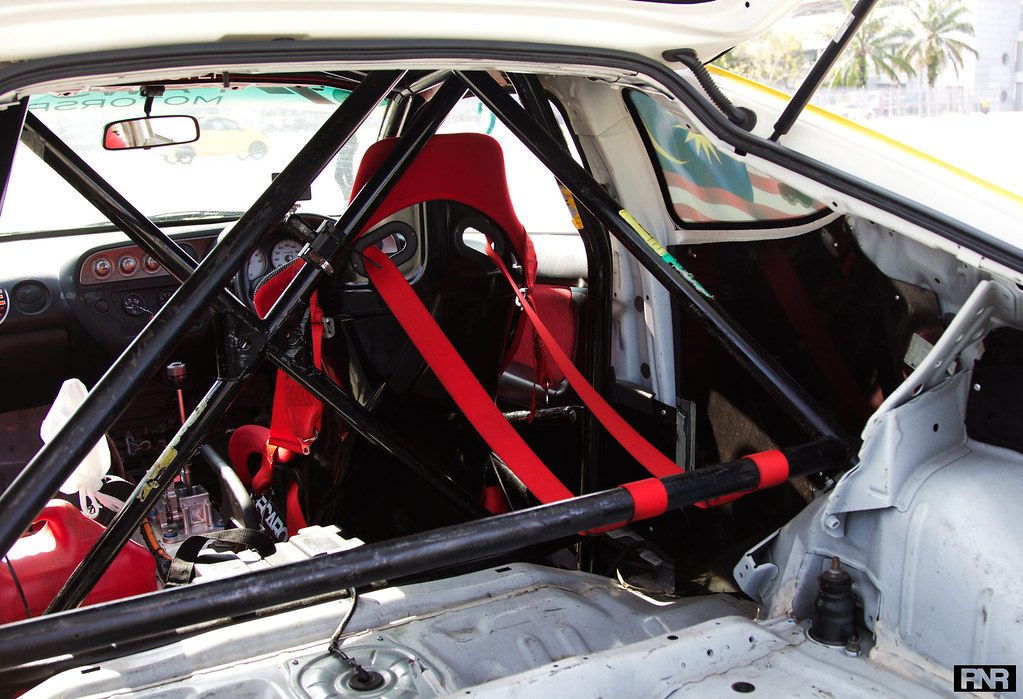 Bee: What would be an upgrade?

Izzat: Would love to drive GT cars. A Porsche GT3 to be exact.

Bee: Shouldn’t be long since you started young. What’s your proudest achievement?

Izzat: Finished 4th overall last season out of 11 drivers in SNF Race Cars Class 1. Trying my best to improve every time I get into the car. 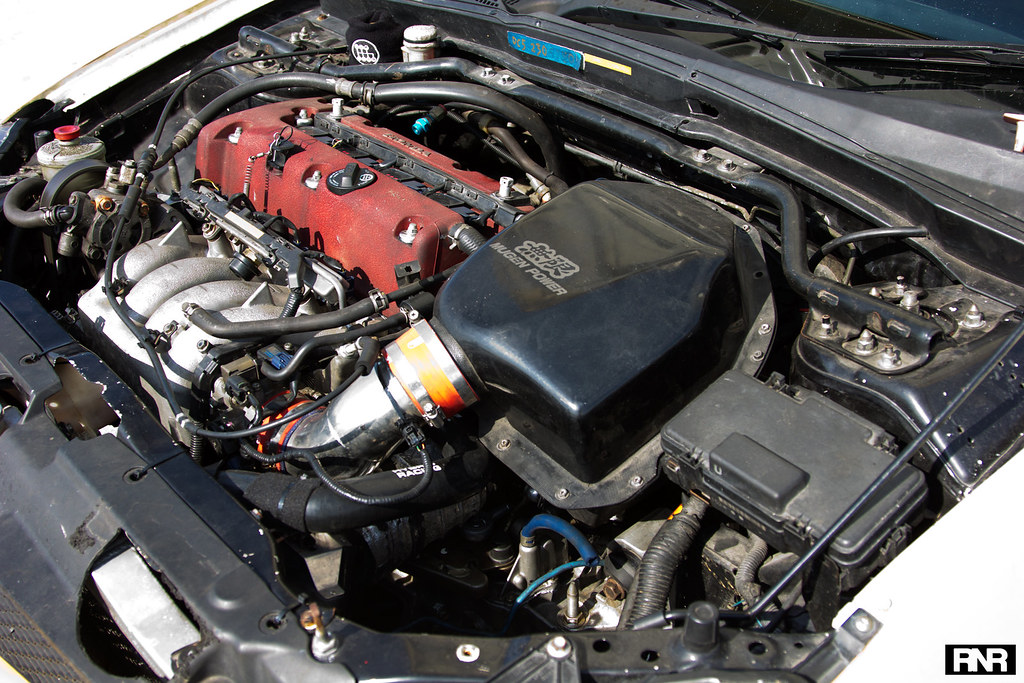 Izzat: Yeah, thanks to my teammate/mentor Faidzil Alang. Taught me a lot about racing and always encouraged me.

Bee: Let's conclude with a few silly questions. Favourite 3 cars to own? Unrealistic ones included. 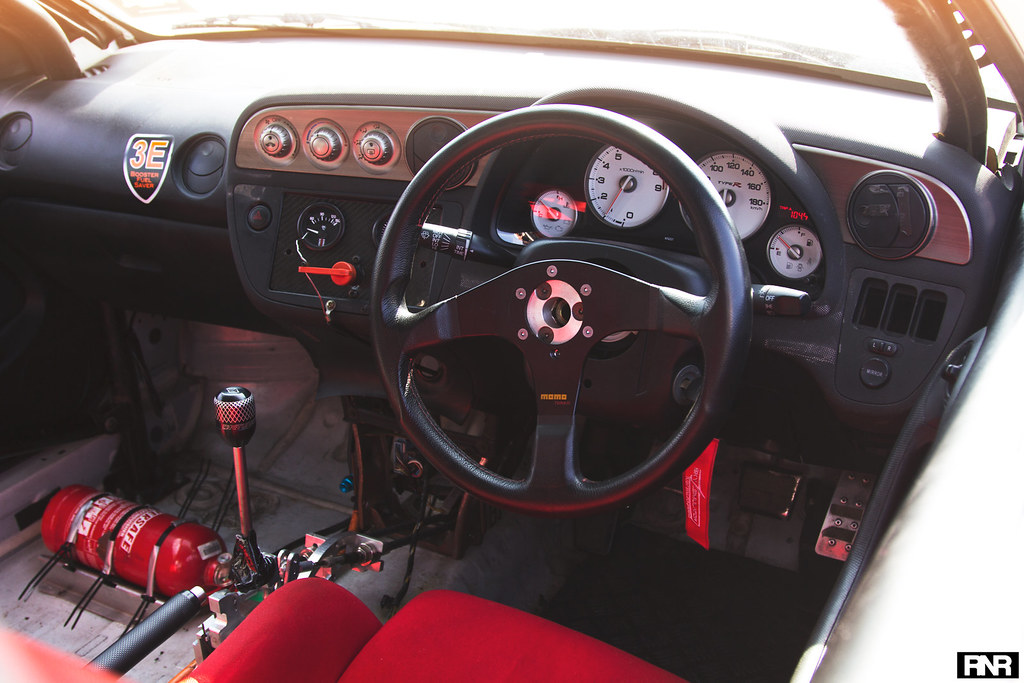 Bee: I can see you're a Honda guy, would you say so? 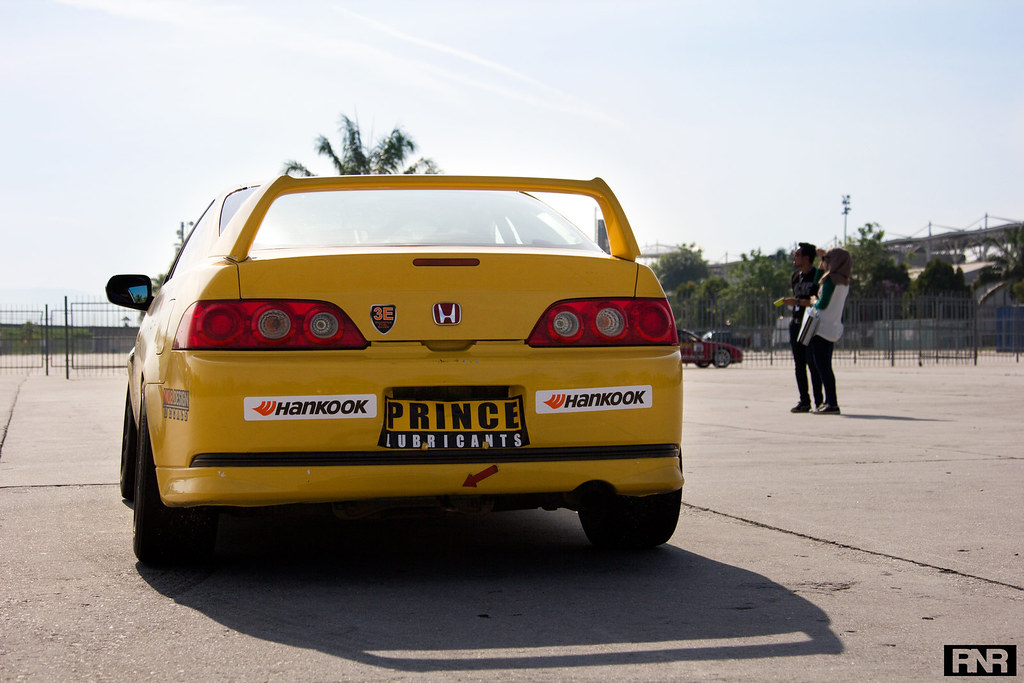 Bee: Any objections or protests from your girlfriend?

Izzat: She supports me all the way! I don’t party, I don’t do drugs, I don't womanize, I just love racing. So what’s not to support about me going racing! 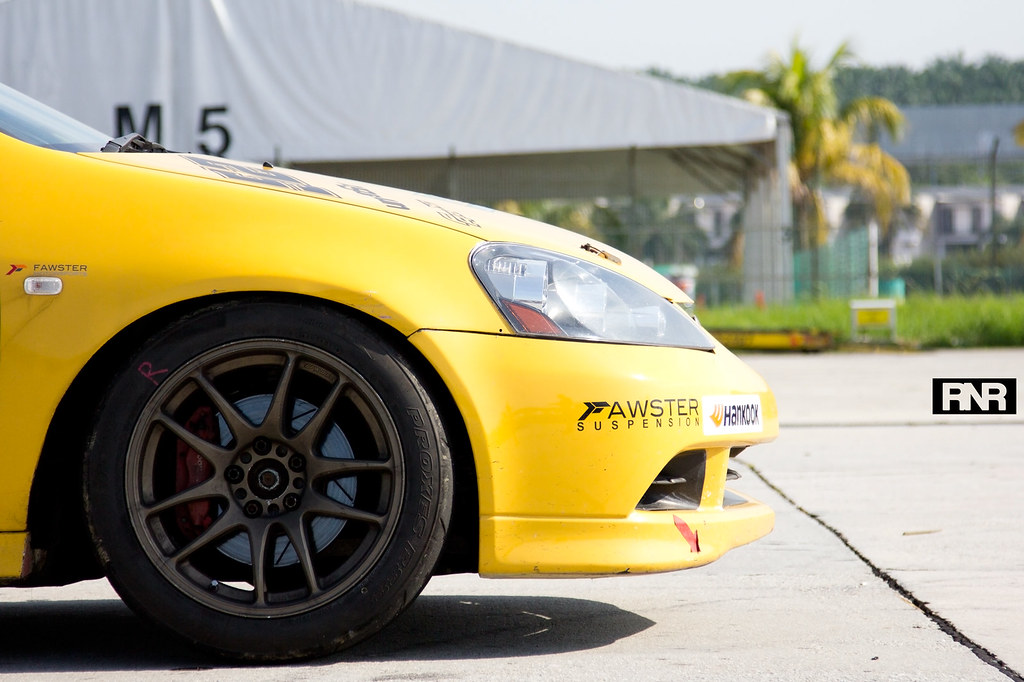 Bee: Any insights or tips for the potential racers out there?

Izzat: If you want get serious with racing, my advice is just do it. If others can do it, you can too. Just "Jangan Berani Bodoh but always Berani Pandai” (Don't always try to be fearless, be smart instead) . If you happen to see me at Sepang, give me a holler. Thank you to my racing buddies, Sayed Fuad Al-habshee, Najiy Razak. Ifwat Razak, Farizman, Ruzai, Raedi, Chai, WMRedza, Sayyed Ali, Aman, Faizul, Alif Hasri Design. Thank you to all that never stopped supporting me. Thank you so much. I’m still new in racing and I’m not planning on stopping anytime soon! Thank you to my late grandfather. For always supporting me in everything I do. I love you Apak and I miss you. Al-Fatihah. #izzatrazin52 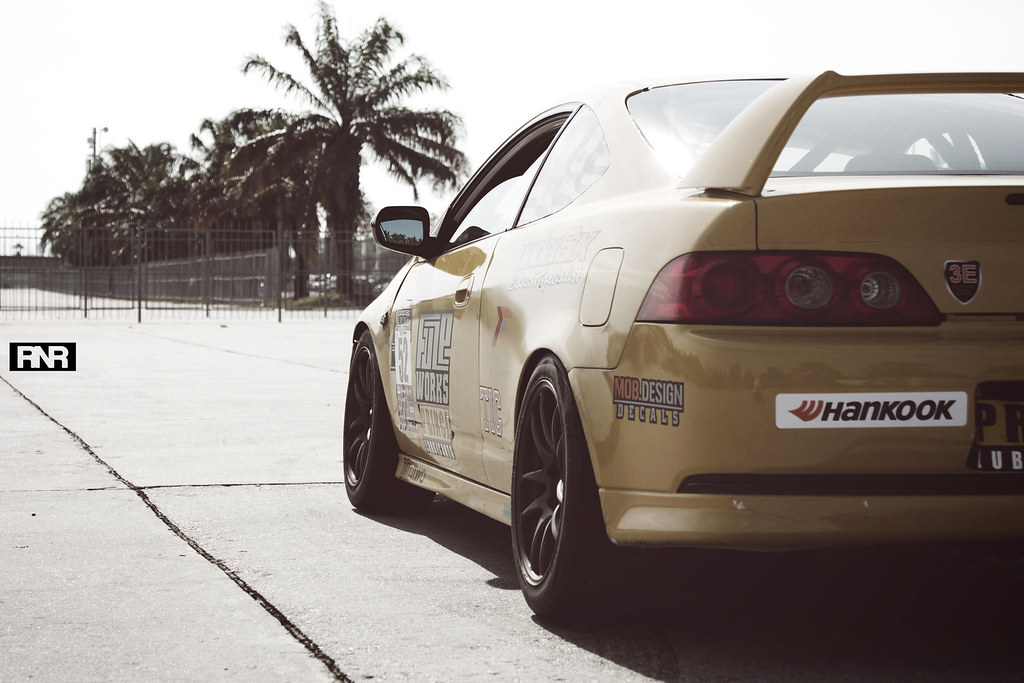