How to mod your car part 3 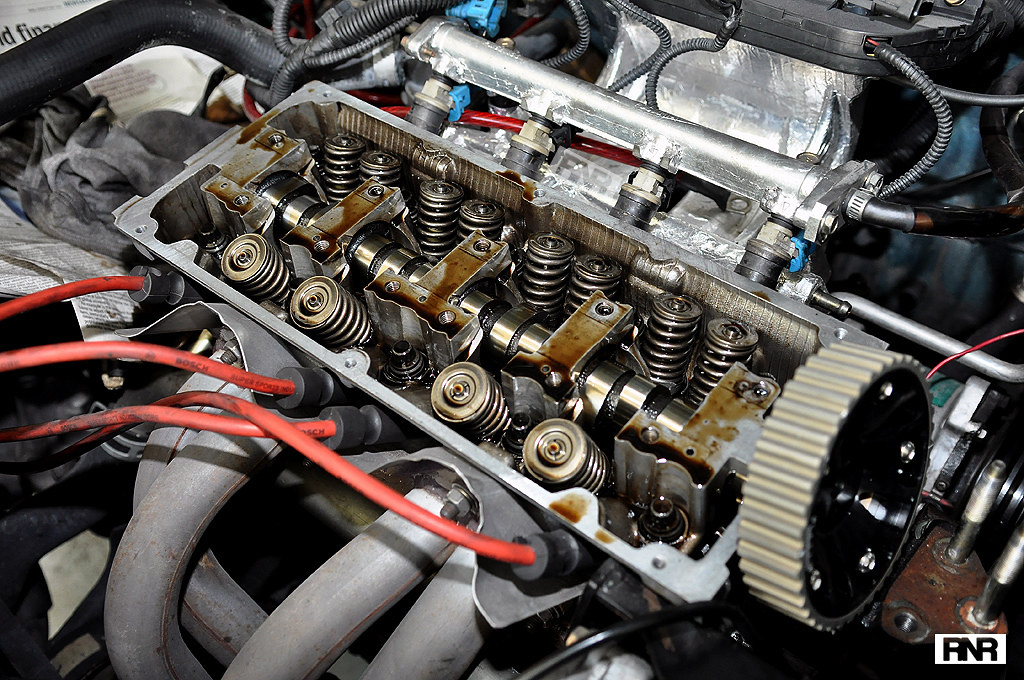 Before I start - I'd like to point out that todays writeup is considered basic NA engine modifications. I'm not going to go into the hardcore mods, just only the most obvious and the most 'basic'. If you start asking about the Power Linz or the Singh Groove, that means you're knowledgeable and shouldn't be reading this!

I'll talk about forced induction later since that is very much in the really expensive section of my rants. I don't believe in plug and play BOT (bolt on turbo) configurations because if you're going to BOT, do it in a bigway and boost in style! Not a paltry 0.2bar/0.4bar boost...

Right. On with the show! 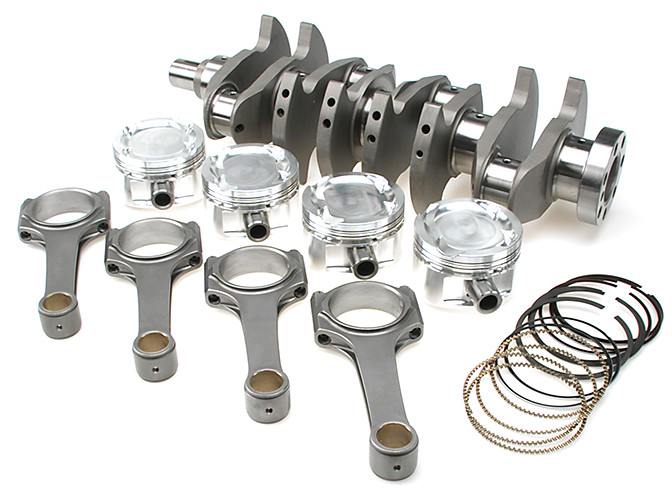 No matter how much you trick out your 1.3L car it's still a 1.3L car (rotaries don't count!), a 1.8L will eat it for breakfast. So consider a "stroker kit" and "oversized pistons". What are these?

Stroker kit's are exactly that, they stroke, and caress, and pump up and down... the pistons. The longer the stroke the more the displacement, usually done by changing the crank shaft that has higher lifts. You can opt for an aftermarket crank shaft or if you know how, transplant one from another car model into your own. Just be sure it won't over stroke and result in the pistons shaking hands with the valves. There's some theory that the shorter the stroke the better the lower end torque, the longer the stroke the more power there is in the mid to high. I've never been able to confirm this so if someone could share their experience that would be good.

Oversized pistons are exactly that too. Bigger, wider pistons. Depending on your application, you can opt for high compression pistons, flat top pistons or low compression pistons. For NA one usually would opt for high compression pistons which decreases the compression area where the fuel is ignited which results in more bang for buck. Sort of. High compression mods usually require higher octane fuel to run otherwise risk pre-detonation of the fuel, which basically is bad. Forced induction applications usually opt for low compression pistons since turbos / superchargers require the lower compression. I have heard of psychotic high compression forced induction builds and apparently it's do-able without killing yourself, so it all depends on your tuner. Pistons generally have two common types, forged and cast iron. Forged pistons are lighter, stronger than cast iron types but are considerably more expensive. Stock OEM pistons are usually cast iron. Again if you know how, you can transplant pistons from other car models into your engine. You'll need to change piston rings and it's usually recommended to change the crankshaft bearings. Why? Better oil flow and changing out the worn bearings is always a good idea.

To fit oversized pistons you'll need to bore the cylinders in your engine block to fit the pistons. This is the tricky bit, overbore and you might get too close (or hit) the water jackets (this is where the coolant flows), this'll mean major cooling issues and possibly a warped block. So do your research, find out how much is "safe" to bore and then only buy a suitable piston to plonk in. Also, resleeve the cylinders with quality sleeves, your pistons will thank you for this extra step.

Lastly, the conrod - or connecting rod. The thing that connects the piston to the crankshaft. Why is this important? Because you can control the stroke distance depending on the conrod length. Also it's the only thing holding the piston to the crankshaft so it better be able to take all the punishment you're gonna dish it! So it's generally a good idea to get forged or reinforced conrods when you modify your car for big power. Again - if you know how, you can always transplant from another car model. 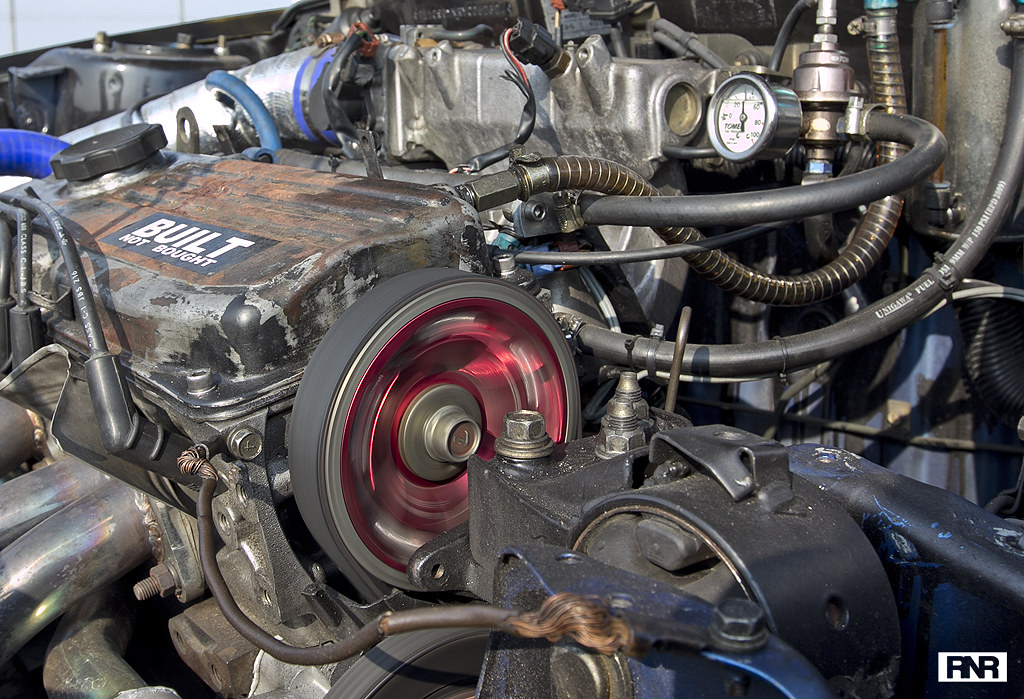 Next up I'd recommend upgrading your fueling system. Why? Like the equation says, more fuel + more air = more power. You've upgraded the displacement so feed the engine properly. Assuming you're going for high compression, the engine will suck in a lot of air so it's only appropriate you fuel it just as much otherwise you'll get a catastrophically lean engine and probably burn a piston or two. However it's worth noting that stock ECUs that can adapt to your mods (like the Siemens VDO ECU) are programmed to run richer than ideal to protect the engine.

Fuel pump upgrades is a no brainer. If your tuner says your stock fuel pump isn't pumping the fuel fast enough change it! If your existing pump is sufficiently pumping enough fuel, then throw in a fuel regulator so you can control the fuel pressure. It's like a water hose, you turn the tap on and the water just flows, but squeeze your thumb over the outlet of the hose and you get a fine spray. Control your thumb and you get a different spray pattern. Same concept. How does this affect power? It basically helps with combustion, the more complete the combustion the better it is for you. The finer the fuel spray is the easier it is to burn. So depending on how you want it to burn, adjust your regulator accordingly.

Note - Some modern cars have 'returnless' fuel systems. Meaning the fuel only flows one way and there basically isn't any room to install a fuel regulator. You can either opt to just upgrade the pump to squeeze in more petrol (like opening the water tap more to allow a stronger water flow) or you modify the whole fueling system to be non-returnless.

The fuel injector is essentially the equivalent of your thumb on the water hose outlet. The bigger the injector, the more fuel it will allow to flow through. Having said that however, bigger is not always better. Injectors have a 'optimum' flow point and installing a 1000cc injector on a 1.3L car is pointless and you're underutilizing the injector. This might spoil the injector in the long run. That's a laymans way of explaining how injectors run best at 80-85% duty cycle and using the wrong size might underutilize or over exert the injector. To be continued.